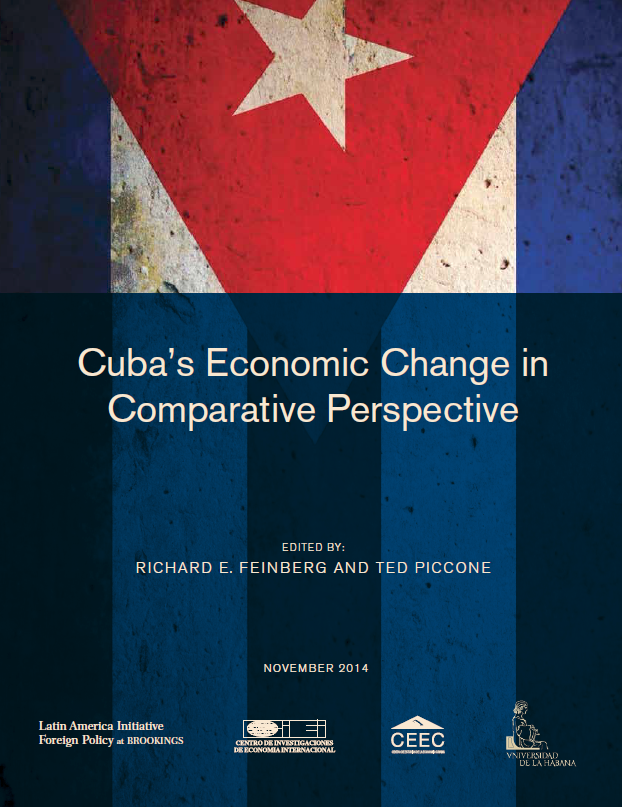 The Cuban economy has been mired in stagnation for more than two decades, with declining living standards, an outdated productive apparatus and a balance of payments under severe strain. Frustrated by the lack of promising opportunities, many of the best educated youth are exiting the island. In response to these accumulated challenges, the Cuban government has initiated a process of gradual but increasingly comprehensive economic reforms that eventually may resemble a form of mixed market socialism open to the international economy.

The six papers authored by Cuban and international economists in Cuba’s Economic Change in Comparative Perspective explore the roots of the economic crisis from Soviet-era central planning decades earlier, assess reforms undertaken by President Raúl Castro, analyze the challenges to change and recommend steps Cuba and the international community can take to overcome the crisis. Given that its often isolated reforms have so far created further distortions and failed to produce expected outcomes, the Cuban government should recognize the interrelated nature of economic variables as part of these key policy proposals and should present a clear strategic development model. More transparent goals and consistent implementation would improve the coherency of policymaking and help mitigate public anxieties about the future.

These papers were produced as part of a series of expert workshops organized by the Brookings Institution’s Latin America Initiative and the University of Havana’s Center for the Study of the Cuban Economy and the Center for Research on the International Economy.

Heyday of Asian regionalism? Implications of the Regional Comprehensive Economic Partnership for the United States