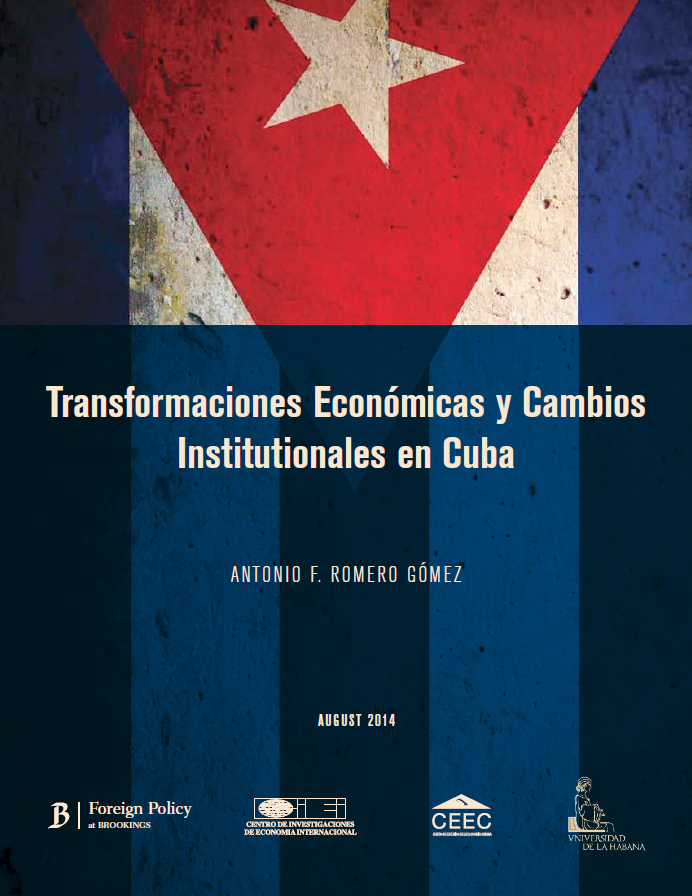 Editor’s note: This paper is currently only available in Spanish. The English translation is forthcoming.

In Economic Transformation and Institutional Change in Cuba, Antonio Romero, a Cuban academic at the University of Havana who specializes in international economy, analyzes the economic and institutional changes that have occurred in Cuba in recent years (2011-2014). He raises some of the most important institutional challenges facing Cuban society today and highlights what remains to be done in this respect in the reform process.

Romero concludes that excessive gradualism in the rate of the reforms could lead to further complication: it is almost imperative that reforms be undertaken simultaneously in order to create conditions in which the new forms of economic organization operate efficiently. Also, advancing the reform process will necessarily involve an exercise of institutional innovation. This should utilize the high educational level of the Cuban population. Furthermore, the reduction of the state apparatus, the clear delineation of business and government functions and the creation of a network of heterogeneous firms promote a better institutional environment that will facilitate economic growth through improved conditions for microeconomic performance. Meanwhile, the relaunch of the non-state sector and the consequent changes in the tax system create prospects for a significant change in the relationship between the state and citizens, but this will take time and in any case will depend on the dimensions that actually reach the private and cooperative sectors. Finally, Romero notes that an important and essential challenge is to keep in mind the interlinkages between social policy and economic policy to ensure sustainable growth.

This paper was prepared for a series of expert workshops on Cuban economic change in comparative perspective organized by the Foreign Policy Latin America Initiative at the Brookings Institution and the University of Havana’s Center for the Study of the Cuban Economy and the Center for the Study of the International Economy. It was presented at an experts’ seminar in Havana, Cuba on September 26, 2013 and was subsequently revised. The papers being prepared for this series will be collected in an edited volume and published by Brookings in November 2014.

Growth and distribution in the digital era