Student debt is a big issue in the 2020 presidential campaign for an obvious reason: There’s a lot of it—about $1.5 trillion, up from $250 billion in 2004. Students loans are now the second largest slice of household debt after mortgages, bigger than credit card debt. About 42 million Americans (about one in every eight) have student loans, so this is a potent issue among voters, particularly younger ones.

Q. Is college worth the money even if one has to borrow for it? Or is borrowing for college a mistake?

A. It depends. On average, an associate degree or a bachelor’s degree pays off handsomely in the job market; borrowing to earn a degree can make economic sense. Over the course of a career, the typical worker with a bachelor’s degree earns nearly $1 million more than an otherwise similar worker with just a high school diploma if both work fulltime, year-round from age 25. A similar worker with an associate degree earns $360,000 more than a high school grad. And individuals with college degrees experience lower unemployment rates and increased odds of moving up the economic ladder. The payoff is not so great for students who borrow and don’t get a degree or those who pay a lot for a certificate or degree that employers don’t value, a problem that has been particularly acute among for-profit schools. Indeed, the variation in outcomes across colleges and across individual academic programs within a college can be enormous—so students should choose carefully.

Q. Who is doing all this borrowing for college?

Most undergrads finish college with little or modest debt: About 30% of undergrads graduate with no debt and about 25% with less than $20,000. Despite horror stories about college grads with six-figure debt loads, only 6% of borrowers owe more than $100,000—and they owe about one-third of all the student debt. The government limits federal borrowing by undergrads to $31,000 (for dependent students) and $57,500 (for those no longer dependent on their parents—typically those over age 24). Those who owe more than that almost always have borrowed for graduate school.

Where one goes to school makes a big difference. Among public four-year schools, 12% of bachelor’s degree graduates owe more than $40,000. Among private non-profit four-year schools, it’s 20%. But among those who went to for-profit schools, nearly half have loans exceeding $40,000.

Q. Why has student debt increased so much?

Q. How many student loan borrowers are in default?

Put differently, out of 100 students who ever attended a for-profit, 23 defaulted within 12 years of starting college in 1996 compared to 43 among those who started in 2004. In contrast, out of 100 students who attended a non-profit school, the number of defaulters rose from 8 to 11 in the same time period. In short, the government has been lending a lot of money to students who went to low-quality programs that they didn’t complete, or that didn’t help them get a well-paying job, or were outright frauds. One obvious solution: Stop lending money to encourage students to attend such schools.

The penalty for defaulting on a student loan is stiff. The loans generally cannot be discharged in bankruptcy, and the government can—and does—garnish wages, tax refunds, and Social Security benefits to get its money back.

Q. Which student loan borrowers are most likely to default?

A. According to research by Judy Scott-Clayton of Columbia University, Black graduates with a bachelor’s degree default at five times the rate of white bachelor’s graduates—21% compared with 4%. Among all college students who started college in 2003–04 (including borrowers and non-borrowers), 38% of Black students defaulted within 12 years, compared to 12% of white students.

Part of the disparity is because Black students are more likely to attend for-profit colleges, where almost half of students default within 12 years of college entry. And Black students borrow more and have lower levels of family income, wealth, and parental education. Even after accounting for types of schools attended, family background characteristics, and post-college income, however, there remains an 11-percentage-point Black–white disparity in default rates.

Q. If so many students are struggling to repay their loans, how much are taxpayers on the hook for?

A. For many years, federal budget forecasters expected the student loan program to earn a profit—until recently. In its latest estimates, the Congressional Budget Office expects the program to cost taxpayers $31 billion for new loans issued over the next decades. And that figure uses an arcane and unrealistic accounting method required by federal law. Using an accounting method that calculates the subsidy to borrowers from getting loans from the government at rates well below those they’d be charged in the private sector, the cost to taxpayers is $307 billion. And that largely excludes the cumulative losses already anticipated on loans issued prior to 2019.

A. More adults between 18 and 35 are living at home, and fewer of them own homes than was the case for their counterparts a decade or two ago. But these trends are mostly due to these folks entering the work force during the Great Recession rather than due to their student loans. Federal Reserve researchers estimate that 20% of the decline in homeownership can be attributed to their increased student loan debt; the bulk of the decline reflects other factors.

Q. What about income-driven repayment plans?

Q. What’s with all these proposals to forgive student debt?

A. Some Democratic candidates are proposing to forgive all (Bernie Sanders) or some student debt. Sen. Elizabeth Warren, for instance, proposes to forgive up to $50,000 in loans for households with less than $100,000 in annual income. Borrowers with incomes between $100,000 and $250,000 would get less relief, and those with incomes above $250,000 would get none. She says this would wipe out student loan debt altogether for more than 75% of Americans with outstanding student loans. Former Vice President Joe Biden would enroll everyone in income-related payment plans (though anyone could opt out). Those making $25,000 or less wouldn’t make any payments and interest on their loans wouldn’t accrue. Others would pay 5% of their discretionary income  over $25,000 toward their loan. After 20 years, any unpaid balance would be forgiven. Pete Buttigieg favors expansion of some existing loan forgiveness programs, but not widespread debt cancellation.

Forgiving student loans would, obviously, be a boon to those who owe money—and would certainly give them money to spend on other things.

But whose loans should be forgiven? “What we have in place and we need to improve is a system that says, ‘If you cannot afford your loan payments, we will forgive them’,” Sandra Baum, a student loan scholar at the Urban Institute, said at a forum at the Hutchins Center at Brookings in October 2019. “The question of whether we should also have a program that says, ‘Let’s also forgive the loan payments even if you can afford them’ is another question.”

Despite her best intentions and her description of her plan as “progressive,” in fact, the bulk of the benefits from Sen. Warren’s proposal would go to the top 40% of households because they have the bulk of the loans. Borrowers with advanced degrees represent 27% of borrowers, and would get 37% of the benefit.

Loan forgiveness proposals also raise questions of fairness: Is forgiving all or some outstanding loans fair to those who worked hard to pay off their debts? Is it fair to taxpayers who did not attend college? 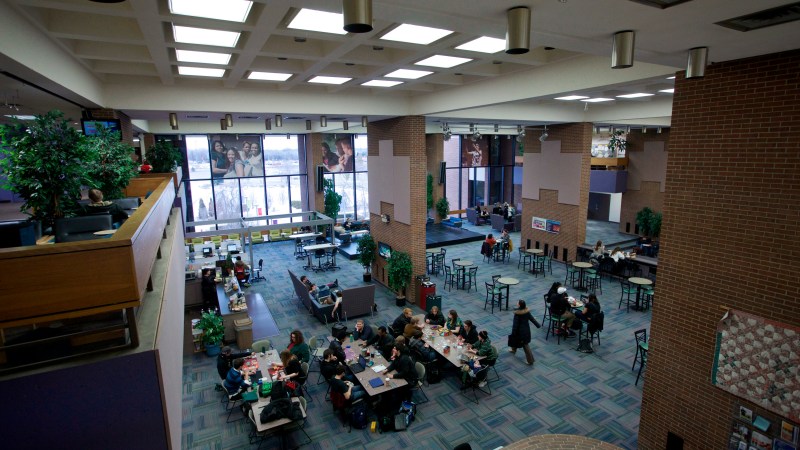 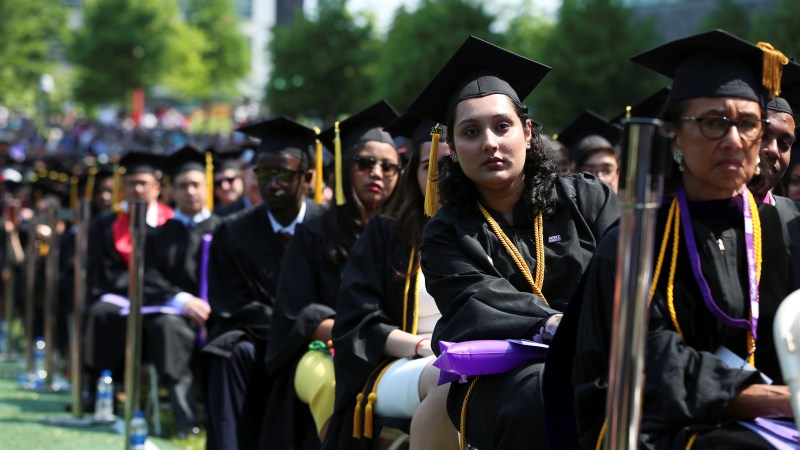 Americans owe about $1.5 trillion on their student loans–more than they owe on their credit cards. 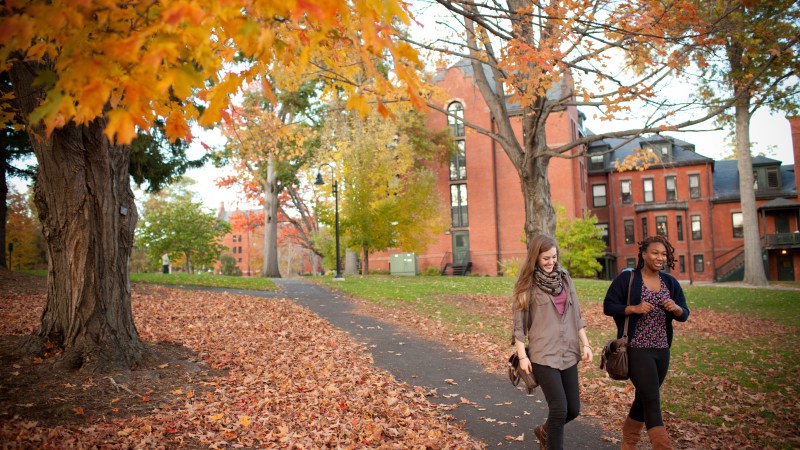 Student loans: A look at the evidence

On October 7, the Hutchins Center on Fiscal & Monetary Policy at Brookings invited half a dozen economists to discuss some of the big questions and controversies surrounding student loan debt. 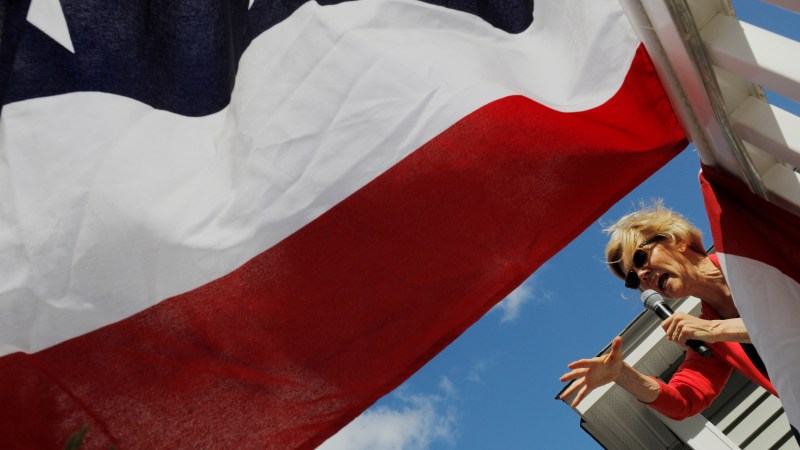 Why is college affordability getting so much attention? The short answer is that the price of college is rising, which affects everyone who is even thinking of college. 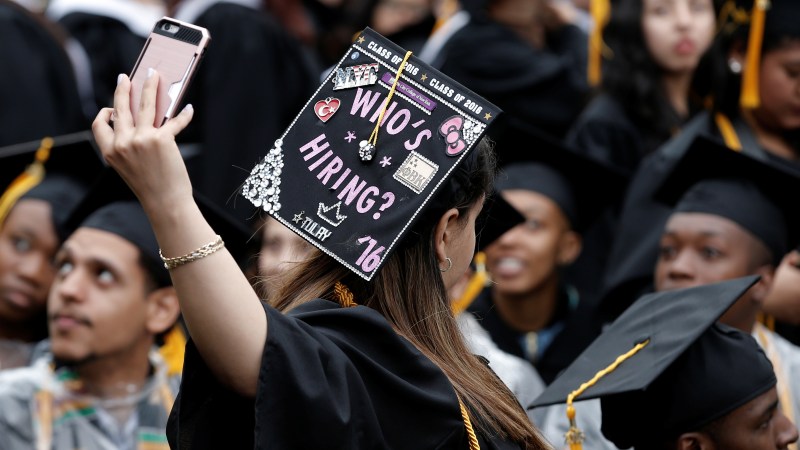 A growing share of students and parents are taking out increasingly large loans to earn higher education degrees that do not pay off the down the road. With student debt now reaching $1.4 trillion, many are rightly worried about what will happen if it cannot be repaid.