Presidential candidate and Senator Elizabeth Warren proposes to forgive up to $50,000 of student debt for borrowers with household incomes of less than $250,000. According to her analysis, the proposal would cost $640 billion plus another $610 billion over 10 years to make public college tuition free for future students, and would wipe out debts for 75 percent of student borrowers and make a huge dent in it for others.

It’s unclear in the proposal where our education system would go next if this proposal were adopted. While Senator Warren’s proposal offers “free college” at public institutions (another regressive element given 35 percent of public college students are from families in the top 20 percent of the income distribution), millions of students will continue to borrow to attend private institutions, graduate and professional schools, and to cover living expenses while enrolled.[1] How can we sustain a system with open-ended borrowing and broadly available loan forgiveness?

The simple fact is that it’s hard to design a progressive and coherent loan relief policy. In one way, it’s like the subprime crisis: too many borrowers were fooled (or fooled themselves) into taking out speculative loans that were impossible to repay. But the vast majority of prime borrowers were responsible, made conservative choices, and continued to pay their loan obligations. We struggled then to differentiate the deserving from undeserving, responsible from irresponsible, and with the potential costs of widespread write-downs.

Debt relief for student loan borrowers, of course, only benefits those who have gone to college, and those who have gone to college generally fare much better in our economy than those who don’t. So any student-loan debt relief proposal needs first to confront a simple question: Why are those who went to college more deserving of aid than those who didn’t? More than 90 percent of children from the highest-income families have attended college by age 22 versus 35 percent from the lowest-income families.[2] Workers with bachelor’s degrees earn about $500,000 more over the course of their careers than individuals with high school diplomas.[3] That’s why about 34 percent of all student debt is owed by borrowers in the top quartile of the income distribution and only 12 percent owed by the bottom 25 percent. Indeed, the majority of all student debt is owed by borrowers with graduate degrees.[4]

To illustrate who benefits from the proposal, I analyzed data collected in 2016 by the Federal Reserve’s Survey of Consumer Finances. I focused on student borrowers who were out of school and age 25 and older, to get an accurate picture of typical borrowers’ economic situations (for instance, to avoid young, in-school borrowers erroneously classified as being poor). I modeled Warren’s proposal two ways. First, I asked how debt burdens would change across households—a first pass at determining who benefits.

However, that simple analysis is likely to overstate the benefits of debt forgiveness for low- and middle-income families, because these borrowers are more likely to qualify for reduced interest rates and loan forgiveness under current law. And the simple analysis is likely to understate the benefits for high-income families, whose loans are more likely to be paid in full and at the highest interest rates that apply to graduate and parent PLUS loans. Because loan relief is therefore worth more to high-income, highly-educated borrowers, and less to lower-income borrowers, the true effect of the policy is to be more regressive than the simple analysis suggests.

So in the second analysis, I look at how annual payments would change under the plan, which takes into account differences in interest rates across groups or the use of income-based repayments and forbearance, which allow borrowers to reduce or suspend payments during times of hardship. The change in annual debt payments provides a more accurate representation of how the proposed relief would affect household finances and day-to-day living.

The results are displaced in the following table.  The table presents the effect of the policy on household debt (the left columns) and on household debt payments (the right columns), for households classified by household income percentile, age, educational attainment, race, and employment status. For instance, among all borrowers (the first row), the policy is expected to reduce debt burdens by an average of $23,091, wipe out student debt for 75 percent of households, and provide some benefit to 96 percent of student loan borrowers.  Measured by the reduction in annual debt payments, the proposal would save households an average of $1,613, but benefit only 60 percent of households (because many are already making no payment). 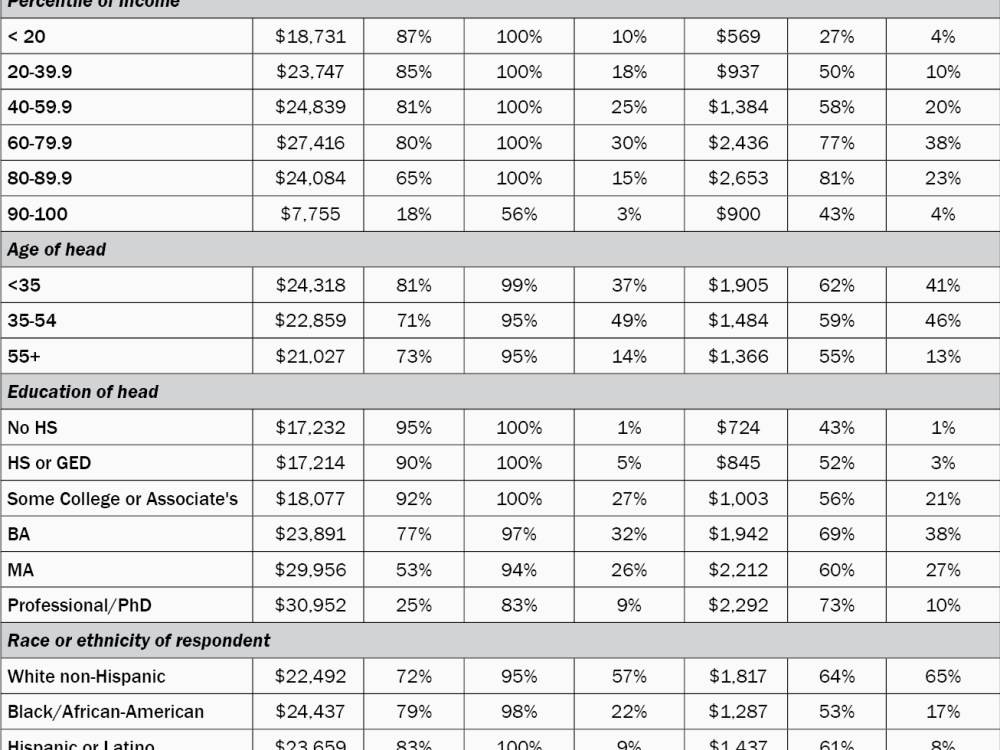 Examining the effect of the proposal across income groups, average amount of debt relief varies across households, with households in the bottom 20 percent of the income distribution having about $18,700 in debt forgiven and borrowers in the fourth quintile (between the 60th and 80th percentiles) having $27,400 forgiven. Because of the phase-out and limitation on debt forgiveness for higher-income households, the average forgiveness among top 10 percent households is $7,800.

Measured by its effects on annual debt service payments, the policy is even more regressive. This analysis shows that low-income borrowers save about $569 in annual payments under the proposal, compared to $900 in the top 10 percent and $2,653 in the 80th to 90th percentiles. Examining the distribution of benefits, top-quintile households receive about 27 percent of all annual savings, and the top 40 percent about 66 percent. The bottom 20 percent of borrowers by income get 4 percent of the savings.

The analysis also allows for an examination of how the benefits vary across educational, economic, and demographic groups.  For instance, while households headed by individuals with advanced degrees represent only 27 percent of student borrowers, they would claim 37 percent of the annual savings. White-collar workers claim roughly half of all savings from the proposal. While the Survey of Consumer Finances does not publish detailed occupational classification data, the occupational group receiving the largest average (and total) amount of loan forgiveness is the category that includes lawyers, doctors, engineers, architects, managers, and executives.  Non-working borrowers are, by and large, already insured against having to make payments through income-based repayment or forbearances; most have already suspended their loan payments. While debt relief may improve their future finances or provide peace of mind, it doesn’t offer these borrowers much more relief than that available today.

The reality is that it’s hard to design a progressive and coherent loan relief policy that is better than the policies we have in place today. Under current law, almost all student borrowers are eligible for income-based repayment plans that cap their monthly payments at 10 percent of their disposable income and offer forgiveness after 20 years (25, if a graduate borrower). That option provides insurance against temporary unemployment, limits loan payments to a modest amount of income, and offers light at the end of the tunnel after an appropriate length of time. If there is a flaw in this approach, it’s that too few borrowers are enrolled in income-based repayment plans, struggling borrowers face too many hurdles signing up, and it’s too difficult to stay enrolled. Those are all problems the President and Congress can solve by making an income-based plan the standard plan and allowing the IRS and Department of Education to collaborate more closely on its implementation.