Several recent studies emphasize the potential of long-acting reversible contraceptive (LARC) methods, such as Intrauterine Devices and subdermal implants, to reduce unintended pregnancy rates. These studies show that the risk of pregnancy among women using long-acting methods is much lower than among those relying on shorter-acting methods such as condoms and the birth control pill.

These data suggest the biggest gains will come not from shifting women from less effective to more effective methods, but from getting more noncontraceptors to use contraception. Our own work, forthcoming in the journal Contraception, supports this suggestion. For our analyses, we used the FamilyScape simulation model, created by researchers at Brookings, Georgetown University, and Child Trends, to estimate the impacts of changes in contraceptive behavior on the nonmarital pregnancy rate.

As is the case in the real world, most women are using some form of contraception at the start of the simulation: 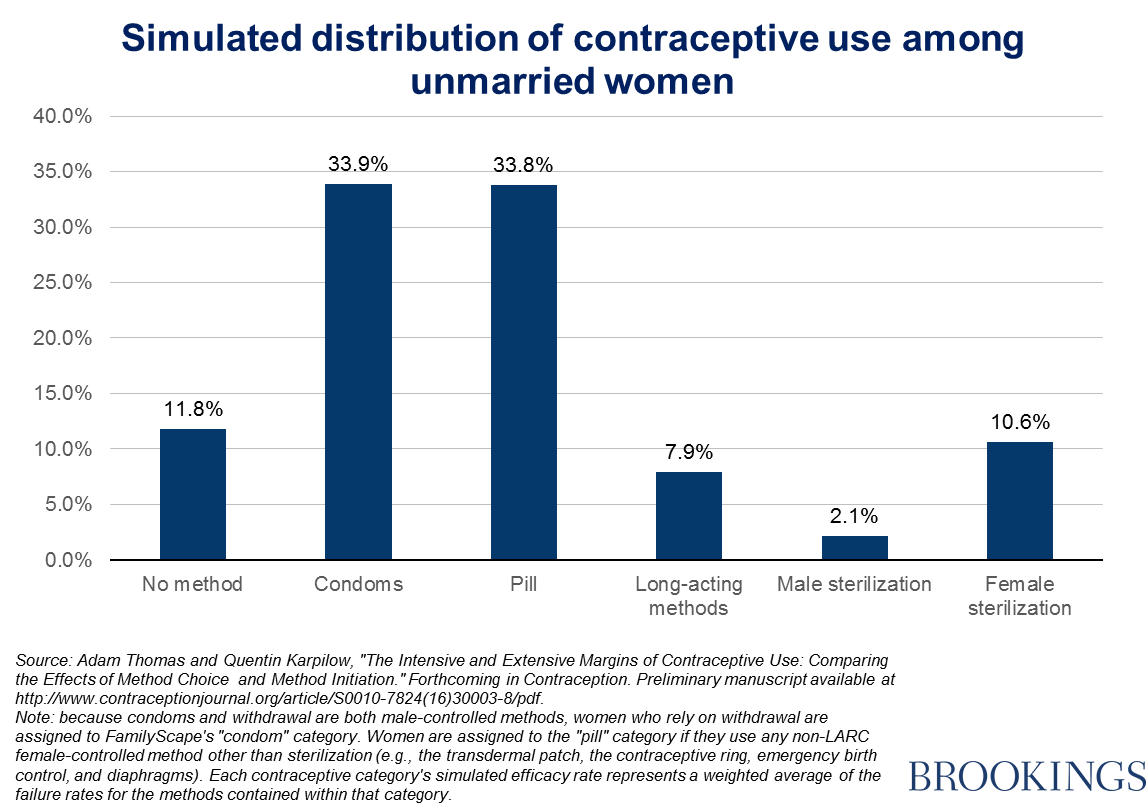 The figure below summarizes our key results. We found much bigger effects on nonmarital pregnancy rates when women switch from non-use to condoms than when women switch from less effective methods to LARC methods. In other analyses, we assumed that LARC users never discontinue their methods and that sexually active noncontraceptors have a lower risk of pregnancy when they do not wish to become pregnant. The results of these analyses supported our core conclusion that women’s decisions about whether to use any contraception are more impactful than their decisions about which method to use. 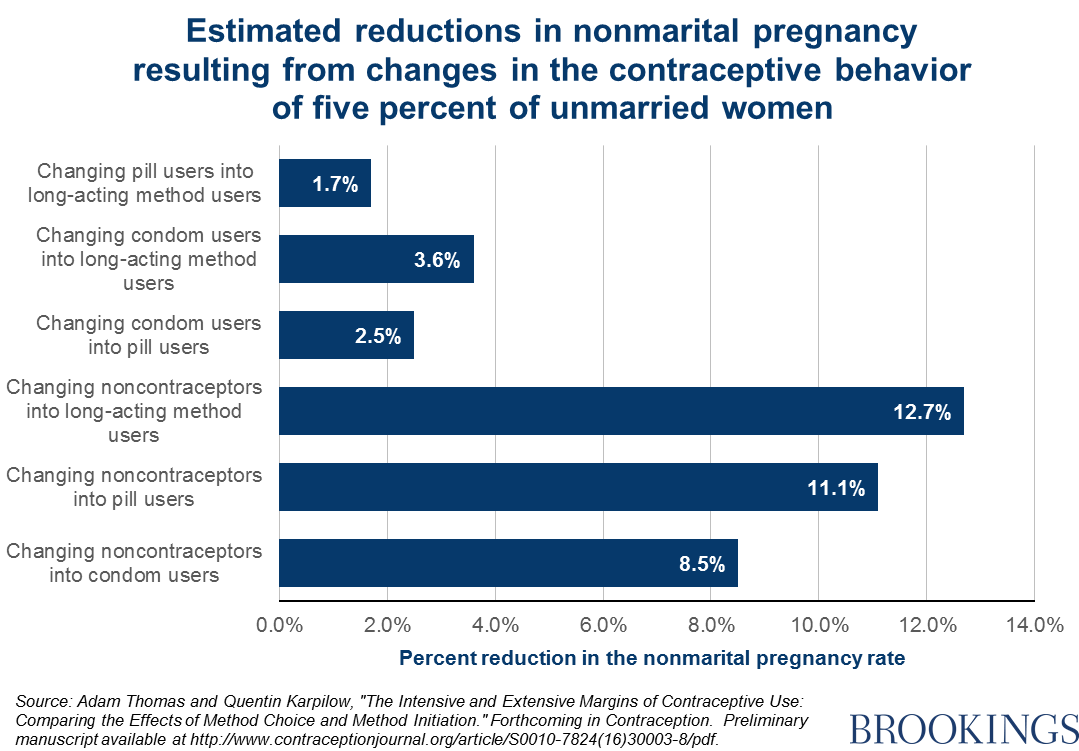 Increase long-acting method use and improve incentives to use contraception

Our study confirms that long-acting methods are more effective than any other form of reversible contraception. Expanded use of these methods is also likely to generate meaningful public-sector and private-sector savings.

On the other hand, we could make huge progress by convincing nonusers to begin using contraception: ideally, long-acting contraception, but even increased use of less effective methods would make a big difference.

Economic prospects are likely to be an important factor too. There is evidence that disadvantaged young women often feel ambivalent about unwed motherhood, and that early childbearing is most common in places with low levels of economic mobility. An important way to incentivize disadvantaged women to use contraception, then, is to improve their economic prospects. Lowering the barriers that these women face in accessing contraception may be less important than raising their long-term economic outlook.

Moving forward, the challenge for researchers is to explain why some women neglect to use contraception even when they are sexually active and not seeking pregnancy. The challenge for policymakers and practitioners is to design interventions targeted on this critically important group. Method choice matters, but the choice to use any method is what matters most.

Adam Thomas is a Visiting Associate Professor at Georgetown University’s McCourt School of Public Policy and a Research Fellow at Child Trends. He is also former Research Director of the Center on Children and Families at Brookings.

Quentin Karpilow is a Research Analyst at Child Trends and a former research assistant in the Center on Children and Families at Brookings.