The main goal of the climate negotiations at COP21 will be to draft an agreement that will limit global temperature increases to 2 degrees Celsius above pre-industrial levels. To transition to a low-carbon economy, climate finance—and, in particular, financing for infrastructure—will be crucial to future plans. 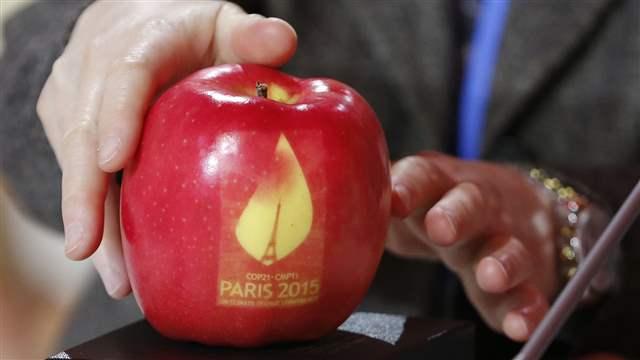 Reuters/Stephane Mahe – A participant holds an apple marked with the logo of the World Climate Change Conference 2015 (COP21) during a meeting at Le Bourget, near Paris, France, December 7, 2015

In his brief, Senior Fellow Joshua Meltzer looks at the finance required to meet climate mitigation and adaptation needs, and outlines three ways the Green Climate Fund (GCF) could be improved in Paris to best meet climate finance needs.

Meltzer argues that “climate finance should be used to strengthen countries’ enabling environment.” In fact, he states that climate finance can decrease policy and political uncertainty (and in turn increasing investment), build government capacity to undertake these projects, and support the creation of a carbon price to phase out fossil fuel subsidies.

Given the size of the needs and the limits to climate finance, at Paris the parties should reaffirm the $100 billion goal and agree on the need to scale up financing over time.

Finally, Meltzer says that financing adaption is an area where the GCF could particularly help, especially when it comes to vulnerable and developing countries.

, and the three ways the Green Climate Fund could be improved at Paris in order to best meet climate finance needs.

Why developing country voices will shape the global climate agenda