This paper shows how the rapid growth of Hispanic and Asian origin groups and new internal shifts of African Americans are transforming the racial and ethnic demographic profiles of America’s largest metropolitan areas ahead of other parts of the country. 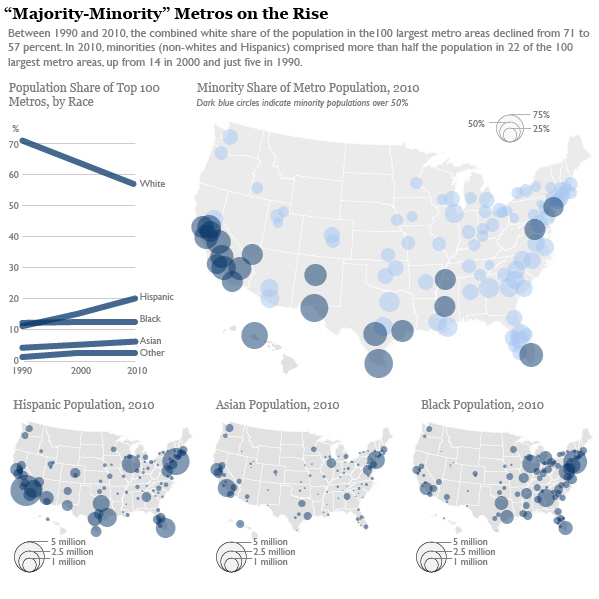