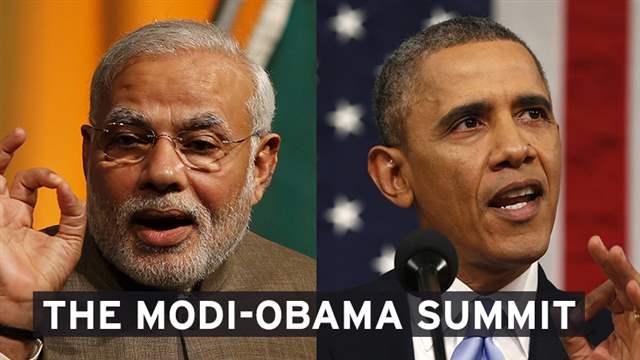 Indian Prime Minister Narendra Modi will visit New York and Washington, D.C. from September 27-30. This will be his first visit to the U.S. as leader of the world’s largest democracy and the first opportunity for the prime minister and President Barack Obama to meet. Modi will also engage with congressional leaders, the private sector and members of the Indian diaspora. The goal will be to build on the India-U.S. relationship, which has bilateral, regional and global dimensions. It also encompasses interaction in the fields of economics and trade, energy and climate change, cyber-governance, counter-terrorism, counter-proliferation, and defense issues, as well as health and immigration.

On September 23, The India Project at Brookings hosted an event to preview the Modi visit and release a new Brookings policy brief “The Modi-Obama Summit: A Leadership Moment for India and the United States,” which contains over two dozen memos that provide an overview of the most important opportunities in the bilateral relationship and recommendations for next steps both governments should take. The panel discussion included Tanvi Madan, fellow and director of The India Project; Joshua Meltzer, fellow with the Global Economy and Development program; and Neil Ruiz, senior policy analyst and associate fellow in the Metropolitan Policy program. William Antholis, managing director of Brookings, moderated the discussion.

The panel was followed by a featured conversation on U.S.-India relations with Rep. Eliot Engel, ranking member of the House Foreign Affairs Committee, moderated by Brookings President Strobe Talbott.