40 years later- The relevance of Okun’s "Equality and Efficiency: The Big Tradeoff"

Forty years after its initial publication, Equality and Efficiency: The Big Tradeoff remains an influential work from one of the most important macroeconomists over the last century, Arthur M. Okun (1928-1980). Okun’s theory on market economies reminds readers of an engaging dual theme: the market needs a place, and the market needs to be kept in its place. Articulated in a way that remains relevant even during today’s discussions on broadening gaps in income inequality, Okun emphasized that institutions in a capitalist democracy prod us to get ahead of our neighbors economically after telling us to stay in line socially.

On May 4, The Brookings Institution Press re-released Okun’s classic work with a new foreword from Former Treasury Secretary Lawrence H. Summers, in addition to “Further Thoughts on Equality and Efficiency,” a paper published by Okun in 1977. The event included opening remarks from Brookings Senior Fellow George Perry, with a keynote address from Larry Summers. Following these remarks, David Wessel moderated a panel discussion with former Chair of the Council of Economic Advisers Greg Mankiw, Economic Studies’ Melissa Kearney and Justin Wolfers, and Washington Center for Equitable Growth’s Heather Boushey regarding the history and impact of Okun’s work. 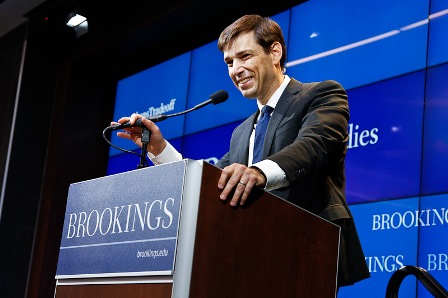 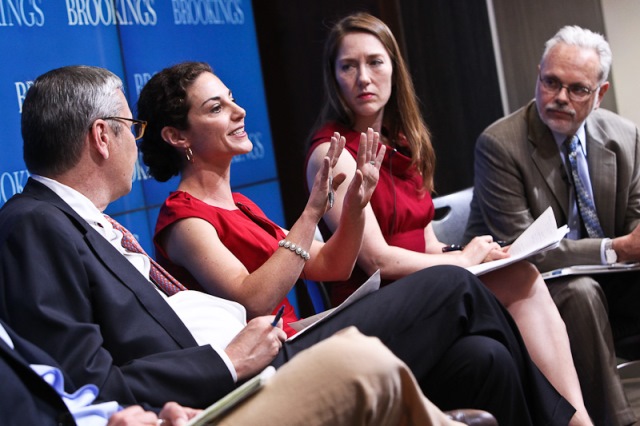 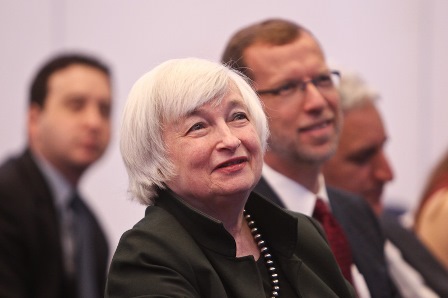 Janet Yellen, Chair of the Board of Governors of the Federal Reserve System, listens to the discussion from the audience. To Yellen’s right is former Congressional Budget Office director, Doug Elmendorf.