In the six decades between 1910 and 1970, the Great Migration saw more than 5 million blacks leave the South. New employment opportunities in Northern and Western cities coupled with poor and deteriorating working conditions in the Jim Crow South gave rise to one of the greatest regional population exoduses in the nation’s history. In 1910, Georgia, Mississippi and Alabama housed the country’s largest black populations; in 1970 it was New York, Illinois and California. 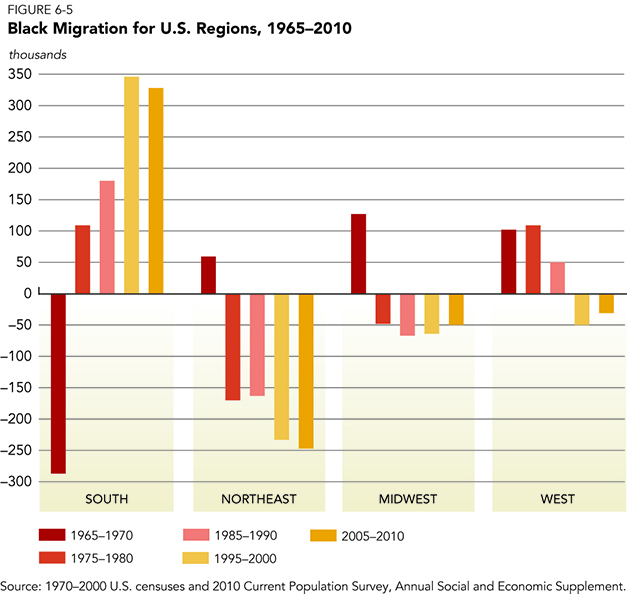 As analyzed in my book, Diversity Explosion, that began to change after 1970 as northern cities experienced manufacturing job losses, and a string of urban race riots diminished the promise of Northern and Western cities for blacks. What began as a small African American migration back to the South in the in the 1970s and 1980s, turned into a more substantial movement during the 1990-2010 period, as new generations of blacks, including professionals and college graduates, favored economically rising Southern states such as Georgia, Texas, North Carolina and Florida; states to which many still held strong cultural and family affinities. Black Northern and Western retirees joined in and no signs of a slowdown are apparent. As a consequence, the 2010 census showed absolute declines in the black populations of the previous black migrant destinations of New York, Illinois, Michigan and California—literally a reversal of history.