Not surprisingly the prevalence of out-marriage is high for new minorities, Hispanics and Asians, in light of the large pool of potential partners who are of different origins. More than four in ten new marriages of each group marry someone of a different race—with whites the most likely partners. 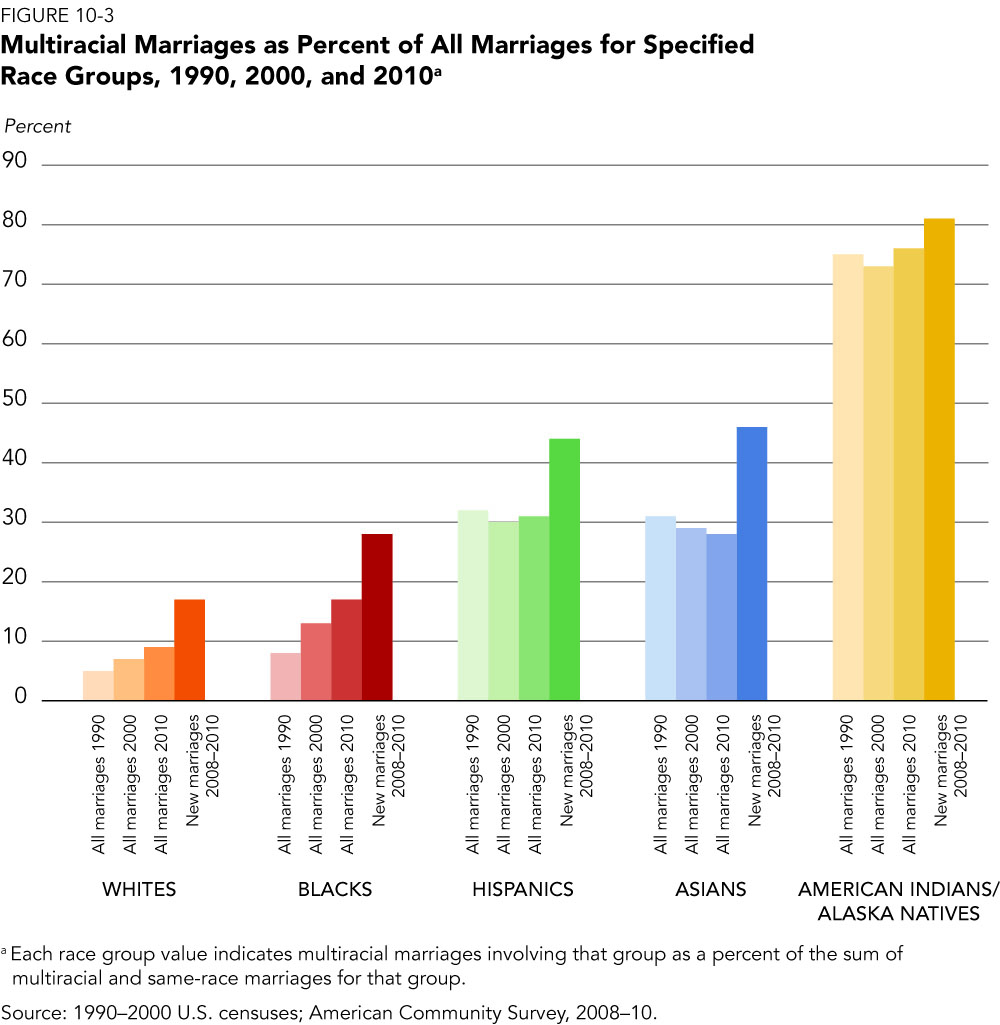 While multiracial marriages involving blacks are the least likely among major racial groups, the recent rise in such marriages is significant, as black-white marriages were prohibited in 16 states until 1967. The fact that nearly three in 10 new black marriages are multiracial with most of them to white spouses reflects an important shift toward blurring a long-held color line in the United States.