First, the good news: Fathers are taking a larger role in their children’s lives, according to recent reports from the White House’s Working Families Summit. The amount of time fathers spend per week on childcare has more than tripled since 1965, according to a factsheet released for the summit: 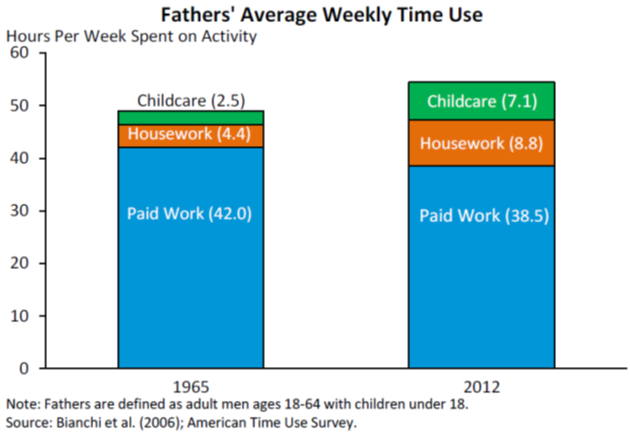 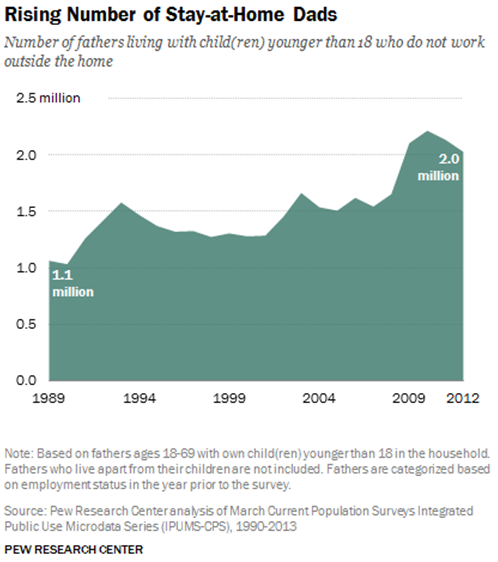 But There is a Fathering Gap

Not all fathers have embraced the new hands-on approach to parenting. There remains a class gap in the amount of time spent on childcare by fathers. Analyses by Robert Putnam show that fathers with at least a bachelor’s degree spend significantly more time one developmental child care than fathers with less than a high school degree.

There is a long way to go before fathers are doing as much childcare as mothers. But many more now see fathering as a job, not just a label. We know that children with strong parents are more likely to succeed later in life, and that investing in parents is an important step to investing in opportunity. Calls for universal paid family leave are one way to encourage both men and women to take an active role in their child’s life. We also need better research on evidence-based programs that can encourage higher-quality parenting. That means supporting dads as well as moms.  Fathers matter for social mobility.