According to popular wisdom, money can’t buy happiness. But money just might buy opportunity, according to Greg Duncan, Katherine Magnuson, and Elizabeth Votruba-Drzal, writing in the latest edition of Future of Children. 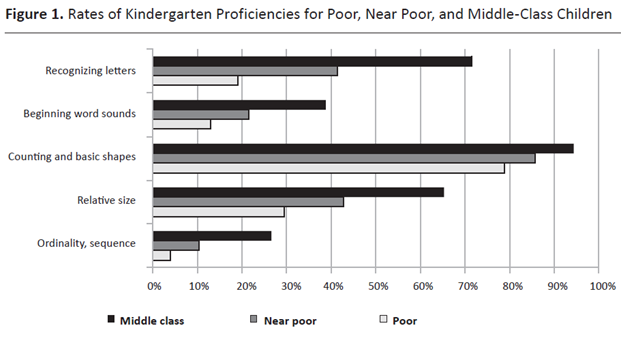 
These disparities persist and, in some cases, even grow over time.

Is Money the Cause, Though?

Of course, poverty is also associated with a variety of other disadvantages that are known to affect child development, including unstable family structures and low levels of parental education. The policy-relevant question then is how far money in itself impacts on life chances

There are two primary ways that income can affect child development: 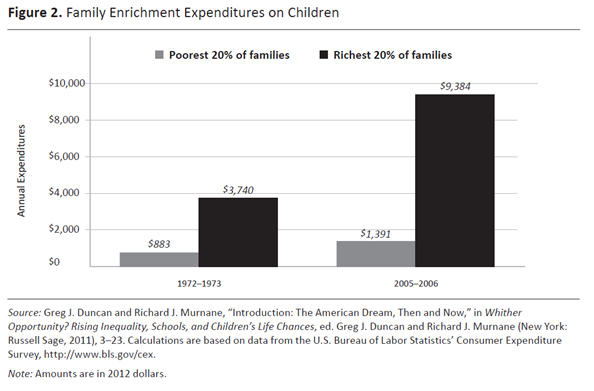 So, Will More Money Boost Outcomes?

Boosting the income of poor families seems to have modest, but positive, effects on a variety of short- and long-term child outcomes, according to a handful of well-designed observational and quasi-experimental studies. Many of the more rigorous income studies find that the effects of increasing family income are largest when children are young, supporting the the growing consensus that early childhood poverty is particularly detrimental to child development.

Money, then, matters for opportunity. But careful policy design is needed to ensure optimal outcomes. Duncan, Magnuson, and Votruba-Drzal suggest some improvements to current antipoverty policymaking:

To the extent that money matters, we need money-based policies. But we also need to invest in services, especially parenting, pre-K and school reform, which should make money matter less.