Part 2 in a three-part series on inequalities in early childhood development.

Deep divisions between rich and poor emerge in early childhood, with lifetime implications for social mobility. Yesterday, I showed the way affluent children dominate the top of the test score distribution, from pre-school onwards. The story for those scoring poorly on tests is, as you’d expect, a mirror image: 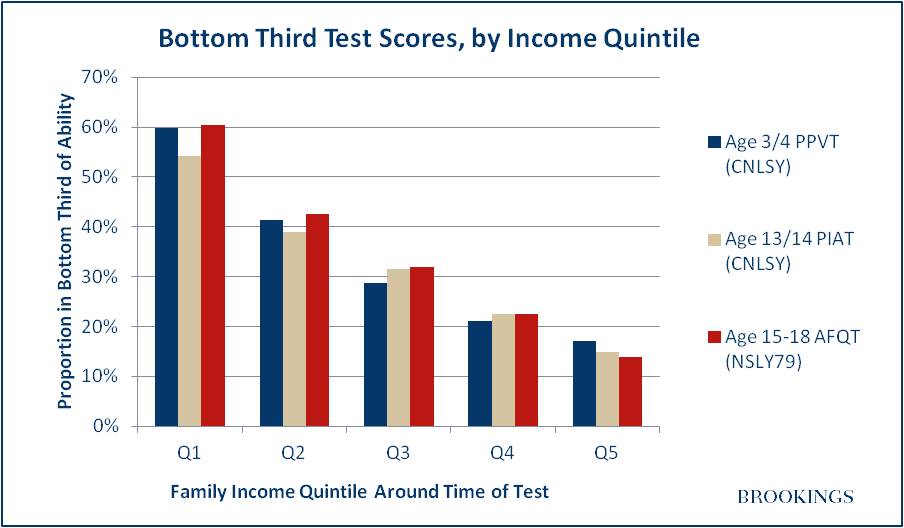 So what? Well, for one thing it looks as though the administration’s focus on the early years is fully justified. The gaps in cognitive ability between rich and poor that have opened up by the age of 3 or 4 are apparently replicated, almost automatically, up through adolescence. Closing the gap early is the right priority, especially between the poorest and the rest.