According to a new Center on Children and Families paper by Richard Reeves and Kimberly Howard, the parenting gap is a big factor in the opportunity gap. The chances of upward social mobility are lower for children with parents struggling to do a good job – in terms of creating a supportive and stimulating home environment. Children lucky enough to have strong parents are more likely to succeed at all the critical life stages, which means policies to help weaker parents do a better job can be investments in opportunity, and equality.

Here are some key findings from the paper: 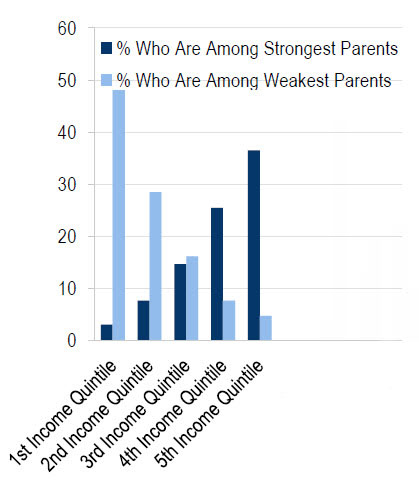 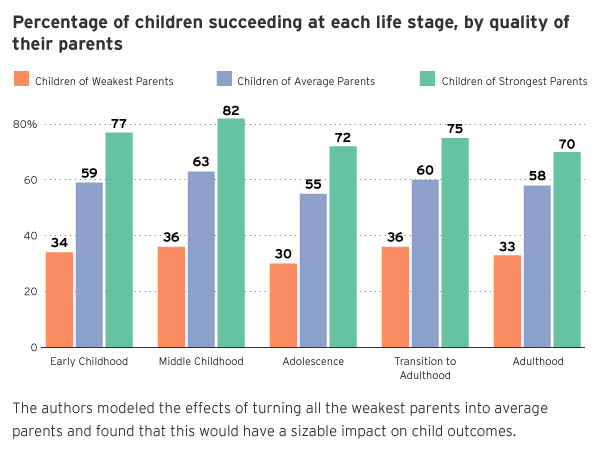