Policymakers from around the world have gathered in Paris to negotiate a new agreement addressing global climate change—an agreement some have said will be one of our last real chances to save the planet from substantial harm. Although the vast majority of scientists and leaders worldwide agree on the stakes, new research shows that addressing climate change may be even more important than previously thought, at least from an economic perspective. 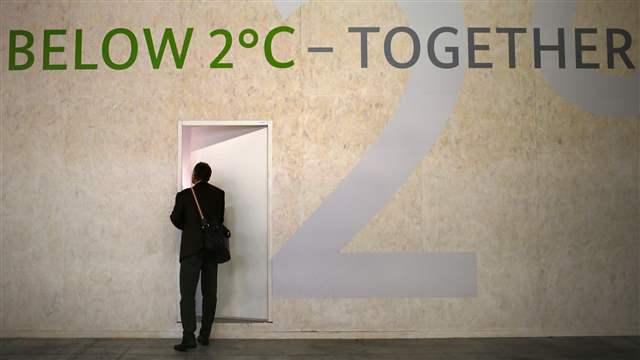 While the impacts of rising temperatures on building blocks of the economy— such as agricultural output and worker productivity, are increasingly well documented—the effects of temperature on overall economic productivity remain poorly understood. In research that I co-authored with Sol Hsiang and Ted Miguel of the University of California, Berkeley, we provide the first evidence that the global economy is linked to global climate change at a macro scale. Our findings suggest that, unmitigated, climate change could reduce global GDP by over 20 percent by 2100 – a number roughly 5-10 times larger than current estimates.

Unmitigated, climate change could reduce global GDP by over 20 percent by 2100 – a number roughly 5-10 times larger than current estimates.

How and why did we get such a big number? Our first step was to assemble historical data on economic output and climate from over 150 countries. We used these data to examine how changes in economic growth are related to changes in temperature. A couple of patterns jumped out. First, the economies of countries that are currently colder than average (think Sweden or Canada) tend to grow faster when their own national temperatures warm up. The opposite appears true for countries that are currently hot (think countries in Africa and South Asia): they tend to grow much more slowly when temperatures rise. At a global scale, growth appears to peak at an annual average temperature of 13 degrees Celsius (approximately 55 degrees Fahrenheit), which happens to be the average annual temperature of both New York City and Palo Alto. 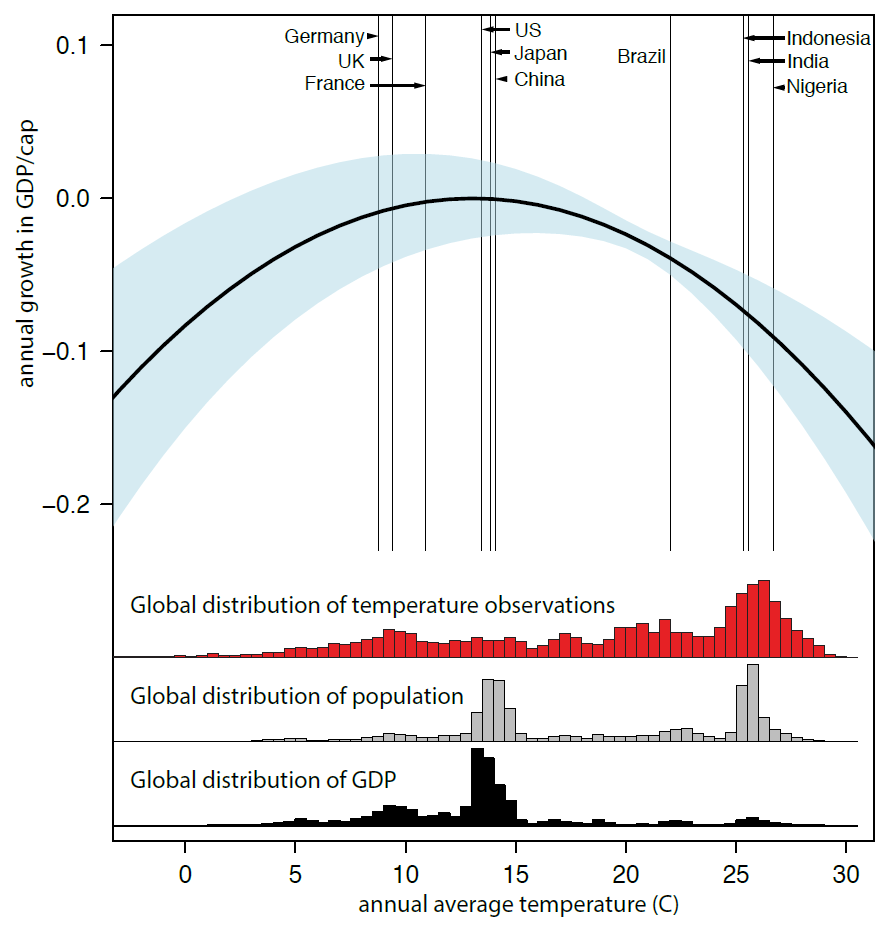 
We saw the same relationships in the historical data whether we were looking at rich countries or poor countries, or whether we were studying earlier time periods (e.g., the 1960s and ’70s) or just the most recent decades. This consistency flies in the face of a lot of conventional wisdom about adaptation. Put simply, the historical evidence tells us that we can’t assume that rich countries are less sensitive to changes in climate than poor countries, nor that—despite a lot of development over the last half-century—we have gotten better at dealing with climate over time.

World will be less rich than its potential

To understand what climate change might bring in the future, we combined these historical estimates with projections of how much temperature might change by 2100. We found that under a business-as-usual warming scenario, the global economy could be more than 20 percent smaller by 2100 than it would have been had temperatures remained fixed at today’s levels. This does not mean that the world will be poorer in 2100. It almost certainly will not, as there are other factors that will cause economies to grow. Instead, it means that the world will be substantially less rich than it would have been had temperatures not warmed.

Change in GDP per capita by country by 2100, compared to a world without climate change; Burke, Hsiang, and Miguel (2015)

In keeping with the historical evidence, we find that the roughly 20 percent of countries around the world that are currently cooler than optimal could benefit from future temperature increase. But the 80 percent of countries that are either at the current global optimum or already past it will be harmed as temperatures warm—and this include both poor countries in the tropics, as well as many wealthy countries such as the U.S. and Japan.

The stakes are high at COP21

So what are the main takeaways? Our results suggest that the global economic benefit of emissions reductions could be much larger than previously assumed. Of course, benefits must be weighed against the costs of undertaking emissions reductions—for instance, the costs of switching to alternative energy sources—but our analysis suggests that various mitigation options previously viewed as too costly should now be put back on the table.

We can’t assume that rich countries are less sensitive to changes in climate than poor countries.

The implications of not acting are troubling. If societies continue to function as they have in the recent past, climate change will likely reshape the global economy by substantially reducing global economic output and possibly amplifying existing global economic inequalities, relative to a world without climate change. Leaders from the developing and developed world at COP21 should take note. There is likely more at stake at the Paris meeting than we had thought.