Since 2000, China has emerged as Africa’s largest trading partner and a major source of investment finance as well. Large numbers of Chinese workers and entrepreneurs have moved to Africa in recent years, with estimates running as high as one million. China’s engagement with Africa has no doubt led to faster growth and poverty reduction on the continent. It is also relatively popular: In attitude surveys, 70 percent of African respondents have a positive view of China, higher than percentages in Asia, the Americas, or Europe. 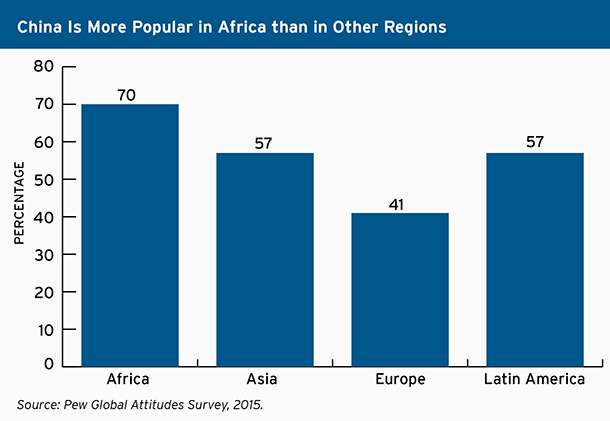 While China’s deepening engagement with Africa has largely been associated with better economic performance, its involvement is not without controversy. This is particularly true in the West, as typical headlines portray an exploitive relationship: “Into Africa: China’s Wild Rush,” “China in Africa: Investment or Exploitation?,” and “Clinton warns against ‘new colonialism’ in Africa.”

My forthcoming study, “China’s Engagement with Africa: From Natural Resources to Human Resources,” aims to objectively assess this important new development in the world. It has six main findings: 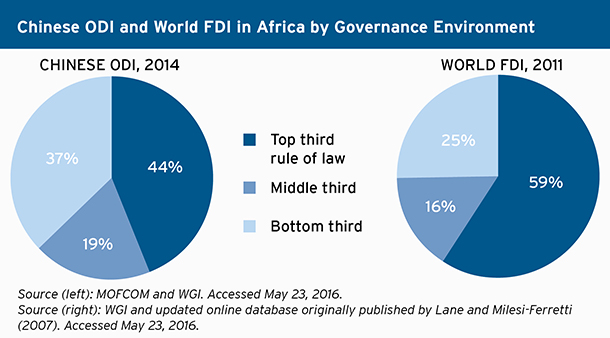 These patterns of trade and investment are now likely to gradually shift in response to changing demographics. The working-age population in China has peaked and will shrink over the coming decades. This has contributed to a tightening of the labor market and an increase in wages, which benefits Chinese people. Household income and consumption are also rising. Compared to past trends, China’s changing pattern of growth is less resource-intensive, so China’s needs for energy and minerals are relatively muted. At the same time, China is likely to be a steady supplier of foreign investment to other countries, and part of that will involve moving manufacturing value chains to lower-wage locations.

Africa’s demographics are moving in the opposite direction. In fact, they resemble China’s at the beginning of its economic reform 35 years ago. About half of Africa’s population is below the age of 20, which means the working-age population will surge over the next 20 years, and will probably continue growing until the middle of the century or later. Roughly speaking, Africa needs to create about 20 million jobs per year to employ its expanding workforce. Twenty years from now, it will need to create 30 million jobs per year. Africa’s demographics present both an opportunity and a challenge. It is unrealistic to expect the China-Africa economic relationship to change overnight. Nor would it be reasonable to expect large volumes of Chinese manufacturing to move to the continent in the near future; it would be more natural for value chains to migrate from China to nearby locations such as Vietnam and Bangladesh. But if even small amounts of manufacturing shift, this could make a significant difference for African economies, which are starting out with an extremely low base of industrialization. And it is useful to have a long-term vision that an economic relationship that started out very much centered on natural resources should shift over time to a greater focus on human resources.

For more on China’s engagement in Africa, check out the Brookings event hosted by the John L. Thornton China Center and the Africa Growth Initiative this Wednesday, July 13, at 3:30pm.