Amid a summer of polarizing politics and rhetoric, Congress returns this week to formally consider the Joint Comprehensive Plan of Action (JCPOA)—the deal negotiated between the P5+1 countries, the EU, and Iran—to restrict Iran’s nuclear weapons in exchange for lifting sanctions on that country. The debate on the deal also comes to Brookings this week, but with less invective and more insight. Two signature events showcase the Institution’s commitment to reasoned discussion, and even disagreement, on the most important policy issues of the day. 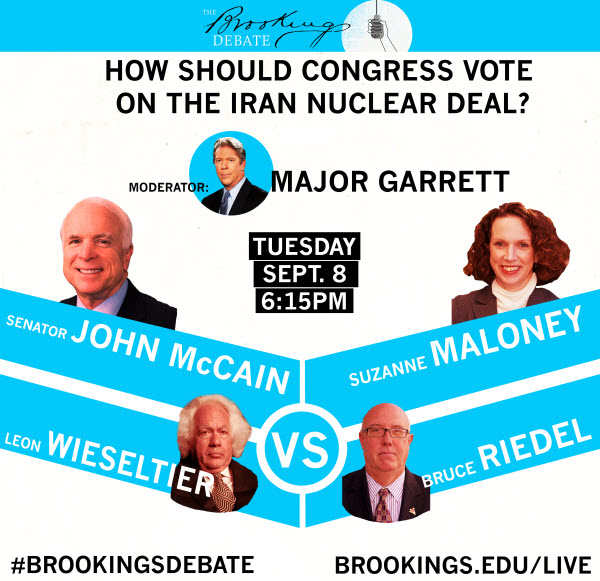 On Tuesday evening, September 8 at 6:15 p.m. (EDT) U.S. Senator John McCain (R-Ariz.) joins three other policy experts in a head-to-head debate on the question of whether Congress should reject the JCPOA. Sen. McCain and Leon Wieseltier, the Isaiah Berlin Senior Fellow in Culture and Policy at Brookings, will argue for disapproval of the deal. Senior Fellow Suzanne Maloney, interim deputy director of Foreign Policy, and Senior Fellow Bruce Riedel, director of the Intelligence Project at Brookings, will advance the approve the nuclear deal position. CBS News’ Chief White House Correspondent Major Garrett will moderate the debate, and the audience will have a chance to vote before and after the debate on how their views were influenced. This event will be live webcast. Join the conversation on Twitter at #BrookingsDebate. A reception begins at 5:30 p.m. 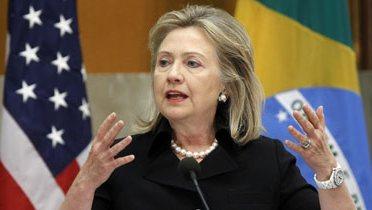 Then, on Wednesday morning at 9:00 a.m. (EDT) former U.S. Secretary of State Hillary Clinton will deliver remarks on her view of the significance of the Iran nuclear deal and its implications for U.S. foreign policy in the region. After her remarks, Secretary Clinton will take audience questions. The event will be available only via live webcast.

Everything you need to know about the Iran nuclear deal, from Brookings experts

In these events, and in the large body of research and commentary from Brookings experts on the Iran nuclear deal (found here), Brookings again demonstrates its commitment to informed and reasoned conversation and expert analysis.