When President Obama meets this week with his Mexican and Canadian counterparts—President Enrique Peña Nieto and Prime Minister Stephen Harper—he will have, according to news reports, four agenda items: trade, education, border security and stopping drug trafficking. Here is some of what Brookings experts have said and are saying about the issues at this leaders summit.

Diana Villiers Negroponte writes that “It is time for the private sector and civil society to educate and persuade political leaders on the need for broader integration in trade, investment and energy within a North American production platform.”

Four Brookings experts recently conducted a conversation on the summit: 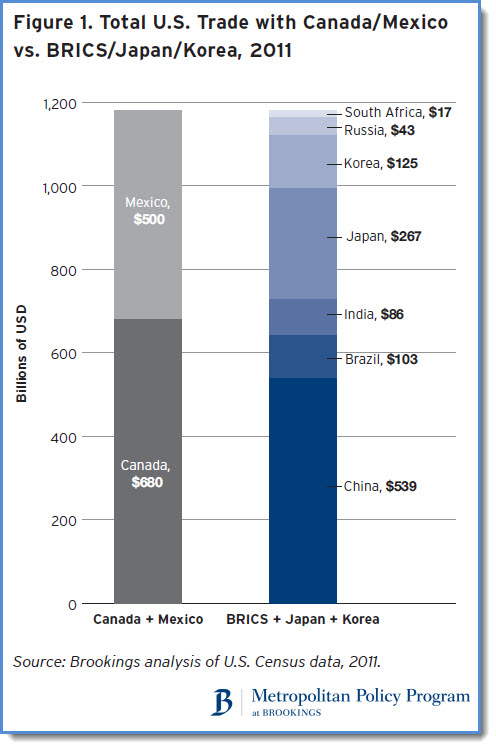 The Latin America Initiative and the Energy Security Initiative recently co-hosted an event on the future of energy reform in Mexico. Negroponte called the slate of reforms in Mexico’s energy sector “a paradigm shift for Mexico.”

Also see what Berube and Parilla wrote about strengthening NAFTA’s next 20 years.


Get all Brookings research and commentary on
Mexico
,
Canada
, and
North America
.