When Colorado and Washington legalized marijuana by decisive margins in initiatives last November, they set up not just one but two conflicts. The first, of course, is about drug policy. No less important, albeit less widely noticed, is a conflict about power. To what extent can and should the states act independently of the federal government on an issue with national ramifications? The choices that Colorado and both Washingtons make over the coming months are likely to affect the course not only of drug policy but of state-federal relations for years to come.

The American public is closely divided on whether marijuana should be legal. But it has a clear preference on the question of how to decide. In three recent polls that asked whether the federal government or the states should decide—or, in a different wording, whether the federal government should let Colorado and Washington implement their legalizations—respondents favored state leadership by margins ranging from 14 to 25 percentage points. Significantly, CBS News, in November, found that even among those who oppose legalizing marijuana (47 percent—the same percentage as favored legalizing), 49 percent thought the states should be allowed to decide.[1]

This paper argues that the public’s preference is well grounded. Specifically, it makes three points. First, the clash over marijuana, far from being anomalous, is the latest and greatest in an escalating series of state-federal confrontations on hot-button issues. If not handled with care, it could lead to legal confusion, policy incoherence, and political resentment. Law by itself cannot decide how to proceed; there is no avoiding making political choices which determine whether and how the federal government and states will cooperate or collide.

Second, in making those choices, a good place to look for insight is to same-sex marriage. Though the two issues are substantively and legally very different, from a political point of view their similarities are quite striking. With same-sex marriage, a state-led approach has been a remarkable success, particularly at containing social conflict and adapting deliberately to social change. Most of the reasons for that success also apply to marijuana legalization.

Third, letting states lead on marijuana decision-making is legally more difficult than letting them lead on marriage, and it is politically less natural. State leadership was the default option with marriage; for marijuana it will take hard work and a willingness to stretch. That said, the work is worth doing. Trying to impose and sustain a one-size-fits all, top-down resolution from Washington, D.C., is likely to be too unsustainable and inflexible to succeed. 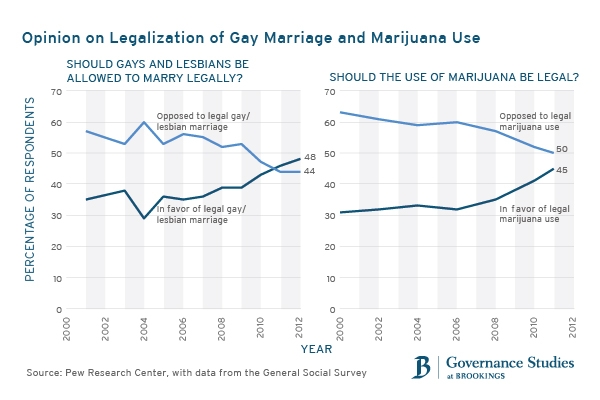 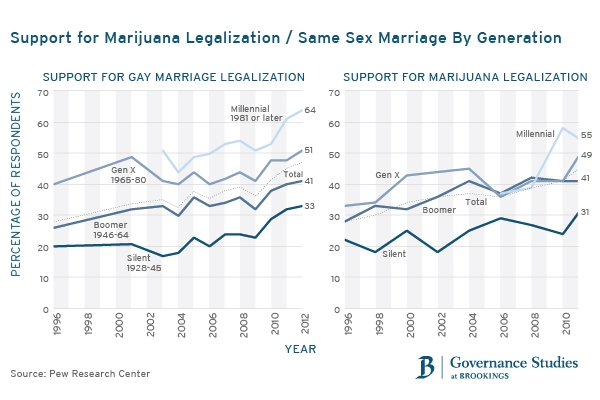 A short history of marijuana