Editor’s note: The following excerpt introduces a book chapter produced by Vanda Felbab-Brown for the German Council on Foreign Relations (DGAP) volume, Partners for Stability, published in March 2013. In this chapter, Dr. Felbab-Brown explains how international and domestic counternarcotics efforts in Afghanistan cannot be successful without first achieving substantial security improvements and good governance within the country. 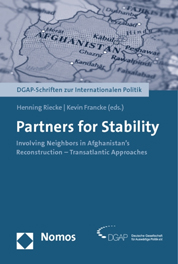 Perhaps nowhere in the world have a country and the international community faced such a strong illicit drug economy as in Afghanistan. In 2007 and 2008, the economy reached levels unprecedented in the world at least since World War II. But neither opium poppy cultivation nor heroin production is a new, post-2001 phenomenon: each robustly existed during the Taliban era and before. Although opium production has declined in Afghanistan since 2008, the decrease has largely been driven by the saturation of the global drug market and by poppy crop disease, rather than being the outcome of the policies of the international community and the Afghan government.

Narcotics production and counter-narcotics policies in Afghanistan are of critical importance not only for drug control, but also for the security, reconstruction, and rule-of-law efforts in Afghanistan. Unfortunately, many of the counter-narcotics policies adopted during most of the 2000s not only failed to reduce the size and scope of the illicit economy in Afghanistan, but also had serious counterproductive effects on the other objectives of peace, state-building, and economic reconstruction. In a courageous break with a previous counterproductive policy, the Obama administration wisely decided in 2009 to scale back poppy eradication in Afghanistan, but it has struggled to implement its new strategy effectively. Although it backed away from centrally-led eradication, Afghan governor-led eradication persists. The interdiction policy adopted by ISAF at times approximates eradication in its negative effects on farmers’ well-being and their receptivity to Taliban mobilization, and rural development policies have failed to address structural drivers of poppy cultivation. Moreover, despite the surge in U. S. military forces adopted in December 2009 and important improvements in security in Afghanistan’s south, the 129,469 U. S. and ISAF forces deployed as of May 2012 have not stabilized other parts of Afghanistan, such as the east. The Taliban and related insurgencies have not been robustly defeated even in the south, and they maintain an important foothold in Afghanistan’s north as well. As U. S. and ISAF troops are preparing to depart Afghanistan by 2014, they are handing over an on-going war to Afghan security forces. Although both Russia and the United States have supported counter-narcotics policies in Central Asia, such as interdiction training, these efforts have achieved little systematic effect on either reducing illicit flows, the strength of organized crime, and corruption in the region or encouraging regional cooperation.