Jordan is in the eye of the Arab cyclone. It remains stable while surrounded by chaotic political situations in Syria, Iraq, Palestine and the Sinai Peninsula. Jordan has not experienced the massive demonstrations aimed at regime change that have been seen elsewhere in the region, and its relative stability has enabled it to cash in on the geopolitical services it provides. These services include: hosting refugees from Palestine, Iraq or Syria; remaining a reliable ally for many international powers; featuring a strong army that plays a stabilizing role in the region; serving as an intermediary when neighboring countries need a host or a dealmaker; and providing qualified Jordanian workers to fill open vacancies for companies and countries, especially in the Gulf. 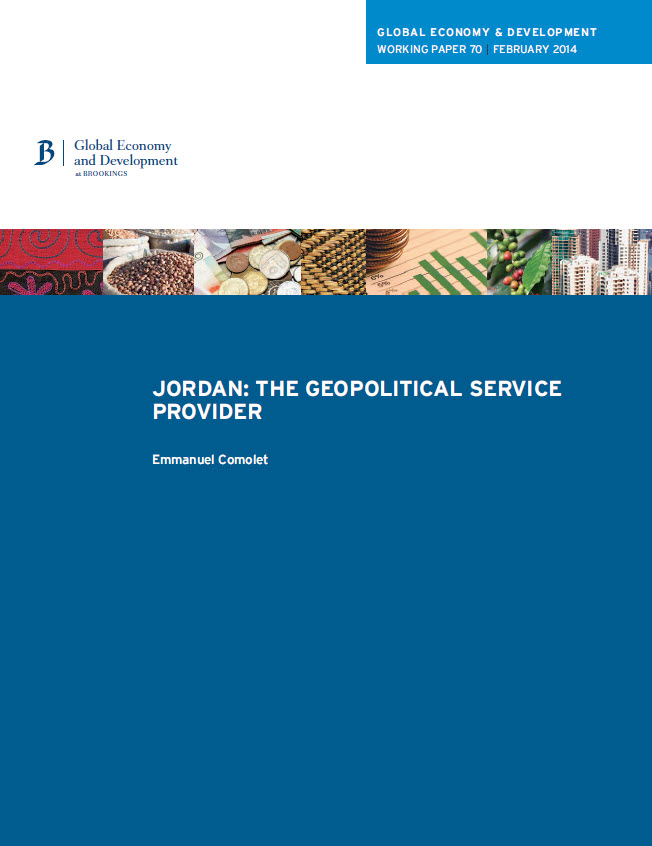 The current stability in Jordan matches well its historic capacity to resist and adapt to shocks. However, the contemporary situation of the labor market reveals that the weaknesses observed in the countries having experienced revolutions (e.g., Tunisia and Egypt) are also present in Jordan; labor market participation is low with very few women active, and the unemployment rate of educated young people is worrisome. Both the number of Jordanians working abroad and the number of migrant workers in Jordan show the discrepancy between demand and supply of labor in Jordan. This could become problematic, since the economic situation has been worsening, notably with fewer public jobs available. Hence there is a need for international donors to keep supporting Jordan in a difficult regional environment, for the government of Jordan to wittily manage the balance between Transjordanians and West Bankers in the near future and for new workers to alter their expectations in searching for opportunities outside the public sector.