This paper examines how economic growth in Egypt can be made more inclusive through a focus on rural development and reducing regional disparities. Nearly all of the extremely poor in Egypt live in rural areas and 83 percent of them live in Upper Egypt. The youth in those rural areas feel particularly excluded. 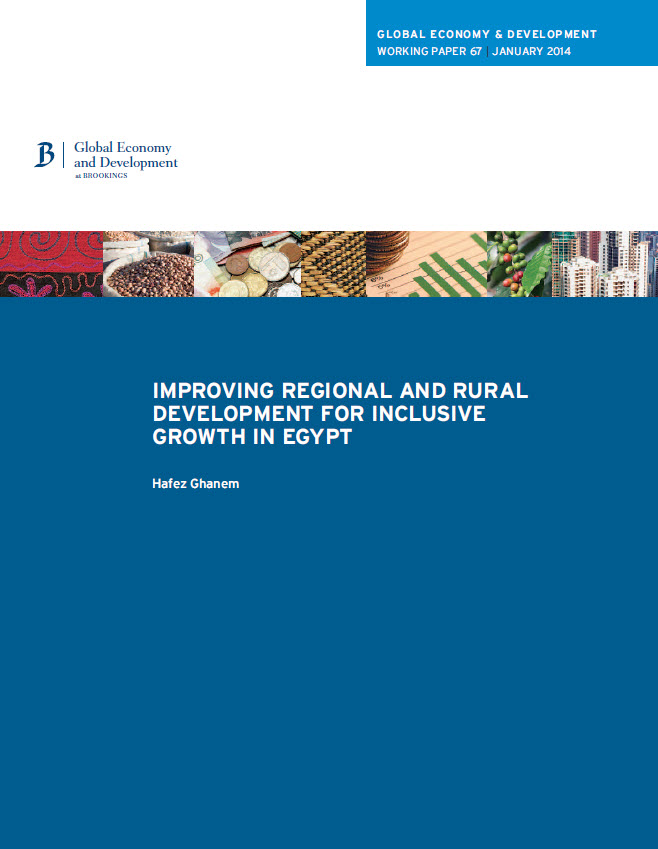 The paper proposes a three-pronged strategy for dealing with regional inequalities and reducing the rural-urban divide. First, there is a need to move to a more transparent and inclusive system for economic planning and the allocation of public expenditures. The poor and lagging regions have been receiving less than their fair share of public funds, and this would only change if the whole decision-making process for budget allocation is revised so that ordinary citizens, particularly the poor, have a greater say in budgetary allocations. Second, the approach to social protection and social safety nets needs to be modernized and made more sensitive to the needs of rural-dwellers. The current system that relies mainly on subsidized prices, especially for energy, does not properly target the rural poor. It is argued here that the rural poor would be better served by a system based on direct cash transfers similar to the systems used in Brazil and Mexico. Third, since most of the rural poor depend directly or indirectly on agriculture for their livelihoods, agriculture development and modernization focusing on support to small-holder farmers would be important for rural poverty reduction.