A crowded Democratic field has primary voters and observers asking an important question: What happens if we reach the convention and no candidate has amassed a majority of delegates?

A brokered convention is a presidential nominating convention that fails to nominate a candidate on the first ballot because no candidate gets the votes of more than half the delegates. Such conventions happened often in the days before the two political parties used primaries to award delegates to presidential candidates. Back then, if no one won a majority on the first ballot the convention would begin a complex series of negotiations, led by power brokers from the states. These brokers could be governors, senators or big city mayors—anyone who had the power to control or persuade other delegates. Hence the term “brokered” convention. The last conventions to fail to nominate someone on the first ballot took place in 1952 in both the Democratic and Republican parties (when the nominees were Adlai Stevenson and Dwight Eisenhower.)

One little understood feature of presidential primaries in each state is that they award delegate slots to presidential candidates, not individual delegates. More often than not, it takes weeks if not months to actually elect real people to fill those slots. For instance, this year the Iowa Caucuses took place on February 3. As of this writing, former Mayor Pete Buttigieg won 13 national convention delegates and Senator Bernie Sanders won 12 national convention delegates. (There is still some counting going on.) However, the people who fill those slots and go on to the Democratic convention in Milwaukee won’t be elected until conventions in all of Iowa’s four congressional districts are held on April 25, 2020.

A lot can change between February and April in a presidential race. If there is a clear winner, then the actual identity of the people who go to Milwaukee doesn’t matter very much. They will don funny hats, fill the hall, and cheer at all the right moments. (I know, I’ve been there.) But if the primaries fail to produce a clear-cut winner, the identity of the delegates will matter a great deal. Some of them will have been elected in the winter to represent presidential candidates who are no longer in the race. They will have the freedom to move to a different candidate. Some of them will have been elected to a candidate who is falling far short of the magic number and they will be wooed by candidates seeking to reach or add to a majority. In other words, in a fluid situation, the identity of the delegates—who they are, where they come from, and what their political views are—matters a great deal.

If no one has reached the magic number (1,991 delegates) when the primaries are over in June, expect to see a frenzy of negotiations in the weeks between the end of the primaries and the opening of the Democratic convention on July 13. If the leading candidate is close to 1,991 delegates he or she will call for unity and attempt to get there. If two or more candidates have large numbers of delegates but no one has 1,991, an even more complex negotiation process will begin—with everything up for grabs, from rules to platform planks to the vice presidency itself.

In addition to delegates elected pursuant to primary or caucus results, the Democratic Party has a group of delegates known as “superdelegates.” These people get to go to the convention by virtue of the office they hold and are not expected to vote for the winner of their state’s primary or caucus. They include all Democratic members of Congress, all Democratic governors, the (more than 400) members of the Democratic National Committee, and assorted others including former Democratic presidents and vice presidents of the United States.

In the past, these superdelegates cast votes in the first ballot at Democratic conventions. In 2016 the campaign of Bernie Sanders mounted opposition to this category of delegates. Subsequently the Democratic National Committee changed the rules so that superdelegates can only vote on the second ballot at the convention. So, if there is no first ballot nominee, the negotiations will include not just the delegates in the convention hall but approximately 771 elected officials and party leaders who will be eligible to vote. Thus, on a second ballot the number needed to nominate will increase, not decrease.

Finally, note that each party’s nominating convention has the ultimate authority to decide on its nominee and how the candidate is chosen. Political parties and their nomination processes are not mentioned in the Constitution. Over the years, the Supreme Court has considered political parties to be covered by the “freedom of association” clause of the First Amendment. The courts have consistently given political parties wide latitude to how they conduct themselves—unless their rules conflict with other rights in the Constitution.

Elaine Kamarck has been a member of the Democratic National Committee and the DNC’s Rules Committee since 1997.

The 2020 presidential primaries are on the horizon and this third edition of Elaine Kamarck’s Primary Politics will be there to help make sense of them. 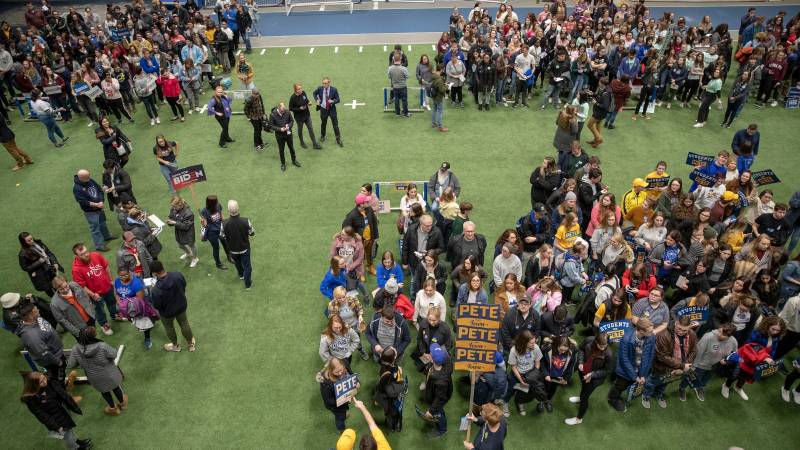 The tragedy of the Iowa Caucus

The tragedy of the Iowa Democratic Caucus is that due (in part) to efforts to preserve its integrity, the system failed to report the vote in a timely manner—which may mark the end of caucus/convention systems and the end of Iowa’s coveted first-in-the-nation contest. The changes that were implemented Monday night were intended to be […]