Ascertaining the size of the undocumented population is difficult. Estimates vary according to the methodology used. While anti-immigrant groups maintain that the flow of undocumented immigrants has increased, estimates show that over a longer period the number has declined. An often-overlooked fact is that many illegal immigrants pay payroll taxes and sales taxes.

The issue of undocumented immigrants has been front and center in American elections since 2016; it has elicited passionate responses from all parts of the political spectrum. Here are a few facts voters need as they wade through the thicket of rhetoric on this issue.

How do we count people who are here illegally?

Ascertaining the size of the illegal population is difficult because, as is obvious, people who are here illegally don’t always want to tell pollsters their legal status (or absence thereof.) The first step estimators use is to take data from the Census Bureau’s American Community Survey, or ACS, which interviews over 2 million households a year. This survey asks people where they were born and whether they are U.S. citizens, but it does not ask if they are here illegally. This yields a total number for the “foreign-born” population.

Of course, not all undocumented people take part in surveys, and for good reason—they do not want to be found out. So, most estimates assume that there is an “undercount.” The Pew Research Center relies, in part, on survey and census data from Mexico. They estimate the undercount to be somewhere in the range of 5 to 15 percent, which is then added to the number of undocumented immigrants. DHS believes that the undercount is 10% and adjusts its estimates accordingly.

The size of the undercount is a matter of controversy. Opponents of illegal immigration such as FAIR (Federation for American Immigration Reform) argue that the undercount is in fact much bigger. To get to their estimates they analyze other data such as the percentage of migrants who failed to show up for their immigration hearings and those who have overstayed their visas.

So, what are the numbers?

The numbers of undocumented vary according to the methodology used, and there’s also a lag in the estimates because it takes time for accurate data to become available. The last estimate released by the Office of Immigration Statistics at DHS came in December 2018: As of January 1, 2015, there were 11.96 million undocumented immigrants in the U.S. The most recent Pew Research estimate puts the total number of unauthorized immigrants at 10.5 million in 2017. Overall, this represents a minority of the foreign-born population, which in 2017 numbered 44.5 million—45% of whom are naturalized citizens, and 27% of whom are lawful permanent residents.

While anti-immigrant groups maintain that the flow of illegal immigrants has increased, estimates show that over a longer period the number of undocumented immigrants has declined, from 12.2 million in 2005 to 10.5 million in 2017 according to Pew’s estimates. DHS figures don’t go beyond 2015, but they estimate that the population of undocumented immigrants increased by 70,000 people per year between 2010 and 2015, compared to increases of 470,000 per year between 2000 and 2007.

Who are the undocumented?

In contrast to the President Trump’s rhetoric about building a wall at the Mexican border, illegal migration has shifted since 2010 from border-crossing to visa overstays—the latter share has been greater than border crossings since 2010. The Center for Migration Studies estimates that in 2016, 62% of the undocumented were here because they overstayed their visas versus 38% who crossed the border illegally.

Another controversy is over how much illegal immigrants cost the system. An often overlooked fact is that illegal immigrants are taxpayers. The anti-immigrant lobby tends to ignore the money the immigrants often pay in payroll and sales taxes while counting the money spent on educating children born in the United States to immigrants. Numbers vary widely depending on the source, but undocumented immigrants are not eligible for most federal benefit programs, like the Supplemental Nutrition Assistance Program. In evaluating the cost of illegal immigration, the voter has to make sure that the argument takes in both benefits consumed and taxes paid.

What about the Dreamers?

Deferred Action for Childhood Arrivals (DACA) was implemented by President Obama to allow many undocumented individuals who came to the U.S. before their 16th birthday to work in the U.S. and defer any action on their immigration cases for a renewable two-year period. About 800,000 immigrants have been covered by DACA at some point since it was implemented; 690,000 are currently in the program. According to Pew, the gap consists of approximately 70,000 who were rejected for renewal or opted not to renew, and 40,000 who were able to obtain a green card. At present no new applications are being accepted by USCIS, so the number of Dreamers is not likely to grow.

What are the candidates saying?

In the 2020 campaign, President Trump has continued his push for a wall at the southern border, on top of increased enforcement both at the border and in the interior. On the Democratic side, all the candidates support a pathway to citizenship for undocumented immigrants, which would require getting legislation through Congress. There are also shorter-term proposals that a new president could enact on their own, like Elizabeth Warren’s plan to reinstate DACA and to expand deferred action to include more than the Dreamers. Kamala Harris has said she would reinstate DACA and implement DAPA, the shelved policy to protect the Dreamers’ parents. Pete Buttigieg has stated that he would restore the enforcement priorities set by the Obama administration. A number of the Democratic candidates have voiced support for repealing the law that makes it a crime to cross the border without authorization.

As we have seen during the Trump administration, the president can do a great deal even absent legislation to affect the situation of those seeking to come to the United States. 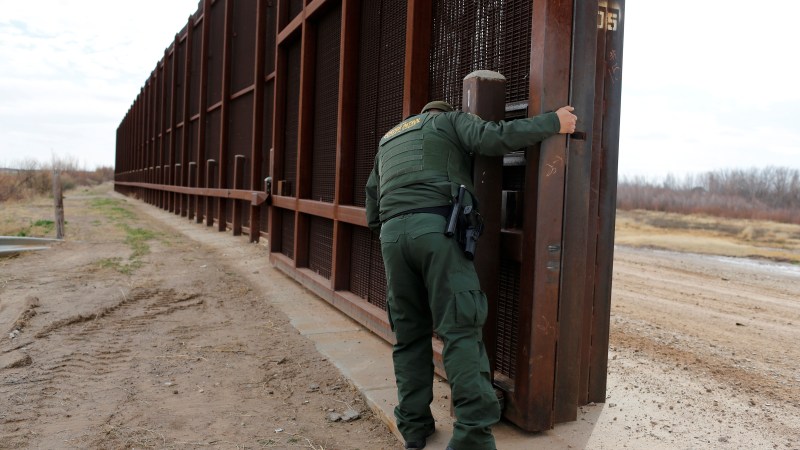 Donald Trump rode to the presidency on immigration issues. During the Republican primaries and then again during the general election campaign, Trump’s most loyal followers erupted in cheers whenever he mentioned getting tough on unauthorized immigration. 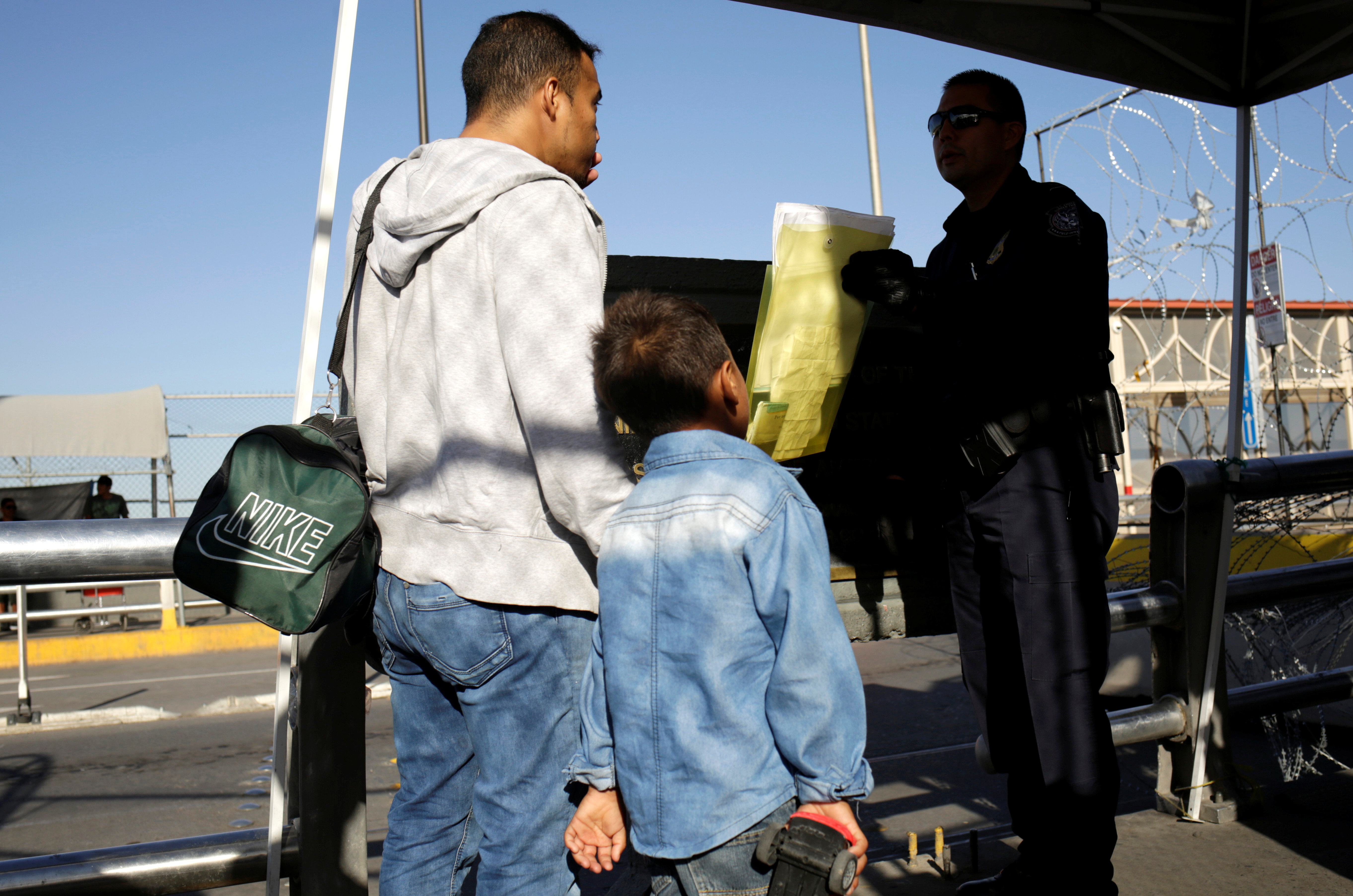 Immigration by the numbers

Casting immigrants as violent criminals, refugees as terrorists, and the border as unsecured, President Trump’s rhetoric on immigration has painted a grim picture. 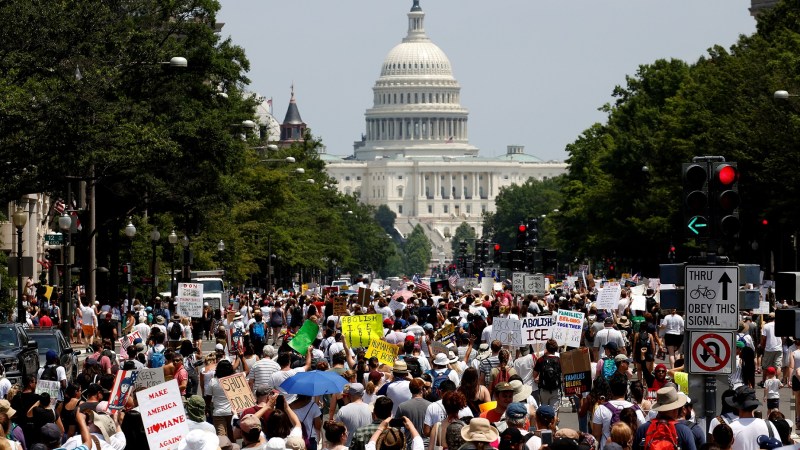 Can immigration reform happen? A look back

Will the Congress manage to come up with an immigration deal that President Trump will sign? That is the question on everyone’s minds as negotiators in Congress work towards a deal that could avert a second government shutdown and/or result in an unprecedented presidential declaration of national emergency.