A version of this op-ed was originally featured in Barron's on June 9, 2019.

It’s time for the United States to raise its financial transactions tax (FTT), which would limit the effects of unfair trading, raise revenue, and help reduce income inequality. Many countries have made such taxes work and so could we, though the devil is in the details.

Legislation by Senators Brian Schatz (D-HI), Chris Van Hollen (D-MD), Jeff Merkley (D-OR), and Kirsten Gillibrand (D-NY) would create a 10 basis point (0.1%) tax on a broad range of financial transactions. Under current law, someone selling or buying $1,000 of stock pays just over two cents in transaction taxes. This existing fee raises over $1.5 billion per year. The proposal would add a tax of $1 to that transaction.

The new tax would generate $777 billion over the next ten years according to the Congressional Joint Committee on Taxation and the nonpartisan Tax Policy Center. While it would disincentivize high frequency trading, it likely would not discourage anyone from making investments based on market or company fundamentals.

This makes financial markets fairer and possibly less volatile. As described by Michael Lewis in Flash Boys, high frequency traders (HFTs) can earn profits by front-running other trades by micro-seconds, an activity that raises costs for legitimate traders and provides no value to society. HFTs account for roughly half all stock trades and much of their business model would be threatened by the proposed transactions tax.

Some analysts are concerned about the tax’s potential impact on market liquidity. When sellers can’t find buyers in a timely fashion, prices can become distorted, and in the extreme, overall investment can decline. But even if the tax reduced high frequency trading by half, market volume would still be larger than it was in 2004 when HFT trading began to explode. An even bigger decline in stock trading occurred between 2009 and 2013, and market liquidity was not threatened—buyers had no trouble finding sellers and vice versa. In addition, market liquidity, like almost all goods, has declining marginal value. While no one would want to eliminate liquidity, cutting back on it may not hurt much, if at all. 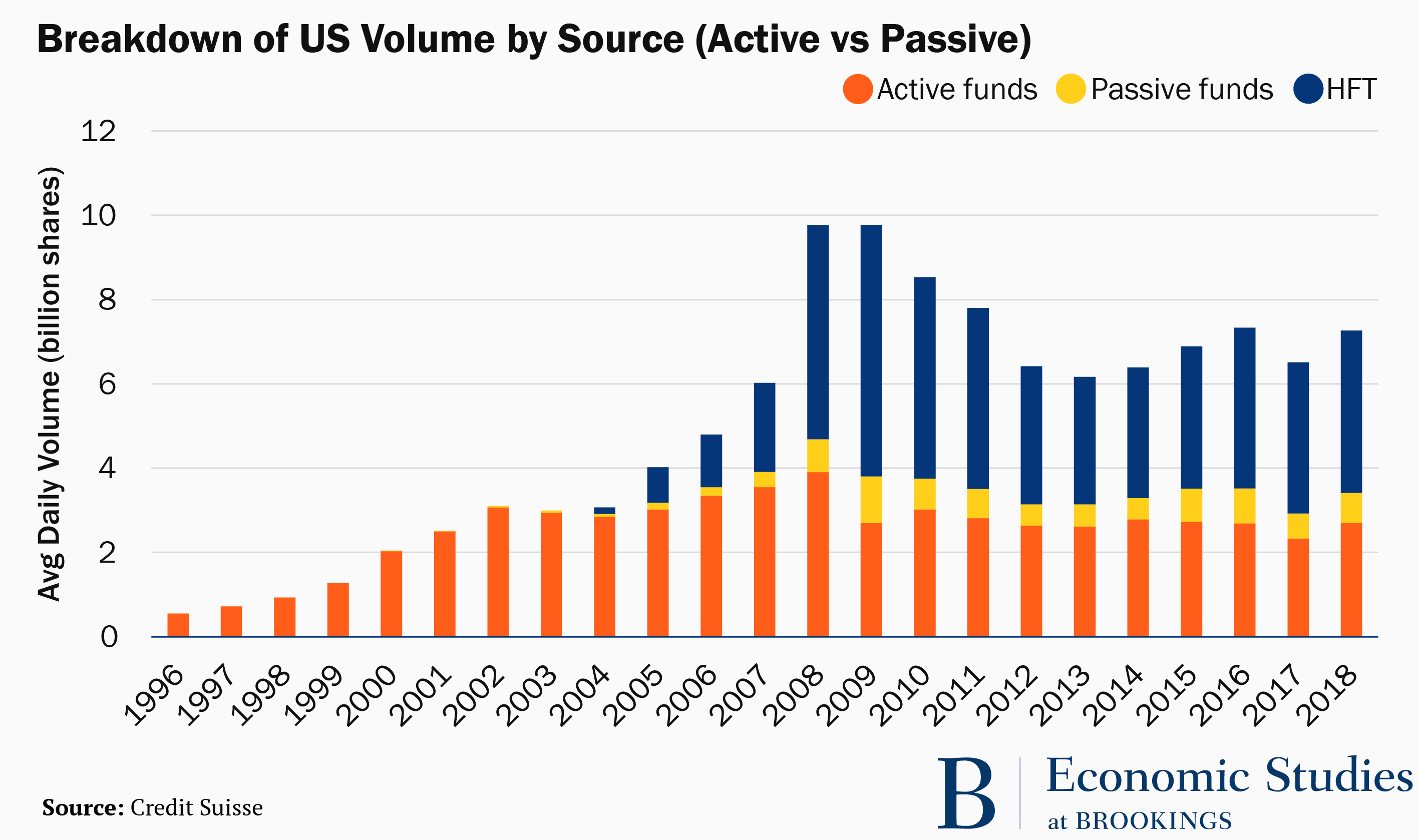 The tax would be borne by the owners of high frequency trading algorithms and by all capital securities, which are held primarily by the wealthy. Six out of seven Americans do not own stocks directly. Among those who do, almost two-thirds make three or fewer transactions per year. Only about 1 in 40 households average more than one trade a month, and less than 1% of all households—the wealthiest among us—make more than 50 trades per year. Fewer than 1 in 200 households make more than 100 trades annually.

Of course, many people own stocks and bonds indirectly through defined benefit and defined contribution pension plans. Even including the impact on those households, the Tax Policy Center finds that about 40% of the tax would be borne by households in the top 1%. Remarkably, more than 20% of the revenue would be paid by households in the top 0.01%—the top 1% of the top 1%. Americans with median incomes or less would feel the burden of only 5% of the tax, and most would not have their after-tax income change at all.

For the tax to be most effective, it should cover as broad a range of financial instruments as possible, so that traders cannot avoid the levy by restructuring transactions. Thus, the proposed legislation would tax stocks, bonds, derivatives, and shares of partnerships and trusts. The proposed legislation wisely exempts new issuances of stock from the tax. It could go further and eliminate the small, existing tax on the creation of new stock.

Creating a new financial transaction tax is an appealing way to generate substantial tax revenue in a highly progressive fashion, with the positive side effects of discouraging market churning and front-running high-frequency traders.