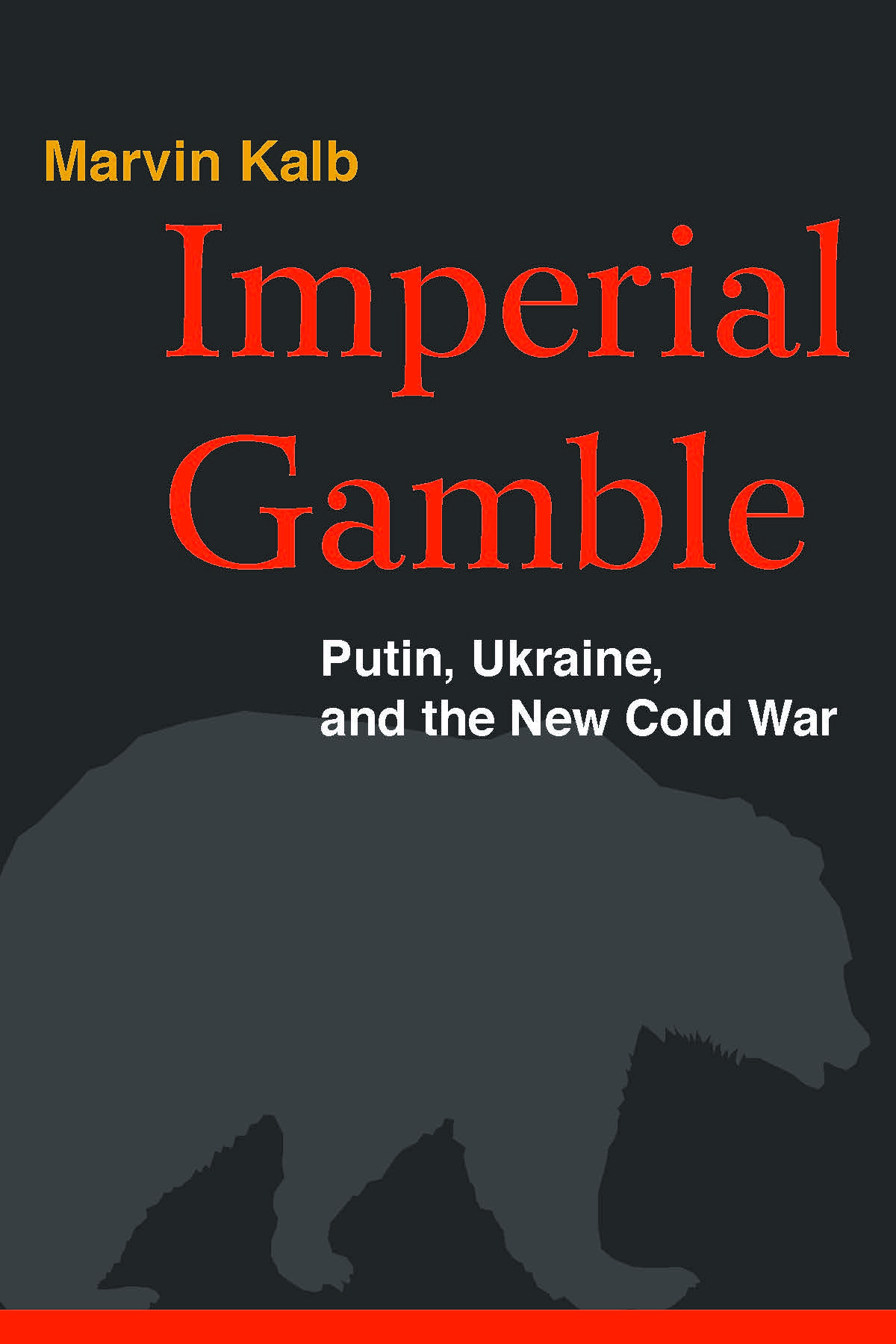 Since the time of Catherine the Great, Crimea has been a global tinderbox. Most recently, the world was stunned when the forces of Russian President Vladimir Putin invaded and seized Crimea in March 2014. In the months since, Putin’s actions in Crimea, eastern Ukraine and, more recently, in Syria have provoked a sharp deterioration in East-West relations. Basic questions have been raised about Putin’s provocative policies, his motivations, and the future of U.S.-Russian relations—and whether the world has now entered a new Cold War.

On October 26, the Foreign Policy program at Brookings hosted Nonresident Senior Fellow Marvin Kalb for the launch of his new book, “Imperial Gamble: Putin, Ukraine, and the New Cold War” (Brookings Institution Press, 2015). In “Imperial Gamble,” Kalb examines Putin’s actions in Ukraine, the impact on East-West relations, and how the future of the post-Cold War world hangs on the controversial decisions of one reckless autocrat, Vladimir Putin.

As Kishida meets Biden, what is the state of the US-Japan alliance?