Privacy, Technology and National Security: An Overview of Intelligence Collection

The last several weeks have seen disclosures of information relating to two classified intelligence community programs conducted under the Foreign Intelligence Surveillance Act (FISA). These programs – conducted with the approval of the FISA Court, authorized by Congress, and carefully overseen by Congress and the Executive Branch – seek to keep the U.S. and their allies safe from threats.


On July 19, the Brookings Institution hosted Robert S. Litt, General Counsel to the Office of the Director of National Intelligence, for an address on privacy, technology, and security. Litt discussed the laws that govern intelligence collection activities, how to ensure security while protecting privacy and constitutional rights, and how some of these laws are put into practice, in an era when personal data is increasingly handed off to third parties. In discussing the precautions that the intelligence community takes to protect citizens’ privacy, Litt explained the legality and limitations of traditional FISA collection, the FISA business records provision, and Section 702—the part of the statute that facilitates surveillance of non-U.S. persons believed to be abroad. 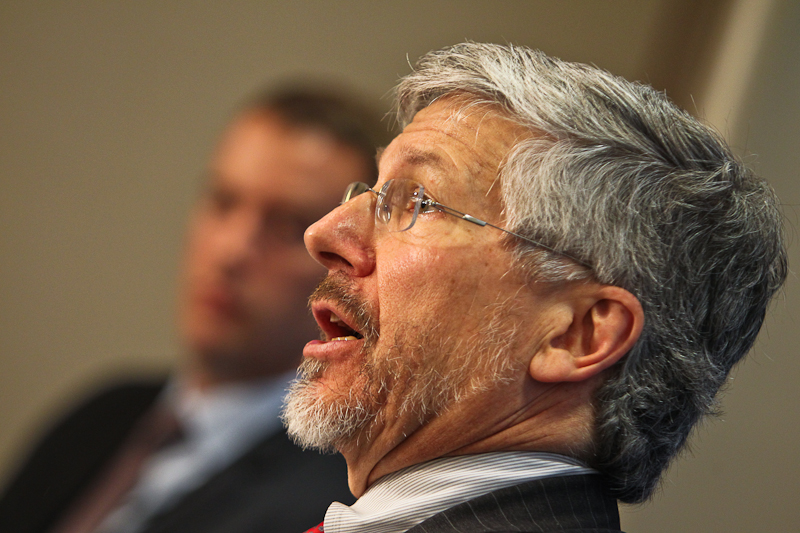 Robert S. Litt addresses the crowd at the Brookings Institution on July 19, 2013. Photo by Paul Morigi.

Security and privacy are not zero-sum. We have an obligation to give full meaning to both, to protect security while at the same time protecting privacy and other constitutional rights. – Robert S. Litt, ODNI

Why is it that people are willing to expose large quantities of information to private parties but don’t want the Government to have the same information? – Robert S. Litt, ODNI

The conclusion that the bulk metadata collection is authorized under Section 215 is not that of the Intelligence Community alone. Applications to obtain this data have repeatedly been approved by numerous judges of the FISA Court. – Robert S. Litt, ODNI

I want to correct once again the erroneous claim that the FISA Court is a rubber stamp. Some people assume that because the Court approves almost every application, it does not give these applications careful scrutiny. In fact the exact opposite is true. – Robert S. Litt, ODNI

Our intelligence collection has helped to protect both our Nation and its allies from a variety of threats. We have robust intelligence relationships with many other countries. These relationships go in both directions but it is important to understand that we cannot use foreign intelligence services to get around the limitations imposed by our own laws. – Robert S. Litt, ODNI

The discussion about these authorities can, and should, have taken place without the recent disclosures, which have brought into public view the details of sensitive operations that were previously discussed on a classified basis with the Congress. – Robert S. Litt, ODNI

General Counsel - Office of the Director of National Intelligence

Will 5G mean airplanes falling from the sky?