Brookings Debate: Should the federal government remove marijuana from its list of Schedule I drugs? 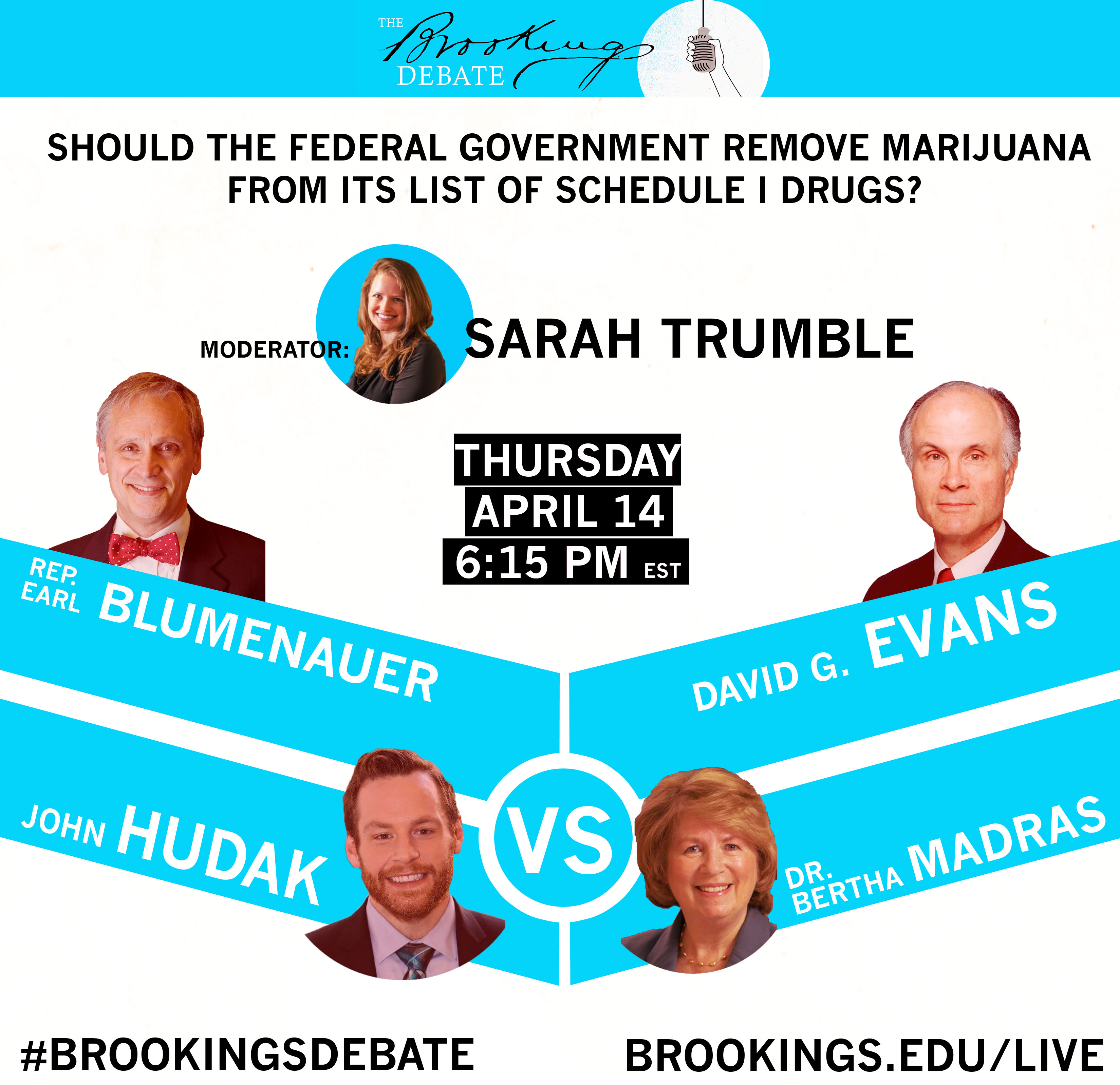 In case you haven’t noticed, America is in the midst of a marijuana revolution. Twenty-three states and the District of Columbia have legalized marijuana for medical or recreational purposes, and others may soon follow.

Under federal law, however, marijuana remains classified as a highly dangerous Schedule I substance under the Controlled Substances Act of 1970. Along with heroin, LSD, and ecstasy, drugs in this category are deemed to have “high potential for abuse” and “no currently accepted medical use,” two definitions that are argued about passionately by advocates on both sides of the issue.

Despite the federal government’s unwavering stance, states that have legalized marijuana for medicinal use allow cannabis and its derivatives to be used to treat cancer patients and those suffering from other serious ailments. With federal and state law at odds, however, many patients, doctors and small businesses have been caught in a policy gridlock that severely impacts their daily lives.

On Thursday, April 14, experts on both sides of the issue presented their case and engaged in a lively debate.

Marijuana: A substance at the intersection of race, politics, and culture