There is much to be troubled about in America today. The past few years have exposed deep divisions in the U.S. Many of these are a result of a widening gap between those with opportunities and hope, and those who are falling behind. These divisions are evident in high income inequality, reduced social and geographic mobility, and in gaps across the rich and poor in a range of other outcomes, including in premature mortality. Americans have higher levels of well-being inequality and report more pain on average than countries of comparable and even lower levels of income. Other signs of decline range from falling levels of civic trust to viscerally divided politics.

Meanwhile, prior to COVID-19, while many observers boasted about our record low levels of unemployment, a less featured story was the rate of labor force dropout, with almost 20 percent of prime-age males out of the labor force (OLF). This group was—and is—overrepresented in the crisis of deaths of despair (suicide, drug overdose, and alcohol poisoning) that took roughly 70,000 lives per year over the past decade. COVID-19 has exacerbated the same trends among the same vulnerable cohorts.

Despair—and the associated mortality trends—is concentrated among the less-than-college educated and is much higher among whites than minorities. The trends are also geographically dispersed, with populations in racially and economically diverse urban and coastal places more optimistic and with lower premature mortality (on average). Death and desperation are higher in the heartland and in areas that were previously hubs for manufacturing and mining jobs that have long since disappeared. The high concentration of prime-age workers who have dropped out of the labor force in these places also reflects in poor health indicators and behaviors (such as high rates of heart disease, diabetes, and reported pain, and extensive opioid addiction), and, in turn, lack of hope.

While restoring hope is an unusual topic for economists, the geography of desperation in America suggests that we must take this issue on to address the gaps between those who get ahead and those who are left behind.

In recent work, we found surprising differences in well-being across race and income groups. We also tracked the links between low well-being levels and high rates of death of despair at the county level across the country. We find significantly higher hope and optimism among poor Black respondents compared to white ones (with Hispanics in between), and the geographic patterns in lack of hope, worry, reported pain, and deaths of despair are consistent across places with higher death rates. Shannon Monnat and David Brown find that counties with higher levels of poverty, obesity, smoking, deaths of despair, non-Hispanic whites, and individuals on disability, were the same places where Trump “over-performed” in 2016. Nationwide, meanwhile, counties with more Trump voters in 2016 had a higher percentage of respondents who had experienced drops in optimism about the future in the years preceding the election.

In “The Geography of Desperation,” a forthcoming paper in Social Science and Medicine, we explored the well-being and health of prime-age individuals OLF in greater detail. Our findings highlight the low levels of hope and poor health of this group, particularly white men, and speak to the related issue of why there is less geographic mobility today than in previous decades, which, in turn, reduces the productivity of the U.S. labor force and labor markets.

Based on data from both Gallup and the Centers for Disease Control and Prevention from 2010-2017, we find that prime-age (ages 25-54) males OLF fare much worse than young and older OLF individuals in terms of both well-being and health, and middle-aged prime-age males (35-54) report more pain than any other labor/age group. Prime-age OLF women, meanwhile, display significantly higher well-being and health indicators than their male counterparts. This is likely because OLF women typically have additional purpose and identity as caregivers for either the young or the old. While these are not easy roles, they do provide a purposeful identity and existence, which is key to well-being in all populations, and is something that many OLF men—particularly white ones—have lost.

The story also varies across race and place. The deepest desperation is among OLF men in the white working class, who in the past had stable, middle-class lives compared to the more precarious status of minorities. Yet Black and Hispanic OLF males retain higher levels of well-being, especially hope, and are more likely to report that they get recognition for giving back to their community than are whites. Minority OLF men also report less pain than whites. This suggests psychological pain, as there is no objective reason why whites should have more physical pain than minorities, particularly as the latter often have inferior jobs. Finally, within prime-age white males OLF, well-being and health are particularly bad for those with lower educational attainment and aged 35-44 and, especially, 45-54, in line with the more general demographic patterns in deaths of despair.

The human costs of the pandemic: Is it time to prioritize well-being?

We also focused on those who stay behind in economically depressed places, using geographic data from Raj Chetty’s Opportunity Insights project. Respondents in counties with a high percentage of adults still in their childhood tract and those with a high percentage still in their parents’ homes are generally less hopeful for the future and have poor health and health behaviors (such as drug addiction and high rates of smoking). These trends reflect the reduced ability of these groups to move to places with better employment opportunities and add to the explanation for our general declines in geographic mobility over the past few decades.

Our findings on intergenerational mobility are more mixed. While on average those with higher levels of mobility (both relative and absolute) have generally better health, there are nuances ranging from how optimistic (or not) they are, to levels of worry, to some health indicators. This may reflect unobservable differences across places, as well as mediating factors, such as rising aspirations and loss aversion, in the association between well-being and intergenerational mobility.

Our story is nuanced, with pockets of remarkable hope and resilience among cohorts with a history of discrimination and marginalization. The most worrisome finding is the high levels of desperation and overall ill-being among white prime-age males out of the labor force and the association between living—and staying—in places with few opportunities, lower well-being, and worse health. Much previous work shows that hope matters to health, productivity, and lifespans. These trends thus have implications for the future of our labor markets and their ability to provide productive opportunities for all Americans.

In terms of policies, we must address both the demand and supply sides. This entails creative solutions in terms of the future of new kinds of jobs that can help revive economies in at least some of the places in decline. But it also entails addressing the health and well-being of these increasingly desperate cohorts. Our findings suggest that there is an important role for restoring hope and a sense of purpose among these populations and places and providing new forms of training for the next generation, so that they are both healthy and capable of taking up and moving to new jobs and opportunities.

The state of prime-age workers who have dropped out the labor force—and white men in particular—is one of many reasons the country is so divided in terms of labor market outcomes and well-being on the one hand, and civic trust and politics on the other. While restoring hope is an unusual topic for economists, the geography of desperation in America suggests that we must take this issue on to address the gaps between those who get ahead (often by moving) and those who are left behind. 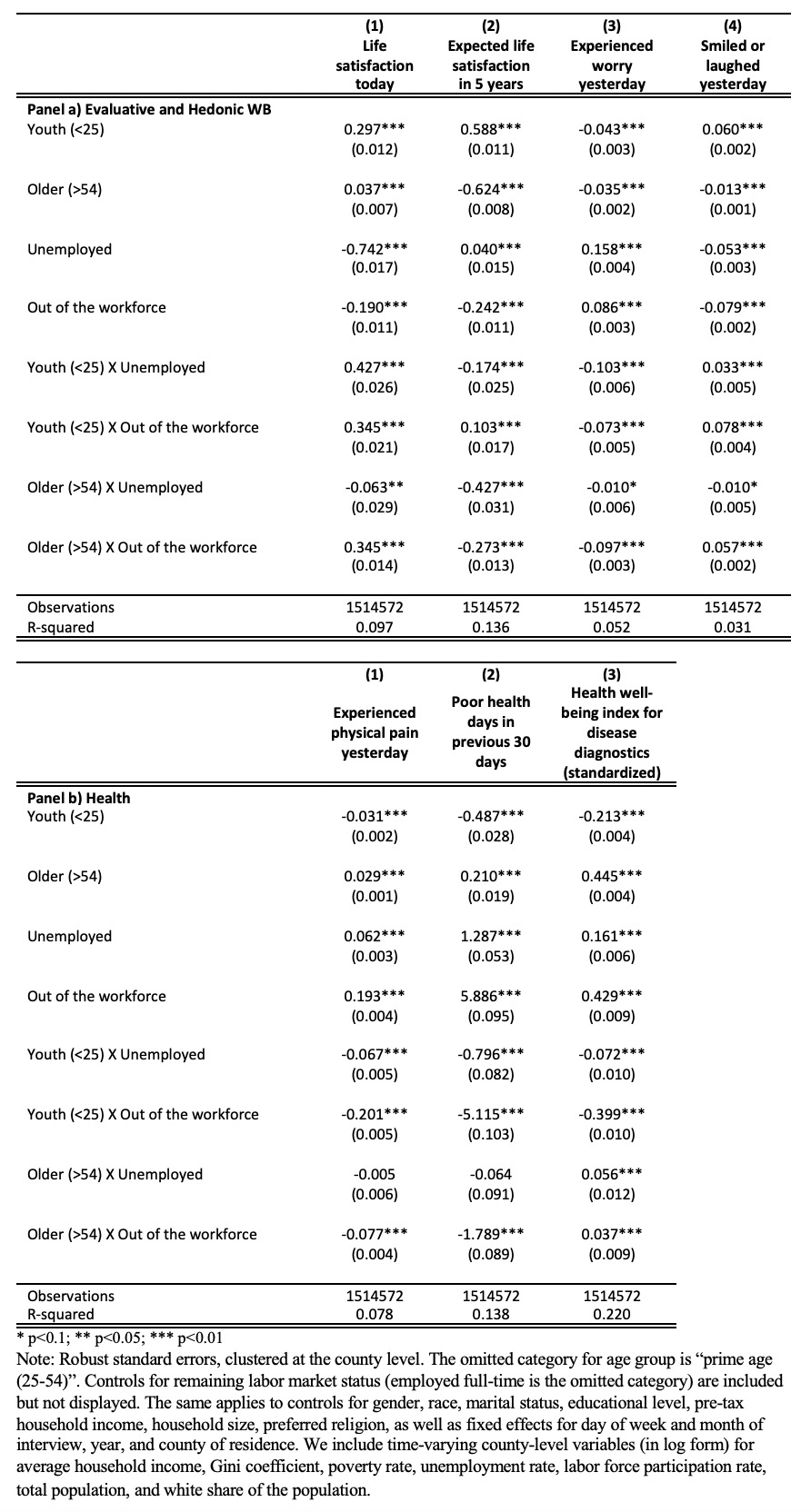