In a European Central Bank working paper, Pimin Fessler and Martin Schürz of the National Bank of Austria find that, because expenditures on social services are substitutes for personal wealth accumulation, average household wealth is lower in countries with higher welfare state expenditures. The authors note that this effect is larger for households with lower net wealth, implying that an increase in social service spending will increase wealth inequality.

Maximilian Schmeiser of the Federal Reserve Board and Christiana Stoddard and Carly Urban of Montana State University find that sending a warning letter and offer for financial counseling to students with large debt loads reduced future borrowing by one-third and increased student grade point averages. Students receiving the letter were also more likely to switch majors to a STEM field, and completed a higher number of credits.

Mark Pauly, Adam Leive, and Scott Harrington of the Wharton School find that nearly half of the individuals who had no health insurance prior to the ACA would face both a higher financial burden and lower overall welfare by purchasing insurance on the exchanges. The authors note that this likely contributes to the relatively low takeup rates for higher-income individuals who do not qualify for large premium and cost sharing subsidies. 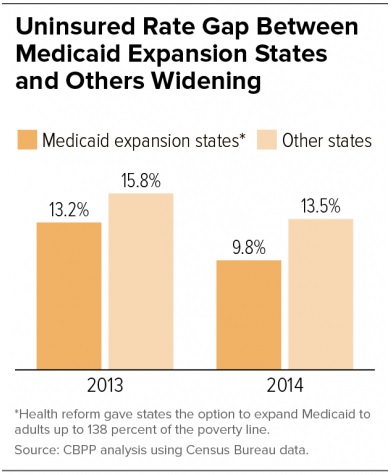 Quote of the week:Threat of Japan-style deflation not a major concern for the ECB

Could Europe experience what Japan has experienced?

I don’t think so. The development in wages will be always different from Japan. There is more rigidity in wages in a recession (in Europe) and that is an important factor and that is why I never really feared we would have actual deflation in Europe. Wages will not be as flexible down as they were in Japan. Most of euro area GDP comes from services and inflation in services is basically about wage developments. It is very difficult to go to a situation of deflation in Europe. That’s a difference with Japan.