Using data on over 200 Russian bank failures between 2000 and 2007, Zuzana Fungacova of the Bank of Finland, Rima Turk of the International Monetary Fund, and Laurent Weill of the University of Strasbourg find that the banks creating the most liquidity are significantly more likely to fail than other banks. The authors suggest that early identification and increased monitoring of these banks can help to prevent future bank failures.

David H. Autor and Kyle Greenberg of MIT, Mark Duggan of Stanford University, and David S. Lyle of the U.S. Military Academy find that 18 percent of the veterans who became eligible for Veteran Affairs’ Disability Compensation through the 2001 Agent Orange eligibility expansion dropped out of the labor force.

Lorenzo Caliendo of Yale University, Maximiliano Dvorkin of the St. Louis Fed, and Fernando Parro of the Federal Reserve Board estimate that, between 2000 and 2007, increased competition from Chinese imports reduced U.S. manufacturing employment by about 1 million jobs, but increased overall welfare by 0.2 percent in the short run and 6.7 percent in the long-run, due to increased access to cheaper intermediate goods.

Chart of the week: U.S. Dollar 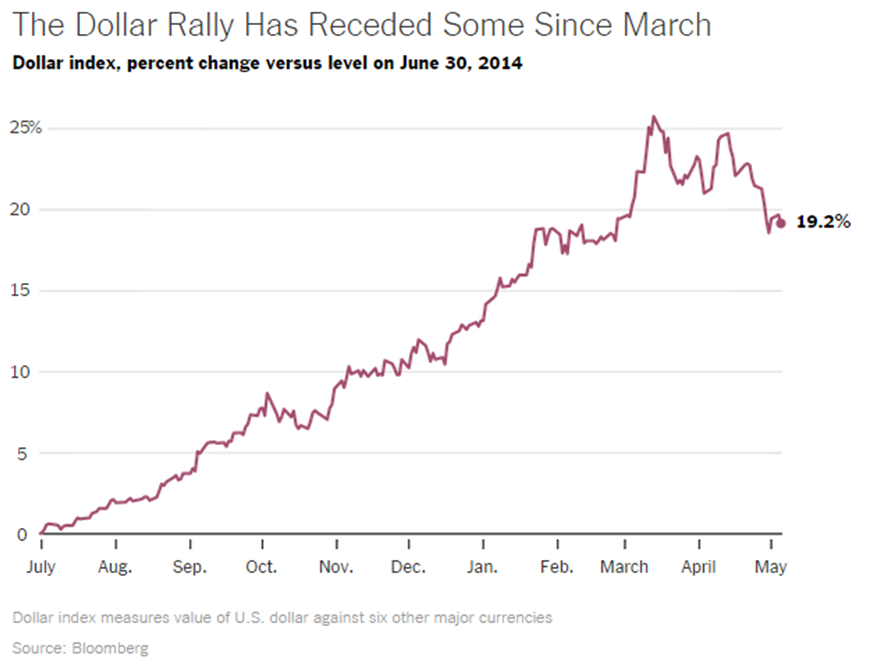 Quote of the week: Fed’s extensive use of powers “could disrupt markets now and in the future”

Q. Has the experience of the crisis changed your view of the central bank policy tool kit?

A. It has made me more – not less – worried about the considerable power of the Fed. I am more concerned about how extensively their power has been used and could be used in the future, and the way that power has and could disrupt markets now and in the future… We needed zero interest rates for a time: there was a window in late 2008 when the system just froze up… But that time has long since passed. Monetary policy has been used too long and too aggressively in ways that have not been helpful.