President Obama goes to Senegal, South Africa and Tanzania this week, and Brookings scholars George Ingram, John Page and John McArthur provide several recommendations for his trip’s agenda. They emphasize the need to enhance U.S.-African trade relations, to promote American investment in African manufacturing, to improve government transparency, and to encourage creative and technological ways to improve education across the continent. 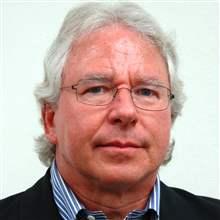 When President Obama visits Africa he will see a lot of young faces.  With almost 200 million people aged between 15 and 24, Africa has the youngest population in the world.  What he may not notice is that the vast majority of those young people are looking for decent work.  According to the African Development Bank, less than one-fifth of Africa’s young workers will find wage employment.  Over 70 percent are either self-employed or contributing to family work.

Africa’s much-celebrated growth turnaround has created too few good jobs.  Manufacturing, tradable services and agro-industry are still a small share of African employment and output.  These are the sectors that generate decent work; jobs that offer good wages, develop skills and provide a measure of security.  Africa needs more globally competitive industries. This is where the president can move from the rhetoric of “emerging Africa” to the reality of specific action.

For the vast majority of African countries, exports are the only path to industrialization.  To attract investors, Africa will need an “export push,” a focused set of public investments, policy reforms and institutional innovations to make exporting more attractive.  African governments will need to do the heavy lifting, but success may ultimately depend as much on the actions of Africa’s international partners as on its own efforts.

The United States can play a leading role in two areas: “Aid for Trade”—assistance that is meant to help recipients export more—and preferences.  Aid for Trade as a share in total development assistance has fallen steadily since 1996.  This trend needs to be reversed.  The Millennium Challenge Corporation and USAID should expand programs to identify key constraints to exports and assist African governments relieve them.  Improving trade logistics is the first priority.  A simple, time-bound system of preferences for Africa’s non-traditional exports to high-income countries could ease entry into export markets.  A sensible place to begin would be for the European Union and the United States to harmonize their individual preference schemes for Africa, the Africa Growth and Opportunities Act (AGOA) and the Economic Partnership Agreements (EPA) respectively, and to liberalize rules of origin.

Young people in Africa are “working hard but working poor.”  President Obama has an opportunity to do something about that. 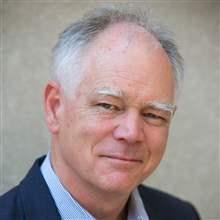 President Obama’s trip to Africa gives him the opportunity to take to Africa his 2012 Strategy Toward Sub-Saharan Africa.  Key priorities in that policy statement encourage an enabling environment for economic growth, trade and investment, as well as governance that is democratic, accountable and transparent.

The recent report of the Africa Progress Panel, Equity in Extractives: Stewarding Africa’s natural resources for all, delivers a very strong underlying message—one of the fundamental elements that could set Africa on a sustainable path is getting natural resource extraction right.  According to Global Financial Integrity, during 2008-10, Africa lost $38 billion annually due to transfer pricing, plus another $25 billion to illicit flows.  The “resource curse” produces not just monetary loss through economic rents, but also undermines the political culture through the corrupt struggle to control those rents.

Obama can capitalize on his trip to Africa by redoubling the U.S. commitment to helping African nations avoid the resource curse through greater accountability and transparency and through capacity building.  Using its bully pulpit and convening power (both multilaterally and with the private sector), the U.S. can promote transparency that can reveal inequitable and shady operations as well as provide the knowledge and power for citizens to hold their government and corporate sector accountable.  For example, the U.S. should use its influence to urge governments and companies to join it in the Extractive Industries Transparency Initiative.

A properly performing, transparent resource-extracting sector can drive balanced economic growth, provide resources for public social programs and remove “behind the shades” dealings that make government corrupt and unresponsive to citizen needs and demands.  With a well-focused voice and assistance, the U.S. can help advance the cause of transparent and accountable resource extraction that is a win for global and national economy and governance. 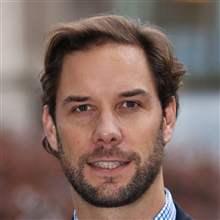 Few people embody the transformative power of education like President Barack Obama.  A unique blend of ability and circumstance enabled him to enroll and excel in some of the world’s most elite academic institutions, paving the way for remarkable subsequent achievements.  Today, as president during a historic broadband-enabled global revolution in access to information, Mr. Obama can help untold millions around the world pursue their own educational building blocks for success.

The president could start by launching a program of African digital scholarship vouchers to help the region’s low-income students take a select number of online courses, perhaps two per year.  Although Africa lags behind the rest of the world with only around 16 percent of its population having access to the internet, access is growing quickly.  In Senegal, the first stop of this week’s presidential tour, internet access has nearly doubled in just four years.

While broadband infrastructure continues to spread quickly, promoting high-impact content still remains a major challenge.  The online education revolution is in its infancy.  Its tools form a complement, not substitute, to classrooms and sound education policy.  Massive open online courses (MOOCs) have seen some early successes, but most are still searching to find methods that best promote learning in all corners of the globe.  Africa’s low connectivity starting point and low average incomes, especially in rural areas, mean that educational providers have faced particularly limited incentives to cater to students in the region.

As African connectivity quickly proliferates over the next few years, a voucher system would stimulate attention and incentives for innovation.  With the similar logic used to advance market commitments for vaccines, providers would be motivated to compete for voucher dollars and tailor to the diversity of African students.  This approach could mean material targeted to local languages and cultural contexts.  Students would vote with their screens, with an opportunity to experiment with free online learning and explore new educational frontiers.  Providers would only receive funding when they motivated students to join.  Evaluation could be designed in a straightforward way to ensure that students are actually learning.

The president could start by piloting digital scholarship vouchers in the three countries he visits this week.  As an illustrative calculation, if a million students were each given two vouchers worth $50 each for use in 2014, $100 million in enrollment revenue would be up for grabs.  Voucher mechanics could be designed in consultation with leading content providers, while open to new entrants too.  As with Africa’s fast-spreading mobile banking, access codes could be delivered by SMS.  The messages could open with an inspirational quote—perhaps on the power of education, directly from President Obama.