Foreign direct investment (FDI) takes center stage in Washington this week as business, government, and regional leaders gather for SelectUSA’s 2015 Investment Summit. With the country perched atop investor confidence indices and U.S. economic growth accelerating relative to much of the rest of the world, expect the mood to be optimistic.

That optimism should not slip into complacency, however. FDI is important to the U.S. economy at any time, but a confluence of favorable global trends presents the country with a short window to capitalize on investor interest and consolidate U.S. advantage in the critical advanced industries sector for the long term.

Recent Brookings research shows that advanced industries—a collection of 50 individual industries spanning manufacturing, services, and energy and sharing a reliance on STEM-skilled workers and a commitment to R&D—are the driving force behind an innovative, inclusive, and prosperous U.S. economy. 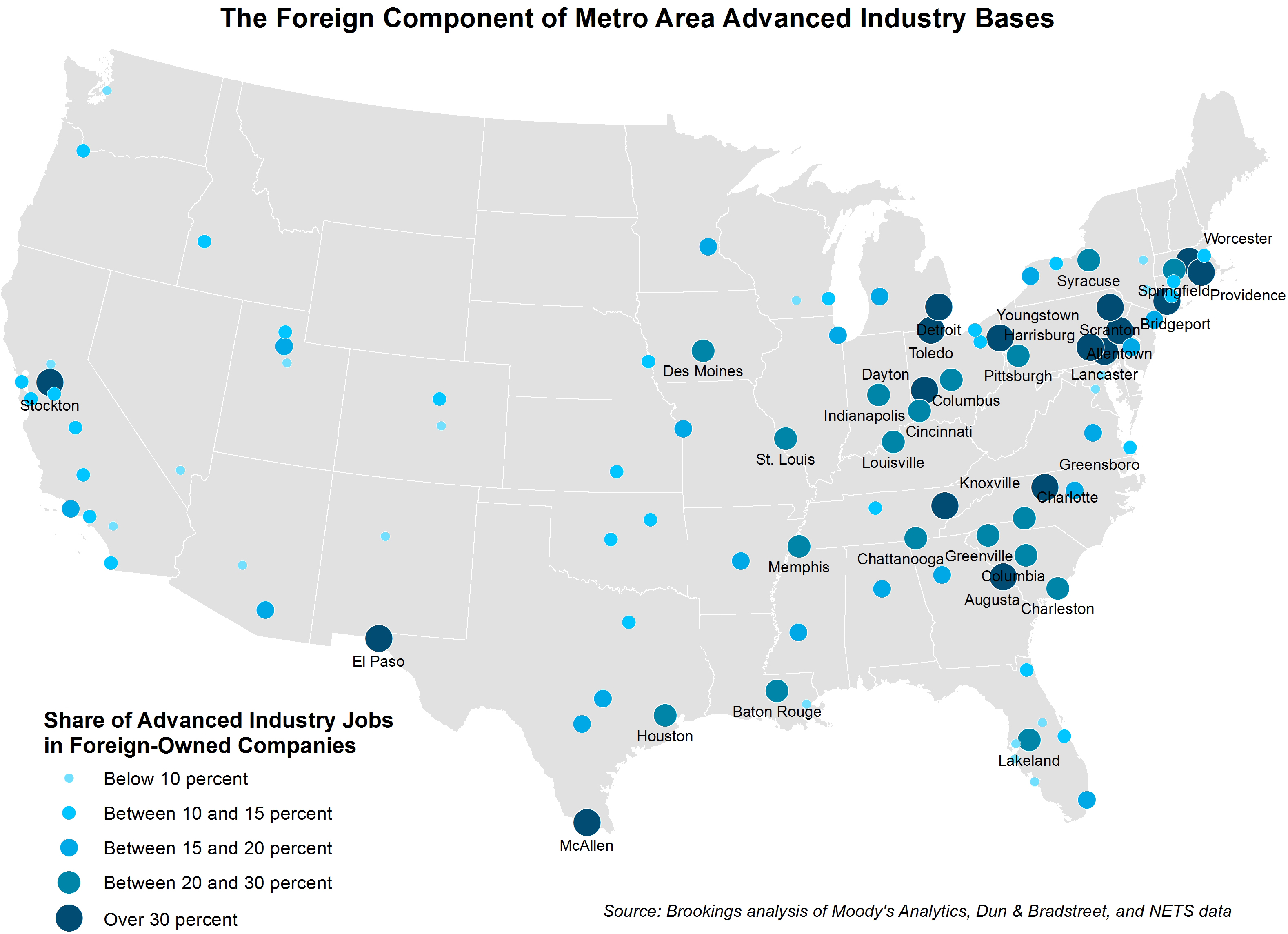 But FDI’s contribution to the sector goes beyond employment. FDI also bolsters the three foundations of competitiveness in advanced industries—innovation, skills, and ecosystems:

Not coincidentally, innovation, skills, and ecosystems are factors that attract high-quality FDI to the United States in the first place. In that sense, FDI and advanced industries have a symbiotic and mutually reinforcing relationship: A dynamic and innovative economy attracts high-performing multinationals; their presence here reinforces the country’s edge.

Yet public and private investment in the foundations of U.S. competitiveness is running at historical lows, and the country’s prospects are slipping because of it. While the push for increased FDI is timely and smart, U.S. public, private, and civic leaders need to commit themselves to encouraging innovation, upgrading workforce skills, and rebuilding and strengthening regional ecosystems—ideally before the macroeconomic winds start blowing more favorably toward other shores.

Which cities lead the nation for women founding venture-backed startups?