The fastest growing racial group in the country is those who identify themselves as “two or more” races. Yet, perhaps most encouraging, as discussed in my book Diversity Explosion, is the rise in the population that identifies itself as both white and black. The racial divide in the United States has been so stark that it was not until the 2000 Census that federal statistics allowed multiracial status. For a long period in our history, persons were identified as black according to the “one drop” rule which stipulated that if they had any black ancestors, they could not be classified as white.

Recently, a clear sign of the softening of racial boundaries was the 2010 Census report that persons identifying as black and white were the largest biracial population at 1.8 million—more than double those identified in the previous census. Moreover for every 100 black toddlers under age five, 15 toddlers were identified as white and black, again a sharp rise from 2000 (See figure). 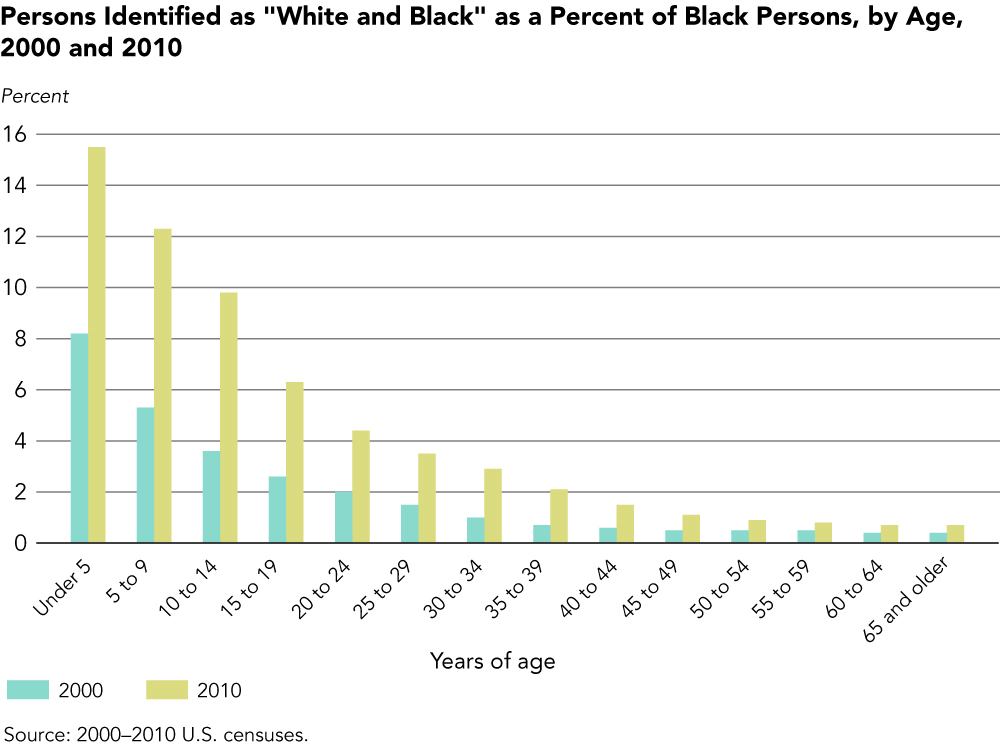 More significant is that the growth in persons identifying as white and black was highest in the South—a region where such identification was long discouraged and penalized. To be sure, the overall numbers of white-black identifying persons are small. But these shifts—incremental as they may seem—represent a major breakthrough in the blurring of the nation’s racial boundaries, once indelibly etched in stone by laws, public and private institutions, and even the census.