President Barack Obama’s upcoming executive action on immigration reform will have only moderate benefits for the technology industry. For years, tech executives have complained about a shortage of U.S.-trained, highly skilled workers. Many have described the difficulty of filling open positions because American universities are not turning out sufficient numbers of students with advanced degrees in science, technology, engineering, and math.

To help the technology sector, Obama has agreed to increase the number of foreign graduates of American universities with STEM degrees stay in the United States. That move is designed to ease employment pressures and enable qualified students to stay in the country.

The Need for H-1B Visas

But it does not address industry hopes of keeping these individuals here on a long-term basis. The president’s executive action does not increase the number of H-1B visas that are available. That program is capped at 65,000 each year. Last year, the agency received 124,000 applications and in most years, these visas get snapped up in a matter of days or weeks. The visas allow high-skilled experts to come to America for jobs where workers are in short supply.

The executive order should boost the overall economy by easing worker shortages in the tech sector. Immigrants have made important economic contributions to the U.S. economy. Half of Silicon Valley startups had an immigrant founder or co-founder. Immigrants have jobs in areas such as agriculture, restaurants, and hotels where native born citizens do not want to work. As I demonstrate in my Brookings Institution Press book, Brain Gain, immigration is a major driver of longterm economic prosperity.

Administratively, the current system remains a huge nightmare. There is little in the executive order that will alter the complex, slow, and highly bureaucratic nature of the immigration system. As an illustration, read my 2013 Huffington Post column Inside the Immigration Process for a first-hand account of the difficulties navigating the current regime. Even highly educated people have trouble figuring out how to apply for particular visas. 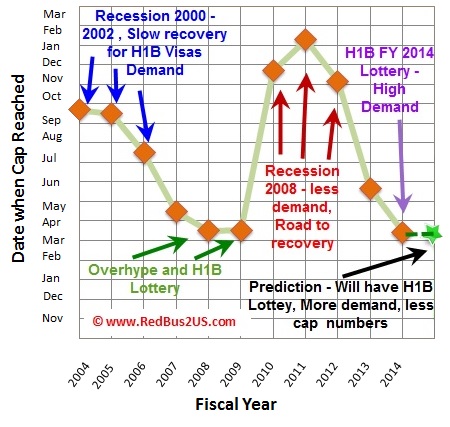