“The nation’s consciousness has been raised by the repeated acts of police brutality against blacks. But the problem of public space violence—seen in the extraordinary distress, trauma and pain many poor inner-city families experience following the killing of a family member or close relative—also deserves our special attention.”

So argued William Julius Wilson, world-renowned scholar and newly appointed Brookings Nonresident Senior Fellow, on this blog yesterday. That special attention could usefully start with some of the most important facts. Gun deaths vary dramatically by gender and race: 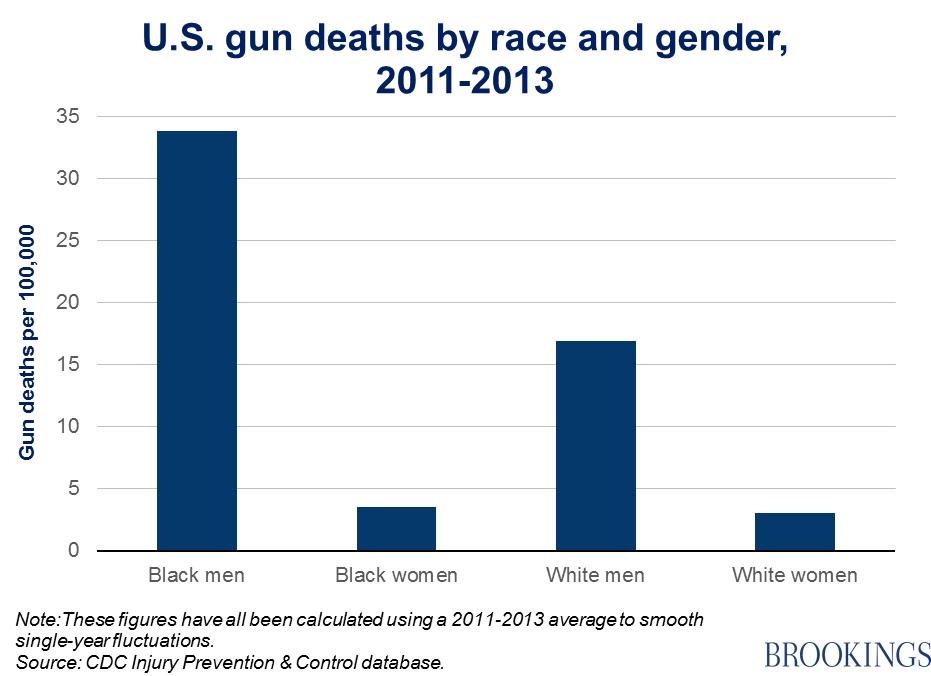 The differences among young adults—those aged between 20 and 29—are even starker, according to CDC data for 2011 through 2013: 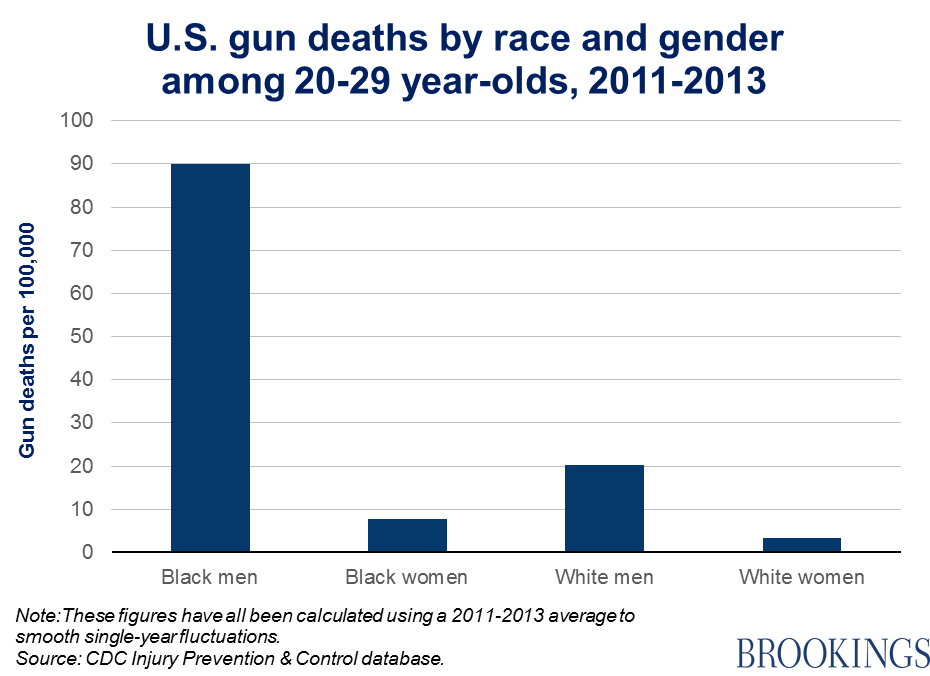 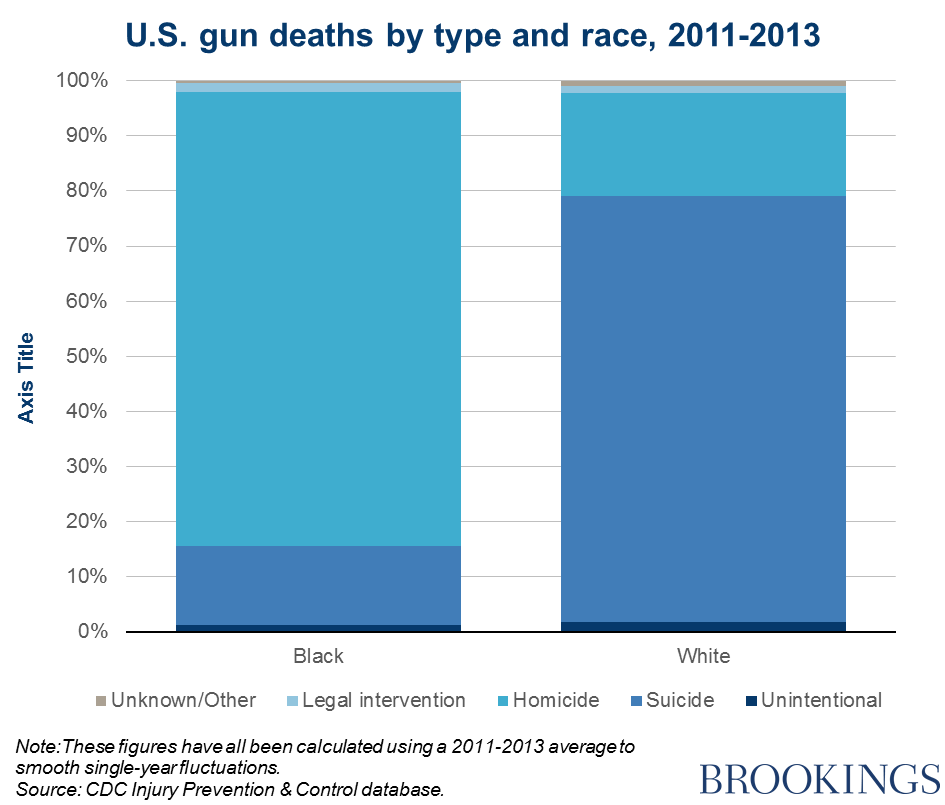 Gun violence can have a series of serious snowball effects in education, health, incarceration, family instability, and social capital. To take one example, anxiety levels rise and cognitive functioning worsens among school children following a violent crime within half a mile of their home, according to a study by Dana Charles McCoy, C. Cybele Raver and Patrick Sharkey. Individuals who witness violence are also at increased risk for a variety of mental health issues, which can manifest as post-traumatic stress disorder, depression, poor academic performance, substance abuse, risky sexual behavior, delinquency, and violent behavior, notes David Hemenway. And as Wilson suggests, these costs weigh largely on the shoulders of black Americans.

Gun violence is part of a vicious cycle of race and inequality in the U.S., reflecting existing social inequalities, and also making it even more challenging for young black people, especially young black men, to escape poverty and violence.

Temperatures rising: The struggle for bases and access in the Pacific Islands

Geostrategic competition for military basing in the Indian Ocean region

Isaac B. Kardon
Wednesday, February 8, 2023
Get daily updates from Brookings