There’s a lot of gloom about marriage in America. Just as same-sex couples win the right to marry, the whole institution seems to be in trouble, especially among people with less education or lower incomes. Ask most people about the state of marriage in general, and they give a negative answer, as a new survey published today by The Center for the Study of Elections and The Deseret News suggests.

But as so often, people feel much more optimistic about things closer to home. Asked whether their own marriage had become weaker, stronger, or was unchanged over the last two years, people were much more upbeat: 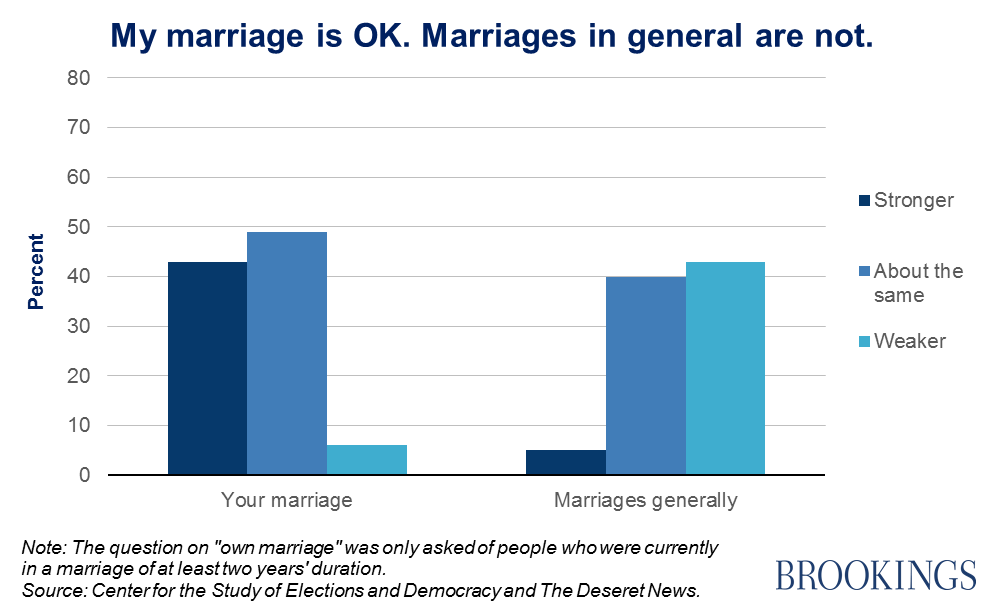 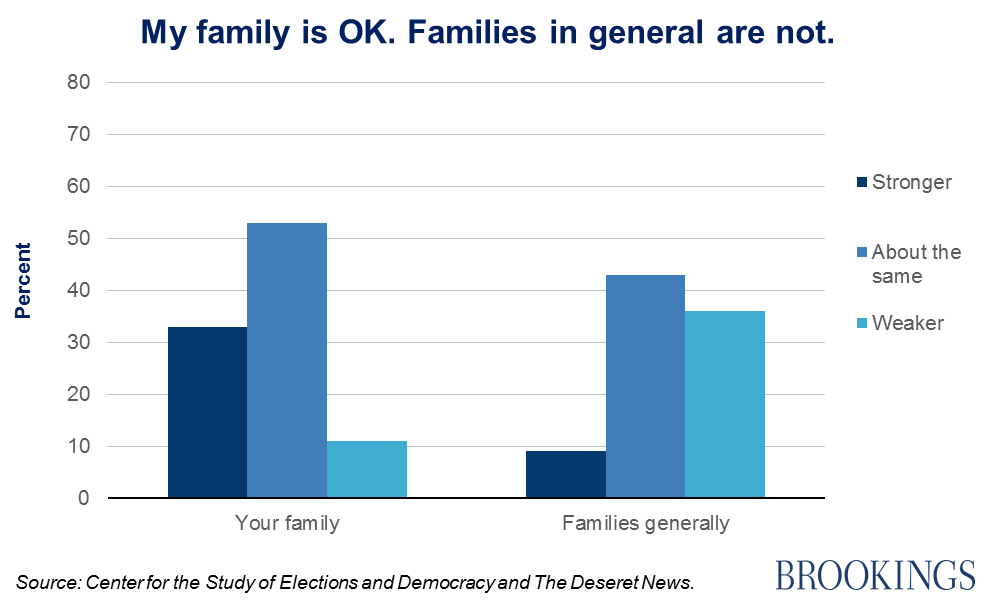 This divergence between local and global assessments can often be found in surveys are conducted on education, health, or politics. People often report that they are satisfied with their own congressman, their own doctor, and their own school even as they suggest that the political, health, and education systems in general are in a state of near-collapse. Most of us, it seems, are macro-pessimists but micro-optimists.

In general, the new survey paints a reasonably upbeat picture of marriage in America, and some fascinating nuances which we’ll be coming back to in the next few weeks. Here are some highlights for now:

Attitudes toward marriage vary considerably by age, level of education, religious affiliation, and ideological orientation: more so, probably, than in the past. But, as this survey shows, very different results are generated when you ask people about one marriage in particular—their own—as opposed to marriage in general.

Disclosure: I was on an advisory group assisting in the design of the survey cited in this blog.