The labor market doesn’t look good for today’s youth. Unemployment rates for those under 25 are over twice the national average and remain far above their pre-recession levels. 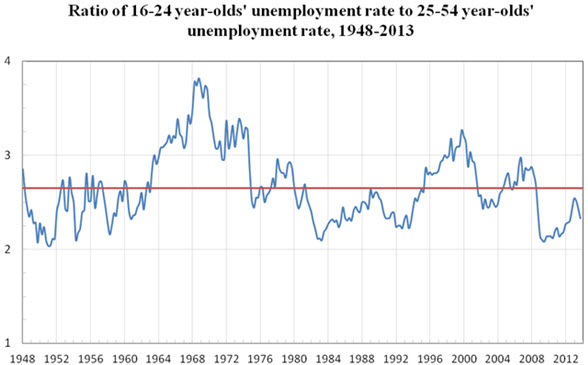 A weak start in the labor market is bad news for both the economy and social mobility. There are long-term implications for a person’s earnings: a six-month bout of unemployment at age 22 would reduce wages by 8% in the following year, and  would reduce future earnings by about $22,000 over the next decade. These earnings losses seem to be the product of lost work experience, depreciating labor market skills, and the negative signals that unemployment sends to employers.

The Most Disadvantaged Are Hit the Hardest by Youth Unemployment 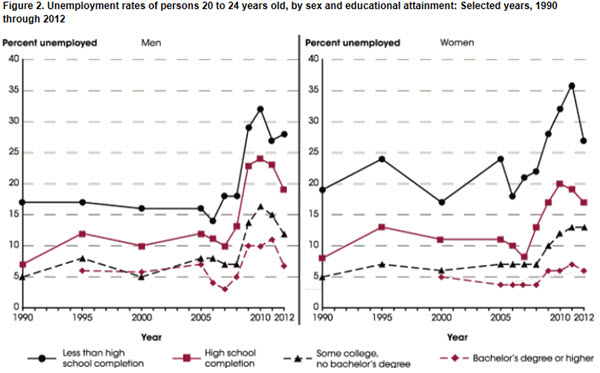 In “Strategies for Assisting Low-Income Families,” we argued that a return to full employment should be first among many policies needed to boost the economic prospects of struggling workers. Two strategies in particular are well-suited to tackle the youth unemployment problem:

How worried should we be if the debt ceiling isn’t lifted?