Editor’s Note: On May 3, Maroš Šefčovič, vice-president of the European Commission, in charge of the Energy Union, delivered the following remarks at a breakfast roundtable at the Brookings Institution.

We are here to talk about energy. We all know that a reliable and steady flow of energy is a fundamental requirement for our modern economies and for the high quality of life that we have achieved on both sides of the Atlantic.

But for us in Europe, the notion of integrating our energy infrastructures and policies is coded in the DNA of the European Union. The European Coal and Steel Community of the 1950s is what triggered the entire European integration project, paving the way to the development of the European Union as we now know it.  It was the result of bold leaders who understood that by tying our energy resources together, we are less likely and less capable of turning arms against each other.

Ironically, whereas the original European Community of the founding Member States revolved around energy, this particular field was left aside. We have ensured our citizens could move freely across the European Union, to choose in which country they wish to study, live, and do business. But we have ignored the fact that when it comes to our energy systems, we still largely think in national terms.

That is why the current President of the European Commission, Jean-Claude Juncker, set as one of his top priorities the establishment of the Energy Union, and appointed me to take charge. Fortunately, when talking today about the integration of our energy markets, it is no longer out of fear of war on European soil as it was back then. And we no longer see coal as our primary source of energy… 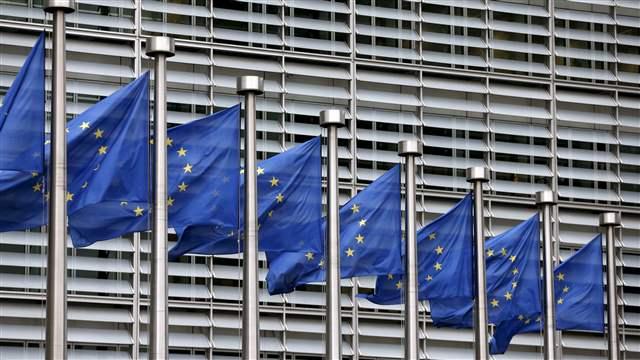 So our incentives today are somewhat different; we recognize that, as in other fields, working together is mutually beneficial:

Of course, the implementation of the concept I just described is highly complex. We are attempting integrate national energy systems of 28 countries, which vary greatly in terms of their national legislation, infrastructure, levels of development, and traditional energy strategies and policies. We are therefore looking at significant reforms in terms of legislation and regulation, and at a massive investment in infrastructure that would interconnect our systems. This is especially true across certain regions which are isolated for historic reasons, or which still depend on the old Soviet system (like the Baltic countries), keeping them separated from the rest of the EU.

Shortly after we launched the project last year, we are already seeing some tangible results. And we are very keen to keep our pace of delivery very high.

But for us in Europe, the notion of integrating our energy infrastructures and policies is coded in the DNA of the European Union.

Without going too much into the highly complex EU decision making, I will say that the Commission, as the institution which initiates legislation, is keen to present almost all the necessary proposals for building the Energy Union by the end of this year. That is in order to allow ourselves enough time to negotiate with the EU co-legislators, the European Parliament and the Council. Given that we first presented the Energy Union strategy in February 2015, it means we have set ourselves roughly two years to put forward all our legislation. That is quite a heavy task but I am very proud to say that we are well on track for meeting these targets.

To give you a broad overview of what we’ve done and what is left:

In this respect our trans-Atlantic trade relations are very important. As you may know, currently our energy supply is highly centralized; some EU countries import all their energy from the same source. This is not a healthy situation for many reasons; it has a high impact on the prices, and renders us vulnerable to energy disruption, especially in the current geo-political climate. That is why we are looking at trading with more sources, and LNG could be a very important component in the evolving global gas market.

In this respect, I very warmly welcome the liberalization on American energy exports to Europe, which I have been calling for in my previous meetings with my American peers. The message was heard. As you might have heard, the first LNG delivery crossed the Atlantic last week and arrived in Portugal. For us, this is great news because it’s exactly the kind of diversification we were aiming at. And for your economy it could be a significant source of revenues, tapping into the growing demand for energy around the world.

So there is a lot to discuss between our European and American administrations when it comes to energy. That is exactly why, the US-EU Energy Council was established in 2009. It serves as our main trans-Atlantic dialogue on energy issues like: energy security, trade, and collaboration on energy research and technology, and of course climate action which I will touch upon in a moment.

We are attempting integrate national energy systems of 28 countries, which vary greatly in terms of their national legislation, infrastructure, levels of development, and traditional energy strategies and policies.

In two days the Council will meet for the 7th time. As in previous times, it will be chaired by Secretary of State Kerry and Secretary of Energy Moniz on the American side. On the European side I will be with my colleagues; High Representative/Vice President Federica Mogherini, and Commissioner Miguel Arias Cañete. The European rotating Presidency will also be represented by Dutch Minister Dijksma.

I am listing these high-level politicians just to give you an idea of the importance that both the EU and the US place on the cooperation in field of energy security, new technologies and wider energy policy. But at the same time we are also engaged in discussions to further underpin our trans-Atlantic market, the world’s largest trade and investment zone.

But “with great power comes great responsibility”. Being the two largest economies in the world means that the EU and the US have a great responsibility towards the viability of this planet. By the way, this expression about responsibility deriving from power is attributed to many; from Voltaire, through Churchill, to Franklin and Roosevelt…

This sense of responsibility was translated into the success of the historic Paris Agreement, a global accord which will literally change the face of this century. Or in the worlds of President Obama “there is one issue that will define the contours of this century more dramatically than any other, and that is the urgent and growing threat of a changing climate”. 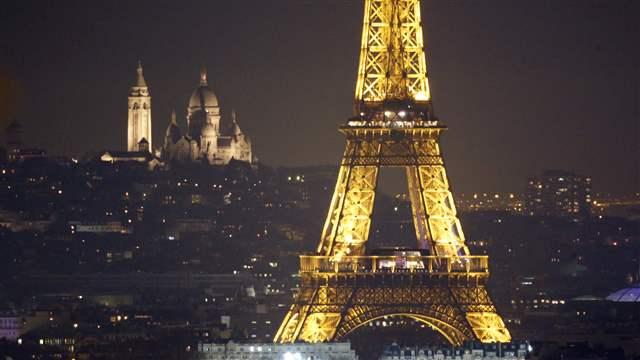 The Eiffel Tower is seen at night in front of the Sacre Coeur Basilica on Montmartre (L) in Paris, France (REUTERS/Charles Platiau).

It is perhaps symbolic that the most significant climate agreement in history was reached in Europe and signed in America last week. This agreement was reached thanks to tremendous diplomatic efforts on both sides of the Atlantic – ensuring it is a global agreement which for the first time includes all countries.

Following our good experience in the ‘High Ambition Coalition’ in Paris where European and American negotiators worked closely together, I can tell you that the two administrations are now joining forces to ensure the Agreement enters into force as soon as possible, that we continue reinforcing our common and respective climate actions. There is no other policy field where global cooperation is as important, as natural as in climate action. And this must start by us; the two largest economies.

On our side of the Atlantic, we are definitely ready to set an example for other countries to follow; we have set ourselves with the most ambitious climate and energy plan of cutting at least 40% of our greenhouse gas emissions (from 1990 levels) by 2030.

Along with our 2030 targets of at least 27% renewable energy and at least 27% energy efficiency across the EU, we are gradually moving the EU towards a more competitive low-carbon economy by 2050.

As I’m sure you know, the Hannover Messe international innovation fair in Germany is the largest of its kind, where companies from around the world present their state-of-the-art. This year’s fair took place last week, focusing on the American industry. Having attended it, I can tell you I was tremendously impressed by the level of imagination and sophistication, presented by both American and European companies.

This is particularly true in the area that interested me the most, green tech which has already created some 9 million jobs in Europe. I know that a great level of cooperation exists between American and European scientists, researchers, and entrepreneurs when it comes to this green energy paradigm change. But imagine how much we can achieve together when the Silicon Valley is part of the same free trade area as Dublin, Berlin, or Vaasa in Finland. That is why I think the message expressed in Hannover by both President Obama and Chancellor Merkel on advancing the negotiations of the Trans-Atlantic Trade and Investment Partnership (or TTIP), is so important.

I think that in this respect, we in Europe can benefit and learn a lot from the American entrepreneurial spirit, whereas we can bring to the table some of the best practices and policies which are already implemented across hundreds of European ‘smart cities’.

And speaking of our smart cities, the urban level proves to be extremely effective for creating cooperation and best practices. That is why we created in Europe the Covenant of Mayors which brings together thousands of local and regional authorities which voluntarily committed to implementing EU climate and energy objectives on their territory. In December, on the margins of the Paris Summit, I announced the globalization of the network, inviting cities from around the world to join it. And
last week, in New York, I discussed with Michael Bloomberg the possibilities of
advancing the partnership between the Covenant of Mayors and the Compact of
Mayors.

As you can see, there is a lot happening in the Energy Union, and I tried to give you a taste of some of its main ongoing projects. But as I have already touched upon many topics, I suggest that I stop here in order to leave for us room for discussion.

Thank you for your attention.

How the Omicron response can prepare us for the next wave

What’s next for U.S.-Africa relations under the Biden administration?

Witney Schneidman and Aloysius Uche Ordu
Wednesday, May 25, 2022
Get daily updates from Brookings