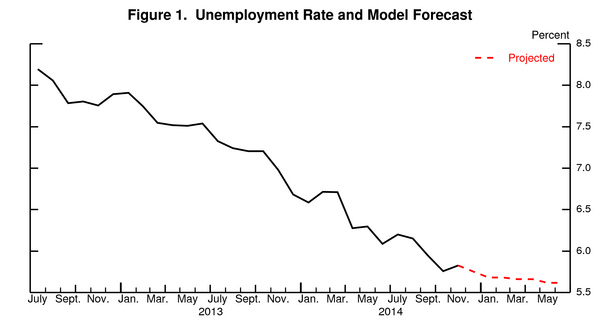 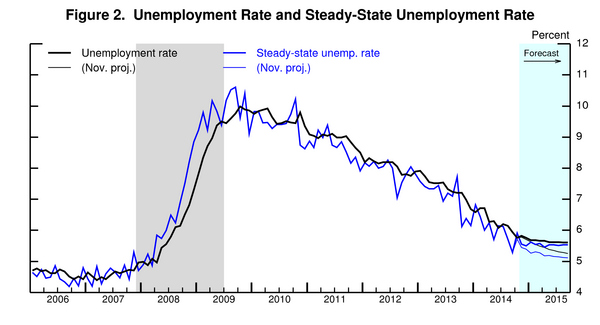 To forecast the behavior of steady-state unemployment, the model propagates forward its best estimate for how the flows in and out of unemployment will evolve over time. The two most important flows –workers’ job finding rate (UE) and workers job separation rate (EU)—have been behaving slightly less well than predicted by the model (figure 3 and 4), and in consequence, their forecasts have been revised slightly downward. This revision explains the slightly less upbeat forecast this month compared to last month. 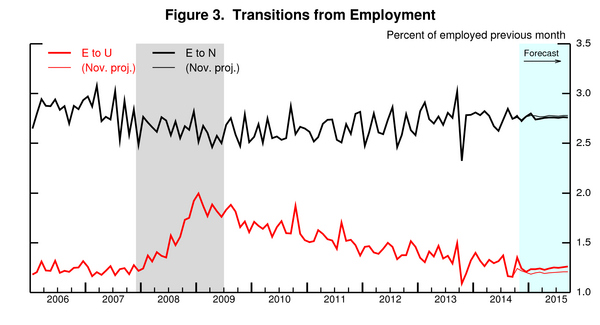 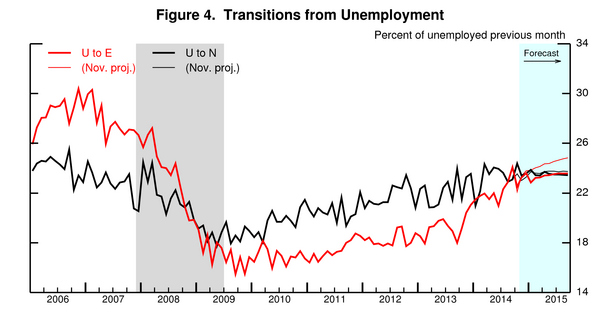