Editor’s Note: On April 14, join John Hudak, Rep. Earl Blumenauer, Dr. Bertha Madras (Harvard School of Medicine), and David Evans (Partnership for Drug-Free Kids) at a Brookings Debate about medical marijuana engaging the question: Should the federal government remove marijuana from its list of Schedule I drugs? Click here to sign up to attend the event or to register for the live webcast.

Many people have not heard of the CARERS Act, nor are they familiar with the policy problems it seeks to rectify. However, the law would affect policy for the more than 149 million Americans who live in the 23 states and the District of Columbia that allow medical marijuana. (That number rises to about 163 million Americans when Pennsylvania approves medical marijuana, as is expected in the coming months.) So, what does this somewhat anonymous legislation seek to do and what would it mean for state policy toward medical marijuana?

CARERS is the most comprehensive Senate legislation on marijuana

The CARERS Act is not the first piece of Senate legislation involving marijuana reform. In fact, legislative proposals on marijuana decriminalization date back to the 1970s. However, many of the marijuana reform bills in Congress have been filed in the House.

CARERS, as its name implies, addressed policy challenges in a variety of areas, involving a variety of stakeholders. It seeks to protect patient access in states with existing medical marijuana programs from federal intervention. The current state of policy offers patient protection through an informal agreement with the Obama administration. CARERS codifies the collection of Justice Department memos that currently duct tapes together federal marijuana policy.

CARERS also expands opportunities for medical and scientific researchers to study marijuana and its therapeutic uses. The legislation makes it easier for researchers to be registered and approved to study the drug and reduces some of the currently onerous rules research institutions must follow in order for marijuana studies to be conducted on their campuses. The bill also breaks down the current DEA-mandated, NIDA-contracted monopoly on the production of research-grade marijuana by expanding the number of federal government-approved grow operations.

After CARERS was proposed in the Senate, Rep. Steve Cohen (D-Tenn.) introduced companion legislation in the House. One glance at both bills’ supporters shows how unique these proposals are. In an era—and in a city—that is characterized by antipathy across parties, hyperpolarization, and seemingly unending gridlock, marijuana has an interesting effect on Congress: it brings lawmakers together.

In the Senate for instance, Cory Booker (D-N.J.) is joined by 17 cosponsors. Those cosponsors hail from 13 states from all corners of the country. They include states with robust medical marijuana programs and ones that have been loathe to reform state policy in this area. The cosponsors include three Republicans, one Independent, and 13 Democrats. One other interesting aspects of this group involves presidential candidates. The 2016 presidential campaign has been the first one where marijuana has been treated less like a punchline and more like a policy, and many of the candidates supported, at a minimum, some combination of expanded research/states rights position on the issue. However, of the five Senators who ran for president this year, only Sen. Paul was an initial supporter; Sen. Graham (R-S.C.) signed on after leaving the presidential race. Senators Cruz (R-Texas), Rubio (R-Fla.), and Sanders (I-Vt.) have refused to cosponsor the legislation.

In the House, CARERS’ original sponsor, Steve Cohen, has been joined by 31 cosponsors. They hail from 18 states and include representatives from D.C. and Guam. In the House, there is greater bipartisanship support for the legislation. Nineteen Democrats join 12 of their Republican colleagues in supporting the bill. They include liberals like Reps. O’Rourke (Texas) and Blumenauer (Ore.) as well as deeply conservative members like Reps. Amash (Mich.) and Jones (N.C.).  Cosponsors’ home states range from New York to South Carolina to Alaska to Hawaii and many places in between. Support is diverse and makes for very strange bedfellows in the House and Senate. To put it into perspective, two of the cosponsors Mick Mulvaney (R-S.C.) and Jerry Nadler (D-N.Y.) voted together only 20.3 percent of the time in the current Congress. Many of these members don’t agree on much, but they agree CARERS is a reform they can embrace.

CARERS would move marijuana from Schedule I to Schedule II status. This move, though not a major policy reform, would ease restrictions on researchers hoping to provide answers to a variety of scientific questions. It would help remove the government and politics from hindering progress in the scientific community. The substance would remain a controlled substance in a class with cocaine and opioids, but would remove it from Schedule I where it currently sits with heroin and LSD.

As I have written elsewhere, a Congressional effort to reschedule marijuana is much more efficient than the executive branch effort to do the same. Further, this Thursday, Congressman Earl Blumenauer (D-Ore.), Dr. Bertha Madras (Harvard School of Medicine), and David Evans (Partnership for Drug-Free Kids) will participate in a Brookings Debate about whether marijuana should be rescheduled. (Information about the marijuana rescheduling debate is available here.)

CARERS would also removed a commonly used marijuana extract—cannabidiol—from the federal drug schedules entirely. Cannabidiol (CBD) is used in a variety of medical settings, but most notably for the treatment of intractable epilepsy disorders. This substance has no intoxicating effect on users, as THC—marijuana’s intoxicating cannabinoid—has been stripped out. In fact, the legislation specifically notes a CBD extract is only deemed “descheduled” if it contains less than 0.3 percent THC. 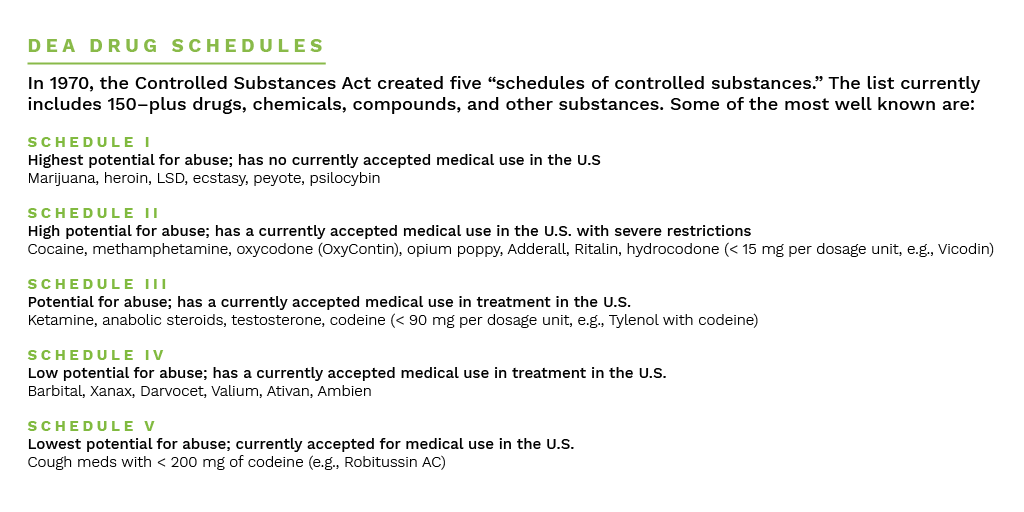 CARERS is less about federal power and more about empowering states

For decades, marijuana policy in the U.S. has been dictated largely by the actions of the federal government. Even as states have legalized medical and adult-use marijuana, federal power has created a series of challenges with regard to access, growing, transportation, taxes, banking, security, research, criminal justice, and more. What CARERS seeks to do is remove those federal barriers, only for states that have legalized medical marijuana.

In many ways, it allows states to be the laboratories of democracy, while freeing up some of the restrictions that hold back markets from operating. Marijuana will never be a free market in this country. Government demands and public expectations mean that the market will be heavily regulated. Even in states with historically lax medical marijuana regulations (i.e., California, Colorado, Washington) serious efforts have been or are being made to enhance regulation. That said, even under a strict state-level enforcement environment, CARERS reforms allow financial, supply, and access aspects of the medical marijuana market to function more like traditional product markets—an ask the advocacy community has been making of federal officials for two decades.

Love it or hate it, CARERS exposes the diversity of medical marijuana stakeholders

Often times when topics turn to marijuana policy, many envisage an outdated, stereotypical, pop culture-driven caricature of the user or the activist. In reality, in American society today, the medical marijuana user cannot be pigeonholed. She may be an infant with epilepsy, a teenager subjected to combined rounds of chemotherapy and radiation to treat Stage IV leukemia, a black millennial suffering the painful effects of sickle cell, an Iraq War veteran tortured by the insomnia and anxiety associated with PTSD, a woman in her 50s who has battled rheumatoid arthritis since she was a young girl, or an elderly man dealing with ever-increasing tremors associated with his Parkinson’s Disease. In many ways, the face of medical marijuana is the face of America. Hundreds of thousands of Americans use it legally or illegally to treat a variety of disorders, diseases, and symptoms.

CARERS engages those sick individuals by increasing access to medical cannabis, but also by expanding research to help deal with questions about effectiveness for treatment by disease, dosing, potency, side effects, interactions, and a variety of other question which the medical community offers answers for traditional pharmaceutical and therapeutic treatments. Yet, CARERS goes further.  As I profiled in my recent Brookings Essay and as the legislation exposes, patients, business owners, doctors, bankers, children, researchers, veterans, prosecutors, law enforcement, lawyers, accountants and state regulators all have a stake in a clearer, more uniform public policy. Current disjunction between state and federal laws means that millions of Americans operate in a legal gray in which choices are made on a whim and with a prayer. CARERS tries to assist all of these groups and bring some stability and consistency to marijuana policy in the U.S.

CARERS does not solve all of the policy challenges that exist in this space, nor does it meet all of the demands of the marijuana reform advocacy. Instead, while comprehensive and unprecedented, it offers a middle-of-the-road resolution to some of the policy areas’ biggest problems. If passed, pro-reform advocates will be left wanting more and pro-prohibition advocates will be unhappy. However, the current state of policy in the U.S. is untenable and something has to give in some direction. Right now, a bipartisan group in Congress feels CARERS is the next logical step.