This week, the Republican-controlled House of Representatives began work on a budget reconciliation bill that eliminates federal funding for Planned Parenthood for one year and repeals some components of the landmark 2010 Affordable Care Act (ACA). This reconciliation measure represents a key part of the congressional leadership’s plan to avoid a government shutdown: promise the Planned Parenthood opponents that their concerns will be addressed in a filibuster-proof reconciliation bill, and, in exchange, get smoother consideration of the short-term spending bill that passed yesterday and keeps the government’s lights on until December. 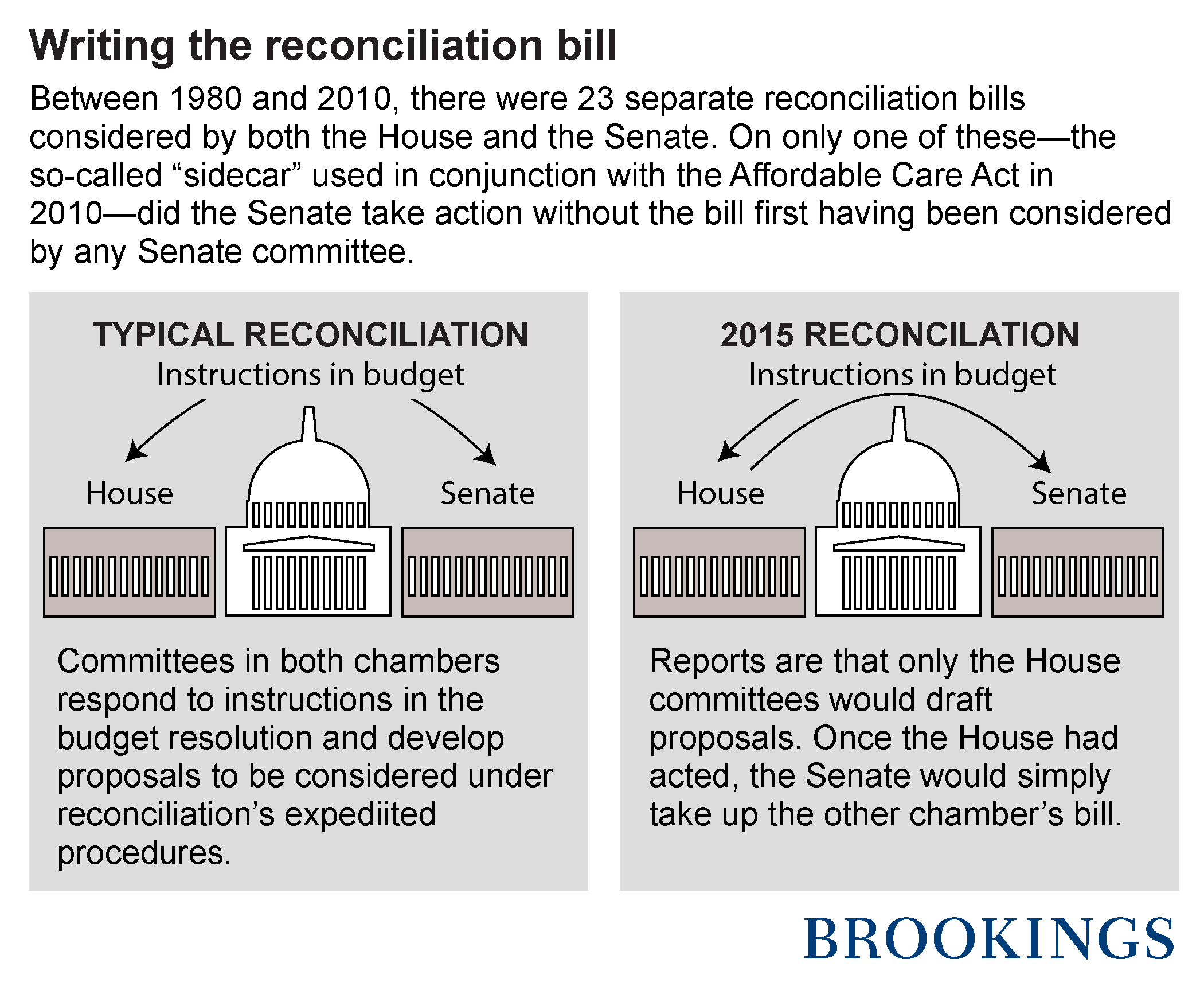 This fall’s reconciliation bill is only the most recent chapter in the history of a set of procedures that have been regular part of the legislative process since the early 1980s. How does this year’s approach to the reconciliation process stack up against its historical peers? Consider the following four components of the process:

Deciding when to consider the reconciliation bill

Resolving differences between the two chambers

Sending the bill to the President

Along these four dimensions, then, we see that the current use of reconciliation neither unprecedented nor entirely typical. What should we make of these differences from historical patterns? One important conclusion involves the relationship between the reconciliation rules on one hand, and the scope of the policy change they are shepherding through the legislative process on the other. In 2010, my Brookings colleague Tom Mann, along with Norm Ornstein and Raffaela Wakeman, documented how reconciliation bills have often served as a vehicle in which many legislative initiatives are packaged together into a single, procedurally-protected bill that makes major policy changes. When the process is used to that end, it’s hard to imagine Senate committees surrendering the chance to stake out their positions on the multitude of individual items included in the bill at the beginning of the process. It’s equally difficult to picture senators giving up the opportunity to fight for those preferences as part of a formal conference process.

This year’s measure, however, is more focused. Certainly, its policy changes, if enacted, would be quite consequential. The bill, after all, eliminates the requirement that individuals purchase health insurance that sits at the center of the ACA’s reforms. Given the jurisdictions of the committees included in this year’s instructions, however, congressional leaders could have written a much broader reconciliation bill than they ultimately have. Some Republicans had, for example, hoped to use the process for broader tax reform, while others entertained using the process to move a broader ACA repeal bill. The choice to forgo these alternatives has not only inspired criticism from some conservatives, but has also changed the incentives for taking the more conventional approach to a reconciliation measure. Given the choice to write a targeted bill that is headed for near-certain veto—and, perhaps, a rocky path through the Senate—it is not surprising that congressional leaders have chosen the more streamlined approach described here.