In this week’s edition of Charts of the Week: three items on the stagnation in middle class income. For more research and analysis on this topic, visit the Future of the Middle Class Initiative.

The middle class has been falling behind in terms of the standard income measure over the last four decades. Isabel Sawhill and Christopher Pulliam write that “the top 20 percent has seen their income double” while “the bottom 20 percent has seen income growth of 84 percent, far outpacing the middle class.” They add that “government subsidies for health insurance make up a large portion of the bottom quintile’s income growth over the past 40 years.” If healthcare costs are excluded, middle class income growth decreases even more, from 47 percent to 32 percent.

Whose wages are rising and why? 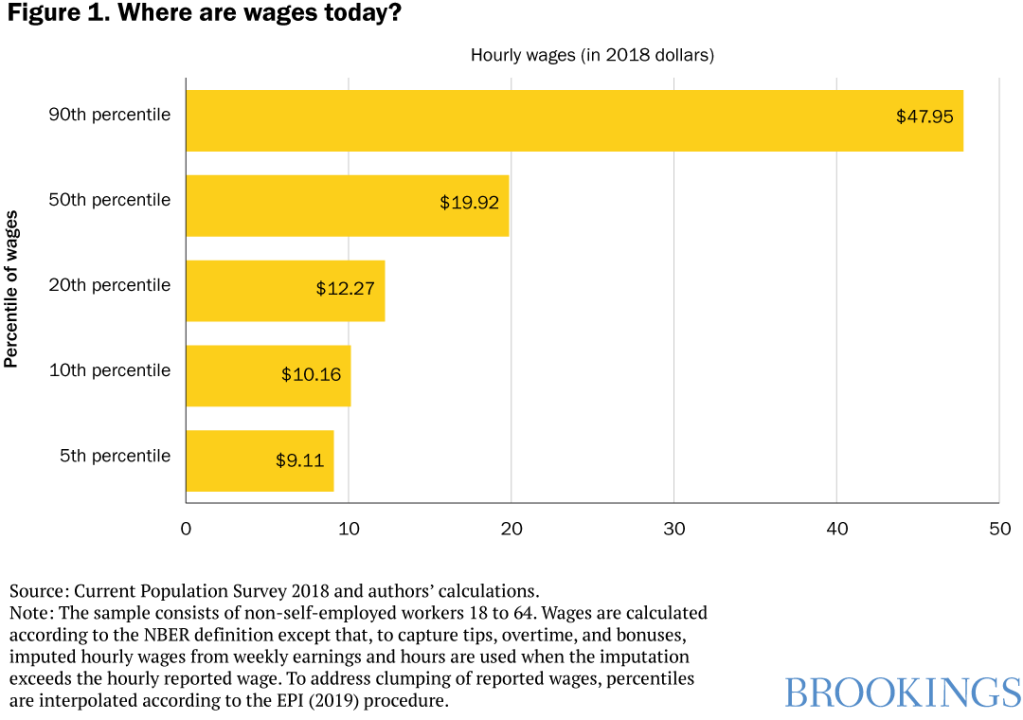 Middle class incomes HAVE NO PROSPECT OF CATCHING UP

South Korea in the new geoeconomics: Development finance and infrastructure