The population of foreign-born residents in the U.S. is increasingly spreading outside the major metropolitan areas and into smaller cities and suburbs throughout the U.S., according to new research by the Metropolitan Policy Program’s Jill Wilson and Nicole Prchal Svajlenka. There are now 41.3 million foreign-born residents in the U.S., accounting for 13.1 percent of the total population, only slightly higher than 13 percent in 2000. However, immigrants are dispersing to new parts of the country, with larger metro areas such as Los Angeles beginning to see a decrease in their foreign-born population while smaller cities and suburban areas, such as Cape Coral, Charlotte, and Nashville, are experiencing significant growth.

Dispersal to suburban areas nearly doubled since 2000, and these new settlement patterns don’t appear to be slowing down. “As the foreign-born population in the United States continues to spread out from the largest destinations to metro areas and suburbs across the country,” Wilson and Svajlenka argue, “any federal change to immigration policies will be felt throughout the nation.” 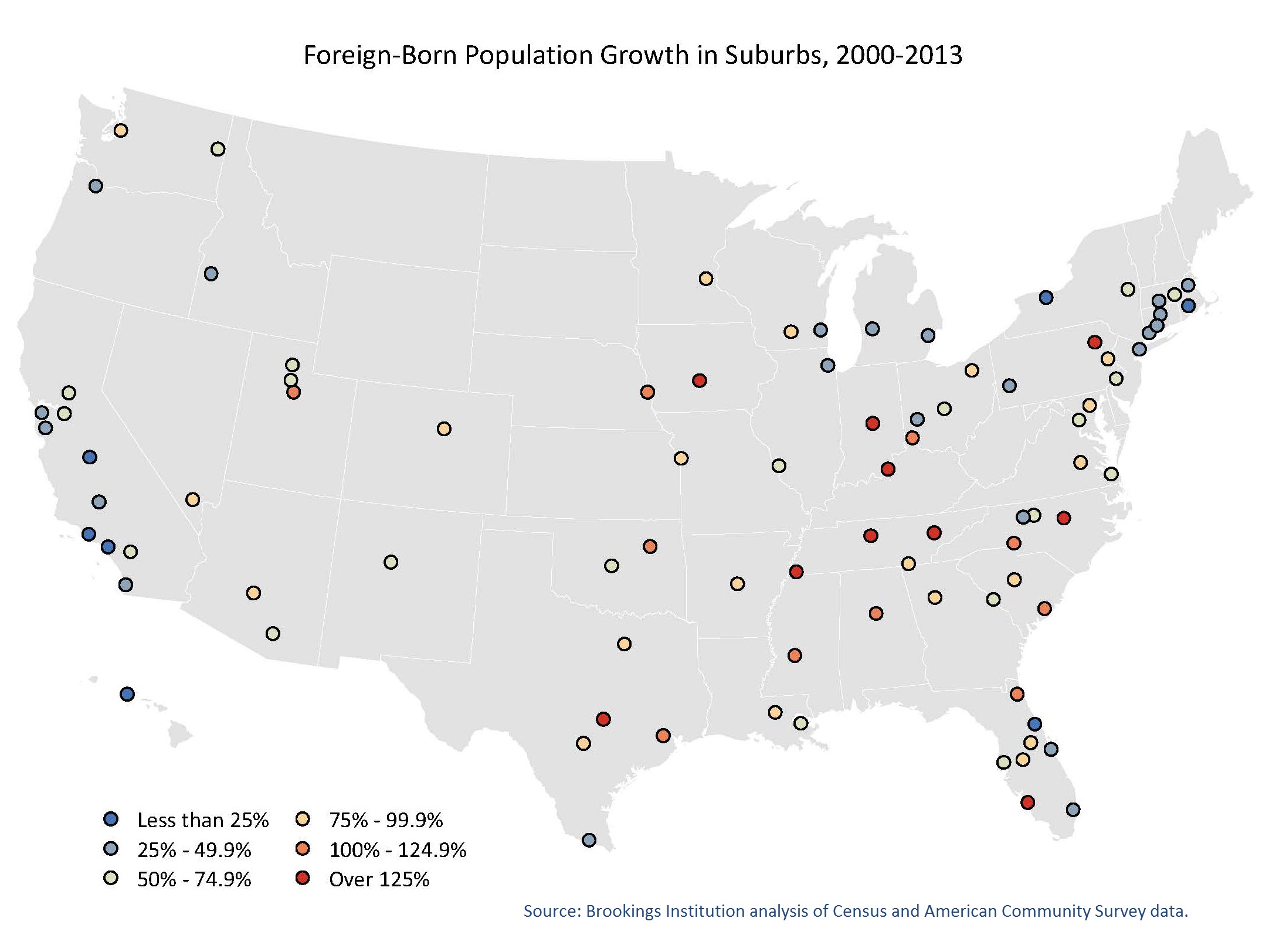 Thomas Young and Charmaine Crutchfield contributed to this post.

The Brookings Institution
Wednesday, April 3, 2019
Get daily updates from Brookings