On Saturday, Afghans went to the polls to participate in national elections. Senior Fellow Michael O’Hanlon spoke on C-SPAN on Sunday about what happened and what happens next. He said that “Yesterday was a good day and an impressive day and the Afghan people deserve to hear our compliments for what they pulled off.” Watch below:

He also observed that “a successful election does not a successful democracy or country make.” The eventual winner, likely to be determined in a runoff election, will need to form a multi-ethnic team and focus on governance while the losers will need to act accordingly. In terms of what this means for U.S. and coalition troops in that country, O’Hanlon spoke to the anxiety in this year of transition:

We’re talking about this exciting presidential election … But it’s also creating anxiety. It’s a big year of transition. Karzai has been the father of the modern nation. He’s got to step down. At that moment we don’t want to compound the anxiety and the uncertainty by pulling all of our forces out when the Afghans have been assuming we will stay and counting on us to stay. So we can do a lot, lot less than we have been, and we already are. … But I think we’re going to have to stay with a modest number for maybe a few more years. 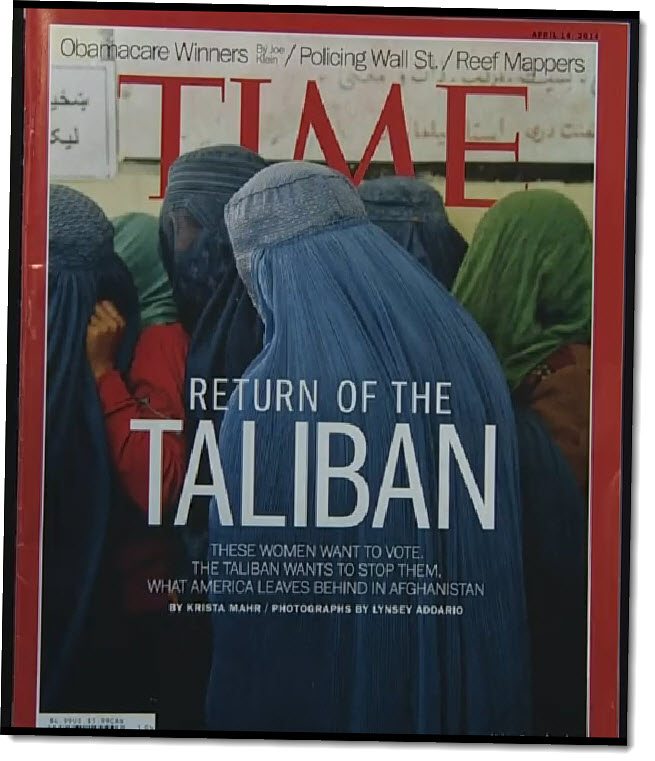 During the interview, O’Hanlon spoke strongly against a TIME magazine cover story, “The Taliban’s New Campaign of Fear,” which carries the head line “Return of the Taliban.” When asked about the cover story, O’Hanlon said:

I don’t agree with the title. The Taliban have not returned to Afghanistan. They are still fundamentally despised by most of the people. They are not in control of any of the major population centers. With all due respect to TIME magazine, the title is wrong.


There are fears of a return by the Taliban, yes. There are pockets of the country where the Taliban is still present. But the notion that somehow the Taliban is on the way back frankly I think is demonstrably wrong and not very good journalism because it suggests a climate of fear that we actually don’t want to falsely contribute to. So I’m sorry to take such issue but that’s the kind of headline that’s tempting to put on a magazine. In this case I don’t see a basis for it.

During an event last week, O’Hanlon and Neumann were joined by Najib Sharifi, senior analyst at Afghanistan Analysis and Awareness, a Kabul-based think tank and former ISAF Commander Gen. John Allen (USMC, Ret.) for a discussion of the elections and security issues.

Get archived research and commentary on Afghanistan.

President Biden’s commitment to diversity in the first 100 days

Kathryn Dunn Tenpas
Monday, May 3, 2021
Get daily updates from Brookings