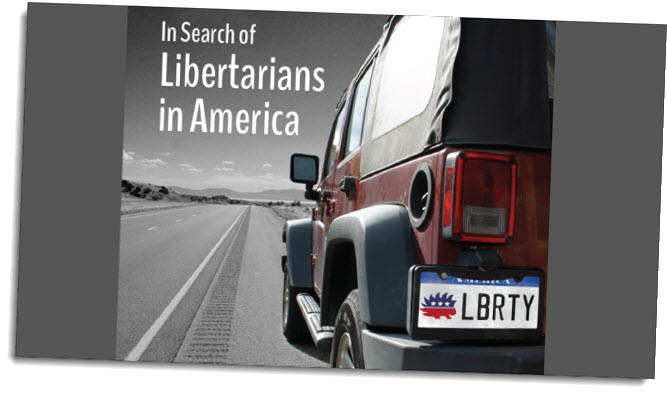 After PRRI CEO Robert Jones outlined some of the survey’s main points, including the finding that 7 percent of Americans are “consistent libertarians” and 15 percent “lean libertarian,” the panelists engaged in a lively discussion about the nature of libertarianism; its differences and striking similarities to and from both tea party conservatism and liberalism; and the power and political possibilities of libertarianism.

Karlyn Bowman, a senior fellow at the American Enterprise Institute, noted that “the political ecosystem may be changing.” She specifically mentioned that “people are moving in a more liberal direction on many values questions” and yet the “‘libertarian’ label does not seem to be catching fire.”

Brink Lindsey, vice president for research at the Cato Institute, defined the libertarian movement as “an impulse” and a “streak” in the American public. He spoke from his own standpoint that although libertarianism has been connected with the Republican Party, “the libertarian worldview … is one that sees itself as neither on the left nor the right.”

Lindsey believed that an economically conservative and socially liberal movement, in keeping with libertarian political views, would be beneficial for the entire country. However, he also mentioned that “conflation of good ideas with popular ideas is something that’s a great temptation for Washington pundits and almost always leads them into error.” He concluded that “the changes in American population over the coming decades are not going to be favorable for groups who see the American ideal as the white-bred, Ozzie and Harriet 1950s.”

Henry Olsen, a senior fellow at the Ethics & Public Policy Center, proposed two questions, the answer to both being “no.”

1. “Is libertarianism, or some hard form of it, preparing to displace conservatism as the political heart of the conservative movement in the Republican Party?”

2. “Does the GOP need to become more libertarian consistently in order to win general elections?”

Libertarian “political force is minimized because of [where] they live,” he said. Libertarians are spread out evenly across the country whereas the white evangelicals are concentrated in more traditionally Republican places in the south and border states. He agreed, however, that there may be policy reasons for trying to have people lean libertarian” but added the caveat that it is not politically smart.

Galston, from the Governance Studies program, drew the discussion away from the libertarian association with the Republican Party to focus on the relationship between libertarians and liberals on social issues. Access to abortion and euthanasia are two issues on which both libertarians and liberals agree, Galston pointed out, and that this might be a result of the “lower than average propensity to intense religiosity” in both of these groups. Both liberals and libertarians would answer “do we own ourselves? Or does God own us?” in the same way, he said.

Yet Galston also pointed out that there are fundamental disagreements between libertarians and liberals when it comes to the questions of what is harm to self and what is harm to others. Similarly, libertarians are much more likely to have come from a religious family and are therefore “appear to be more open to religion than liberals.”