Editor’s Note: This article originally appeared on The Atlantic Cities website on September 20, 2012.

The Great Recession may have officially ended in June 2009, but the weak and sluggish recovery has left many Americans struggling with the effects of a down economy years later, as evidenced by today’s release of 2011 American Community Survey data on poverty and income. The local level data reveal an uneven recovery that had not gained enough traction in 2011 to turn the corner on these trends. 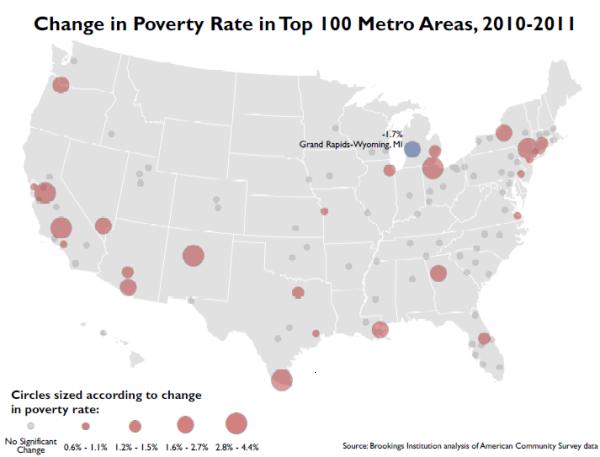 Even as the economy achieved a net job growth of 1.9 million private-sector jobs in 2011, the upward pressure on poverty in the nation’s largest metro areas continued. After jumping from 11.6 to 14.4 percent in the span of a decade, the poverty rate for the country’s 100 most populous metro areas climbed further still between 2010 and 2011, to reach 15.1 percent.