Government regulations seek to improve the health, safety, and financial and economic well-being of Americans. Regulations can lead to more efficient and equitable markets, benefiting society, but if they are not formulated and implemented carefully, they can inhibit markets, impose costs on consumers and businesses, and impede innovation and technological advance. Regulation has evolved to encompass virtually every aspect of microeconomic policy, including finance, health, intellectual property, local land use, and even social policy, as lawmakers increasingly delegate policymaking powers to regulatory agencies.

Regulations are rarely eliminated; instead, they tend to multiply and become more complex. The expanding scope of regulations at the local, state, national, and even international levels warrants expanded examination of their effects—both intended and unintended—and techniques to ensure they are achieving their aims while minimizing costs.

The goal of the Center on Regulation and Markets is to inform and improve regulatory policymaking by providing independent scholarly insights on regulatory performance and the regulatory process, and on the efficient and equitable functioning of economic markets by convening academic experts, practitioners, and policymakers; by making recommendations, where appropriate, for regulatory reform; and by communicating findings to the public and to policymakers. It will address this need for impartial, non-partisan, academically-based analysis on a wide array of critical regulatory issues, aimed at providing concrete and practical recommendations for reform.

Sanjay Patnaik, Director and Bernard L. Schwartz Chair in Economic Policy Development
Sanjay is the director of the Center on Regulation and Markets (CRM), a fellow in Economic Studies at Brookings, and the Bernard L. Schwartz Chair in Economic Policy Development. His research focuses on climate policies (specifically carbon pricing), business and government relations, corporate political strategy, globalization and international business. He is particularly interested in emissions trading programs, their role in mitigating climate change, and their effect on firm behavior. In more recent work, he focuses on how companies and governments can reduce their exposure to climate change by treating the problem as a risk management issue. Trained as an applied economist, Sanjay earned his doctorate at Harvard University. He regularly shares relevant research and news on Twitter @sanjay_patnaik. 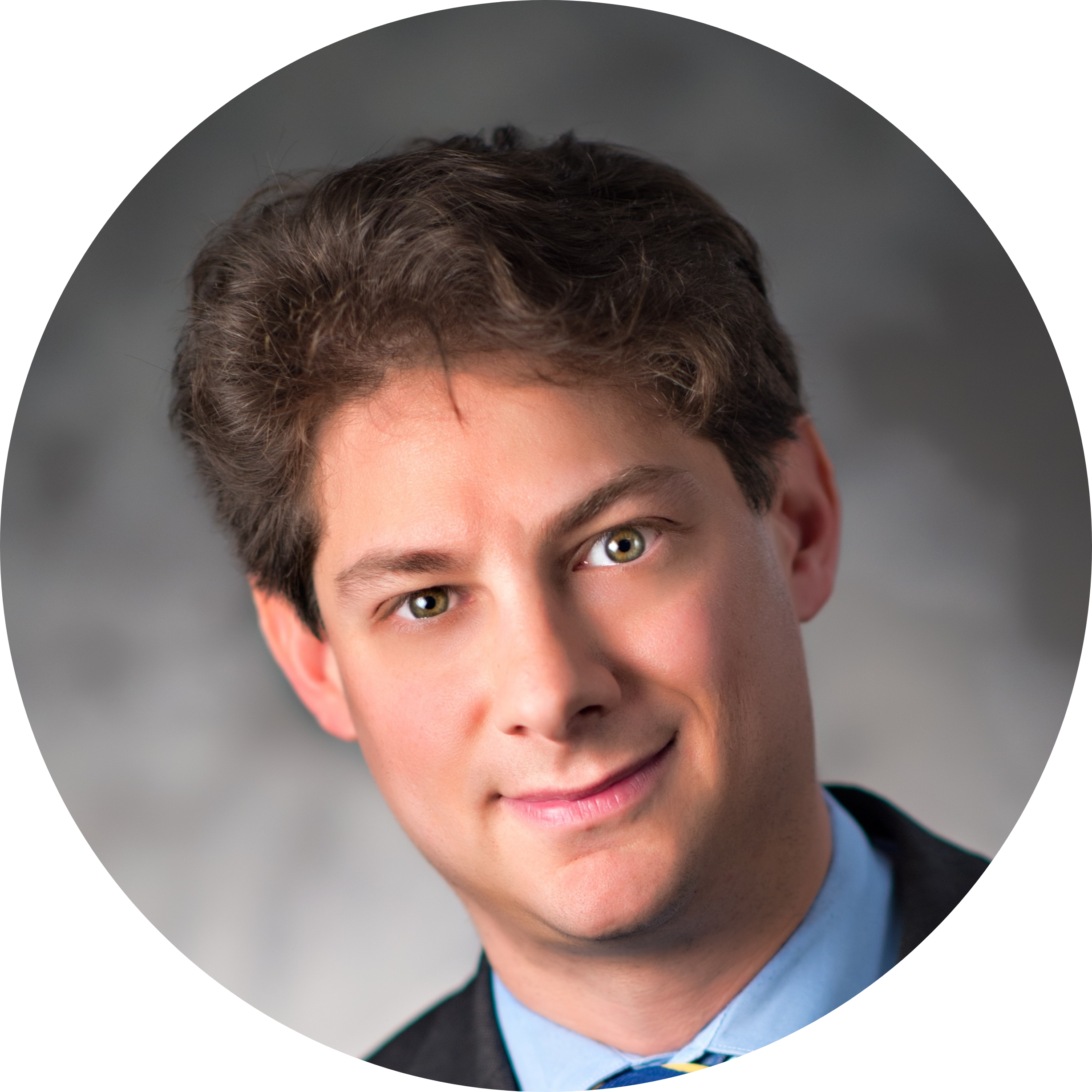 Aaron Klein, Senior Fellow
Aaron is a Senior Fellow with the Center on Regulation and Markets. He focuses on financial regulation and technology, macroeconomics, and infrastructure finance and policy. Previously, he directed the Bipartisan Policy Center’s Financial Regulatory Reform Initiative and served at the Treasury Department as deputy assistant secretary for economic policy. Prior to his appointment in 2009, he served as Chief Economist of the Senate Banking, Housing and Urban Affairs Committee for Chairmen Chris Dodd and Paul Sarbanes and helped secure passage of the Dodd-Frank Wall Street Reform and Consumer Protection Act of 2010.

Martin Neil Baily, Senior Fellow
Martin is a Senior Fellow in Economic Studies at Brookings. He returned to Brookings in September 2007 to develop a program of research on business and the economy and currently studies financial regulation and productivity growth. He is currently writing a book on a new paradigm for retirement savings. Martin is also a Senior Advisor to the McKinsey Global Institute and to the Albright Stonebridge Group, as well as the co-chair of the Financial Regulatory Reform Initiative of the Bipartisan Policy Center, and a member of the Squam Lake Group of financial economists.

Nellie Liang, Miriam K. Carliner Senior Fellow
Nellie is a Senior Fellow whose research specialties include financial stability, credit markets, and the intersection of monetary and financial policy. She also is a Visiting Scholar at the International Monetary Fund, Lecturer at the Yale School of Management, and is a member of the Congressional Budget Office’s Panel of Economic Advisors. She has published papers in the Journal of Financial Economics, the Journal of Financial and Quantitative Analysis, and the Journal of Banking and Finance. Prior to joining Brookings in February 2017, she was the founding director of the Division of Financial Stability at the Federal Reserve Board.

Adele Morris, Joseph A. Pechman Senior Fellow
Adele is a Senior Fellow and serves as the policy director for Climate and Energy Economics at the Brookings Institution. Adele joined Brookings in July 2008 from the Joint Economic Committee (JEC) of the U.S. Congress, where she spent a year as a Senior Economist covering energy and climate issues. Before the JEC, Adele served nine years with the U.S. Treasury Department as its chief natural resource economist and was the lead U.S. negotiator on land use and forestry issues in 2000 on assignment to the U.S. Department of State. She also served as the senior economist for environmental affairs at the President’s Council of Economic Advisers during the development of the Kyoto Protocol. Her research informs critical decisions related to climate change, energy and natural resources, and tax policy; she is also a leading global expert on the design of carbon pricing policies.

Clifford Winston, Searle Freedom Trust Senior Fellow
Cliff has been with Brookings since 1984 and is an applied microeconomist who specializes in the analysis of industrial organization, regulation, and transportation. His most recent book, Autonomous Vehicles: The Road to Economic Growth? (2020) discusses the policy hurdles to an autotomized future.

Anna Dawson, Events Manager
Anna is an Events Manager for Economic Studies where she is responsible for professional conferences and public events for the Center on Regulation and Markets as well as the Hutchins Center and Brookings Papers on Economic Activity. Prior to joining Brookings, Anna worked in communications and events management at the National Endowment for Democracy and as an Editorial Assistant at the Center for International Private Enterprise. Anna holds a B.A. in communications and political science from the University of California, Los Angeles and a Masters in Public Diplomacy from the University of Southern California.

Siddhi Doshi, Senior Research Assistant
Siddhi is a Senior Research Assistant in the Economic Studies program at the Brookings Institution. Previously, she worked as research assistant to the chief economist at Manulife Asset Management, focusing on macroeconomic forecasting, and as a co-op at Wayfair, working on the company’s pricing algorithm. Siddhi received her B.S. in Economics and Mathematics from Northeastern University. Her research interests are climate and energy economics, productivity, and retirement.

Kelly Kennedy, Research Assistant
Kelly is a Research Assistant for the Center on Regulation and Markets. Before joining Brookings, she worked in development at the Public Justice Foundation. Kelly received her B.A. in Political Science and Economics from the University of North Carolina at Chapel Hill, where her honors thesis examined the impact of international investment agreements on regulatory enforcement. Her research interests center on the influence of international political and economic ties on domestic regulatory processes.

Mary King, Project Manager
Mary is the Project Manager for the Center on Regulation and Markets and the Brookings Papers on Economic Activity. She oversees the Center’s projects and operations, including outreach implementation and communications and development strategies. Prior to joining Brookings, Mary worked as an Office Manager at Penn State University and managed volunteer services for the American Red Cross. She is a graduate of Lebanon Valley College where she earned a B.S. in Psychology.

Robert E. Litan, Non-resident Senior Fellow
As an economist and attorney, Robert Litan has had over four decades of experience in the worlds of the law, economic research and policy, and as an executive in both the private, public and government sectors. Through his extensive publications and many speeches and testimony, he has become a widely recognized national expert in regulation, specializing in finance, antitrust economics and law; entrepreneurship; and international trade, among other policy subjects. Litan currently is a Partner with Korein Tillery, a law firm based in St. Louis and Chicago specializing in large case antitrust litigation and a Non-resident Senior Fellow at the Brookings Institution. During his career, he has directed economic research at the Brookings Institution, the Kauffman Foundation and Bloomberg Government.

Philip Wallach, AEI
Phil is a resident scholar at AEI and serves as the editor of the Series on Regulatory Process and Perspective. He studies America’s separation of powers, with a focus on regulatory policy issues and the relationship between Congress and the administrative state and was previously a Senior Fellow at Brookings. He is the author of To the Edge: Legality, Legitimacy, and the Responses to the 2008 Financial Crisis (2015).

Mike Calhoun, Center for Responsible Lending
Mike Calhoun is president of the Center for Responsible Lending (CRL), where he provides management and policy leadership. Prior to joining CRL in 2001, Mike led several lending divisions at Self-Help, providing responsible consumer loans, as well as mortgages and small business loans. He writes for the Series on Financial Markets and Regulation.

Peter Conti-Brown, University of Pennsylvania
Peter is an assistant professor at The Wharton School of the University of Pennsylvania and Nonresident Fellow in Economics Studies at The Brookings Institution, where he is affiliated with the Hutchins Center for Fiscal and Monetary Policy and the Center on Regulation and Markets and writes for the Series on Financial Markets and Regulation.

Bridget C. E. Dooling, George Washington University
Bridget is a research professor with the GW Regulatory Studies Center. Previously, she was a deputy chief, senior policy analyst, and attorney for the Office of Information and Regulatory Affairs (OIRA) at the U.S. Office of Management and Budget (OMB). She is a contributor for the Series on Regulatory Process and Perspectives.

Anne Joseph O’Connell, University of California, Berkeley
Anne is the George Johnson Professor of Law at the University of California, Berkeley and a contributor to the Series on Regulatory Process and Perspective. She has written on numerous topics, including political appointees, bureaucratic organization (and reorganization), agency decisions in emergencies, political changes in agency rulemaking, and congressional oversight.

Rachel Augustine Potter, University of Virginia
Rachel is an Assistant Professor of Politics at the University of Virginia and a contributor to the Series on Regulatory Process and Perspective. Her research interests include American political institutions, regulation, public policy, public administration, and the influence of separation of powers on bureaucratic decision-making.

Connor Raso, SEC
Connor serves as counsel at the U.S. Securities and Exchange Commission and is a contributor to the Series on Regulatory Process and Perspective. He is a lawyer and social scientist with deep experience in federal administrative law and regulatory practice, securities law, federal consumer financial law, cost-benefit analysis, banking law, and empirical analysis.