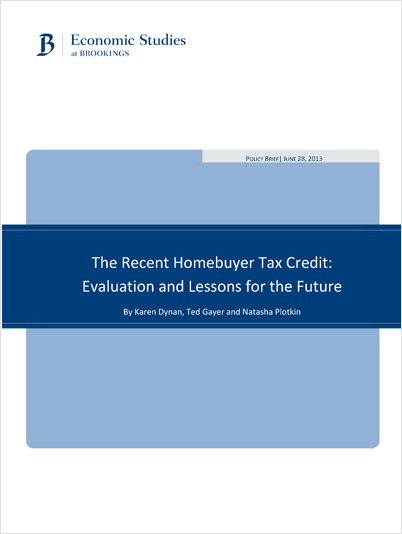 In an in-depth study of the federal homebuyer tax credit and complementary state-level initiatives, we look at how the programs were structured and, based on their features, what effects one would expect on the economy. We also look for evidence of how the programs affected housing market conditions, both while in progress and after they ended. Using a variety of analytical techniques, we find that these initiatives likely provided a modest short-term boost to housing demand, but that some of these effects were reversed after the expiration of the credits.

Based on our study, we offer the following lessons to future policymakers contemplating the use of a homebuyer tax credit as a stabilization tool: